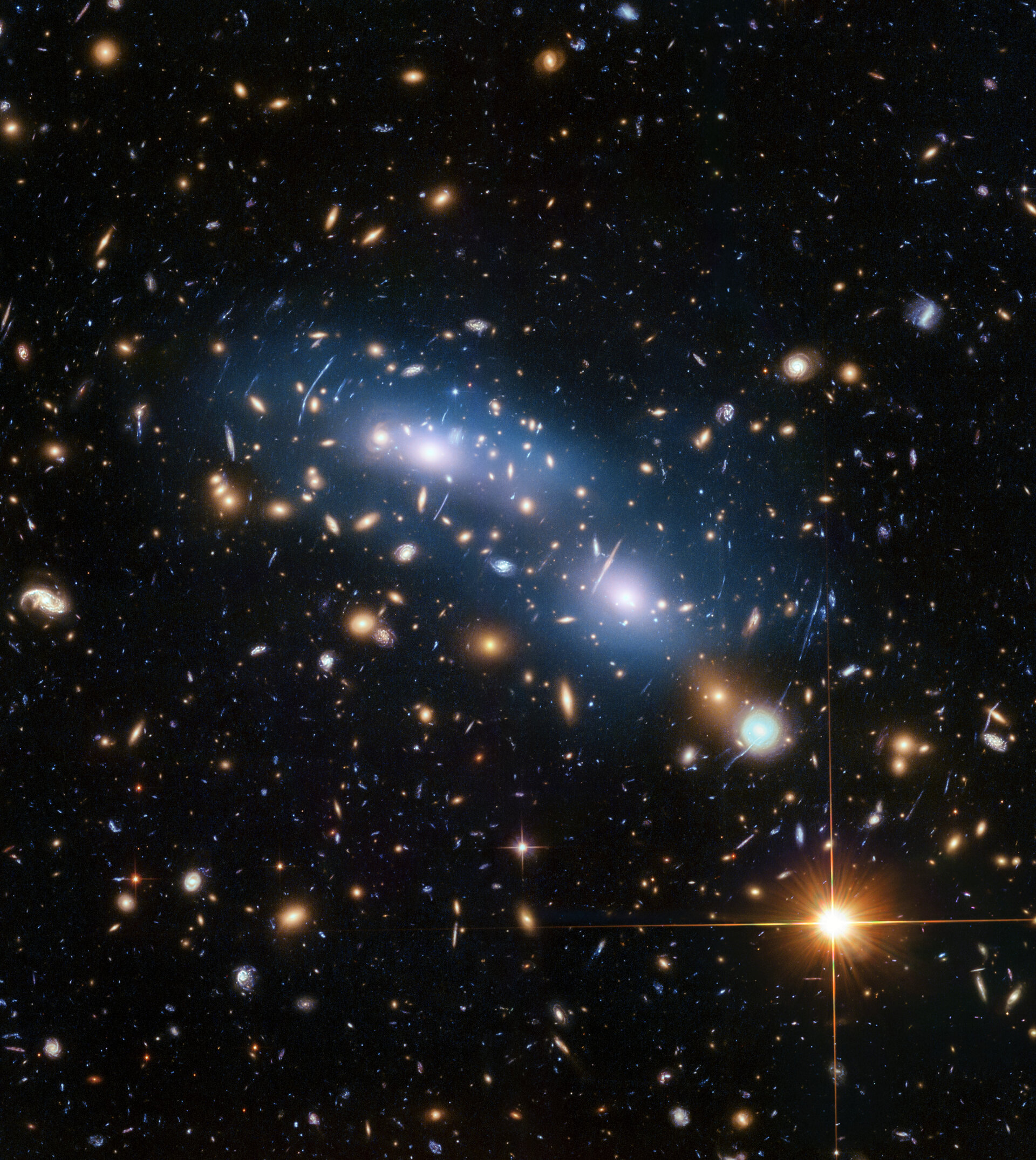 New results from the NASA/ESA Hubble Space Telescope suggest the formation of the first stars and galaxies in the early Universe took place sooner than previously thought. A European team of astronomers have found no evidence of the first generation of stars, known as Population III stars, as far back as when the Universe was just 500 million years old.

The study, led by ESA research fellow Rachana Bhatawdekar, probed the early Universe from about 500 million to 1 billion years after the Big Bang by investigating Hubble's views of the galaxy cluster MACSJ0416, pictured in this image, and its parallel field – a nearby region in the sky which was imaged with the same exposure time as the cluster itself. The team combined these observations, which were obtained as part of the Hubble Frontier Fields programme to produce the deepest observations ever made of galaxy clusters and the galaxies located behind them – magnified by the gravitational lensing effect, with supporting data from NASA’s Spitzer Space Telescope and the ground-based Very Large Telescope of the European Southern Observatory (ESO).

The exploration of the very first galaxies remains a significant challenge in modern astronomy. We do not know when or how the first stars and galaxies in the Universe formed. These questions can be addressed with the Hubble Space Telescope through deep imaging observations, allowing astronomers to view the Universe back to within 500 million years of the Big Bang.

Rachana and collaborators set out to study the first generation of stars in the early Universe, or Population III stars. Forged from the primordial material that emerged from the Big Bang, these stars must have been made solely out of hydrogen, helium and lithium, the only elements that existed before processes in the cores of these stars could create heavier elements, such as oxygen, nitrogen, carbon and iron.

Thanks to a newly developed technique to remove the light from the bright foreground galaxies in the cluster, the team discovered background galaxies with lower masses than ever previously observed with Hubble, at a distance corresponding to when the Universe was less than a billion years old. In the cosmic interval they probed, they found no evidence of the first-generation Population III stars.

These results show that galaxies must have formed much earlier than astronomers thought. They also suggest that the earliest formation of stars and galaxies occurred much earlier than can be probed with the Hubble Space Telescope, leaving an exciting area of further research for the upcoming NASA/ESA/CSA James Webb Space Telescope — to study the Universe’s earliest galaxies.