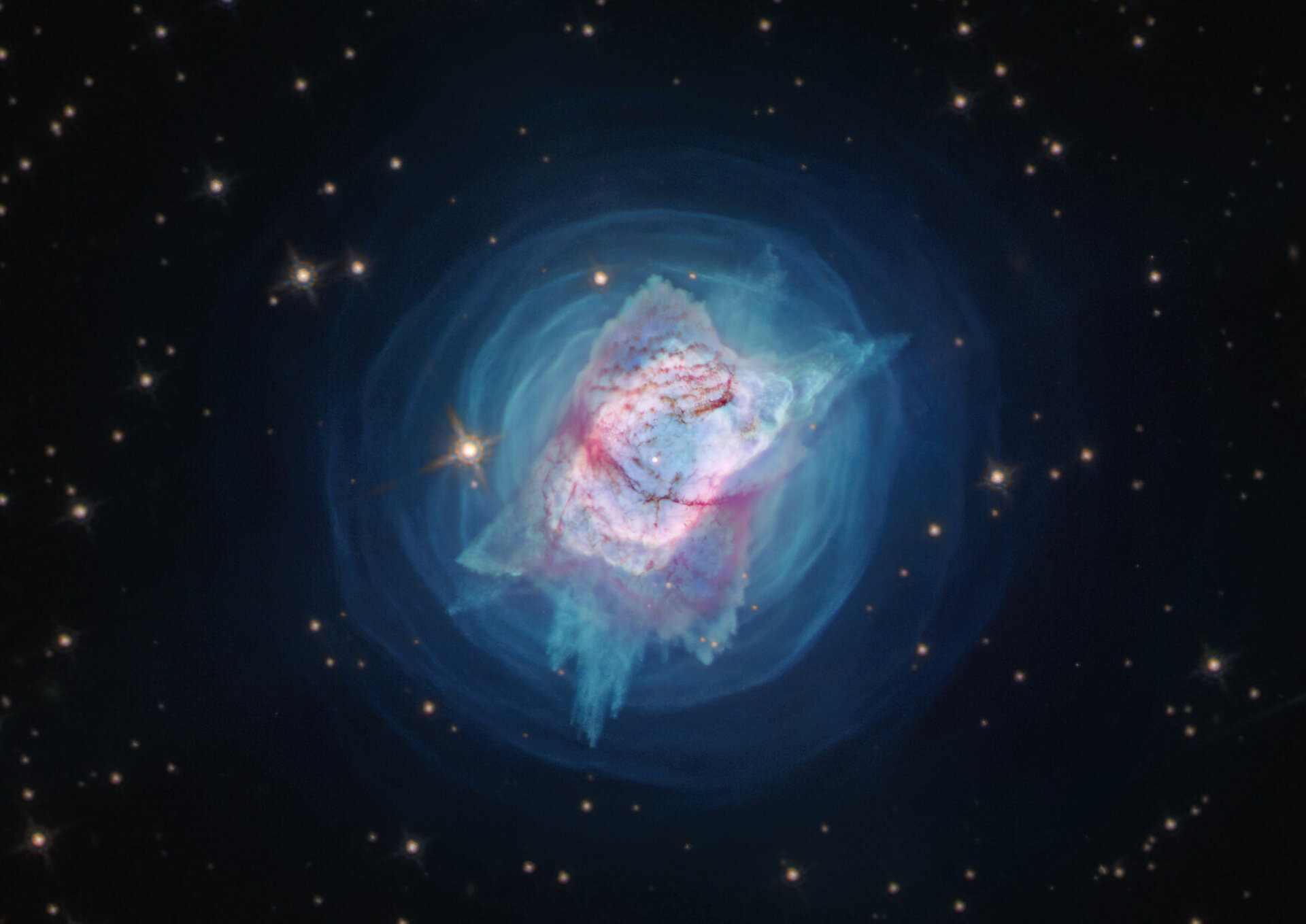 This image from the NASA/ESA Hubble Space Telescope depicts NGC 7027, or the “Jewel Bug” nebula.

The object had been slowly puffing away its mass in quiet, spherically symmetric or perhaps spiral patterns for centuries — until relatively recently when it produced a new cloverleaf pattern.

New observations of the object have found unprecedented levels of complexity and rapid changes in the jets and gas bubbles blasting off of the star at the centre of the nebula.