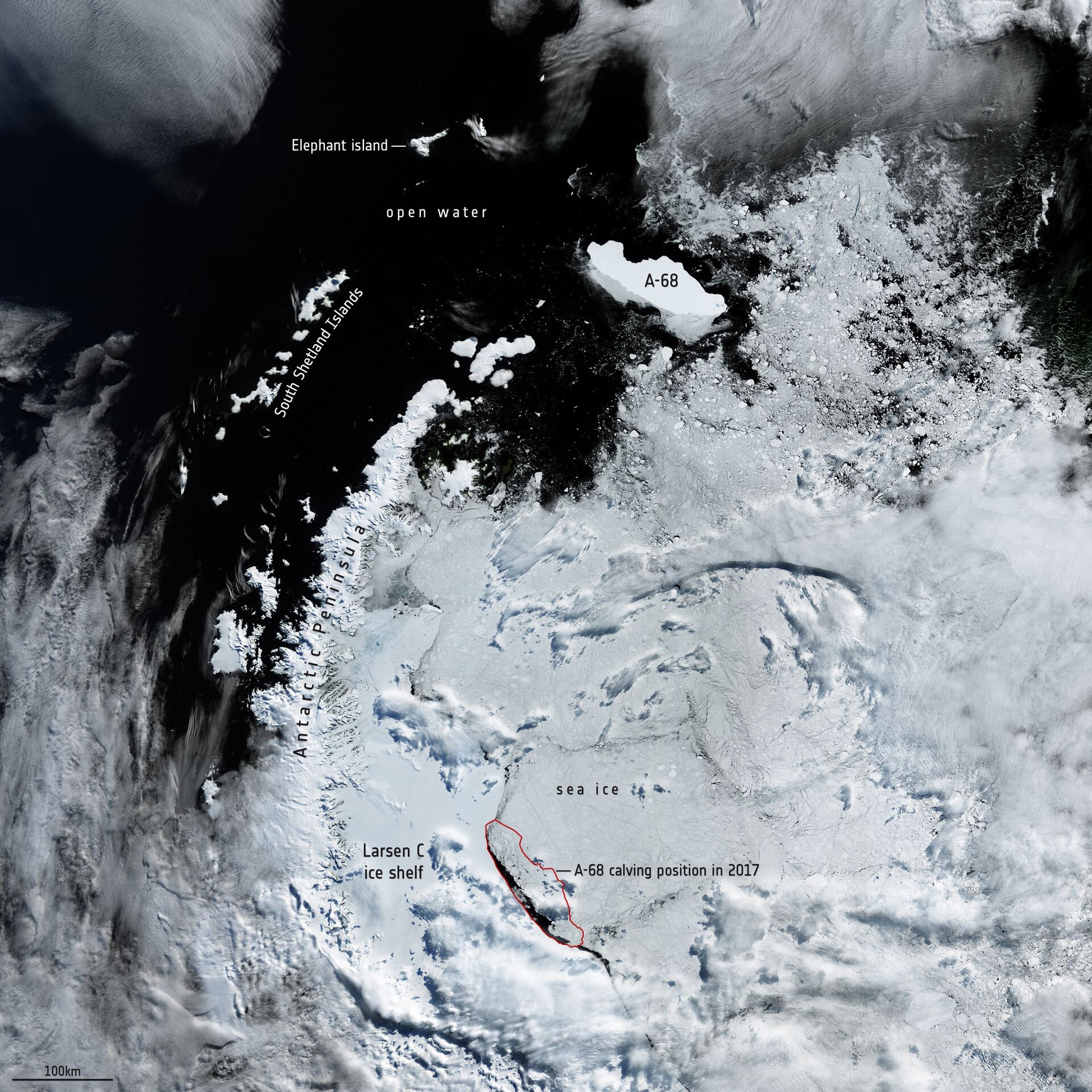 A huge iceberg called A68 calved from the Antarctic Peninsula’s Larsen C ice shelf on 12 July 2017. This image, which was captured by the Copernicus Sentinel-3 mission, shows its position on 9 February 2020. The berg is now known as A-68A after losing two chunks of ice: A-68B and A-68C. Antarctic icebergs are named from the Antarctic quadrant in which they were originally sighted, then a sequential number, then, if the iceberg breaks, a sequential letter.