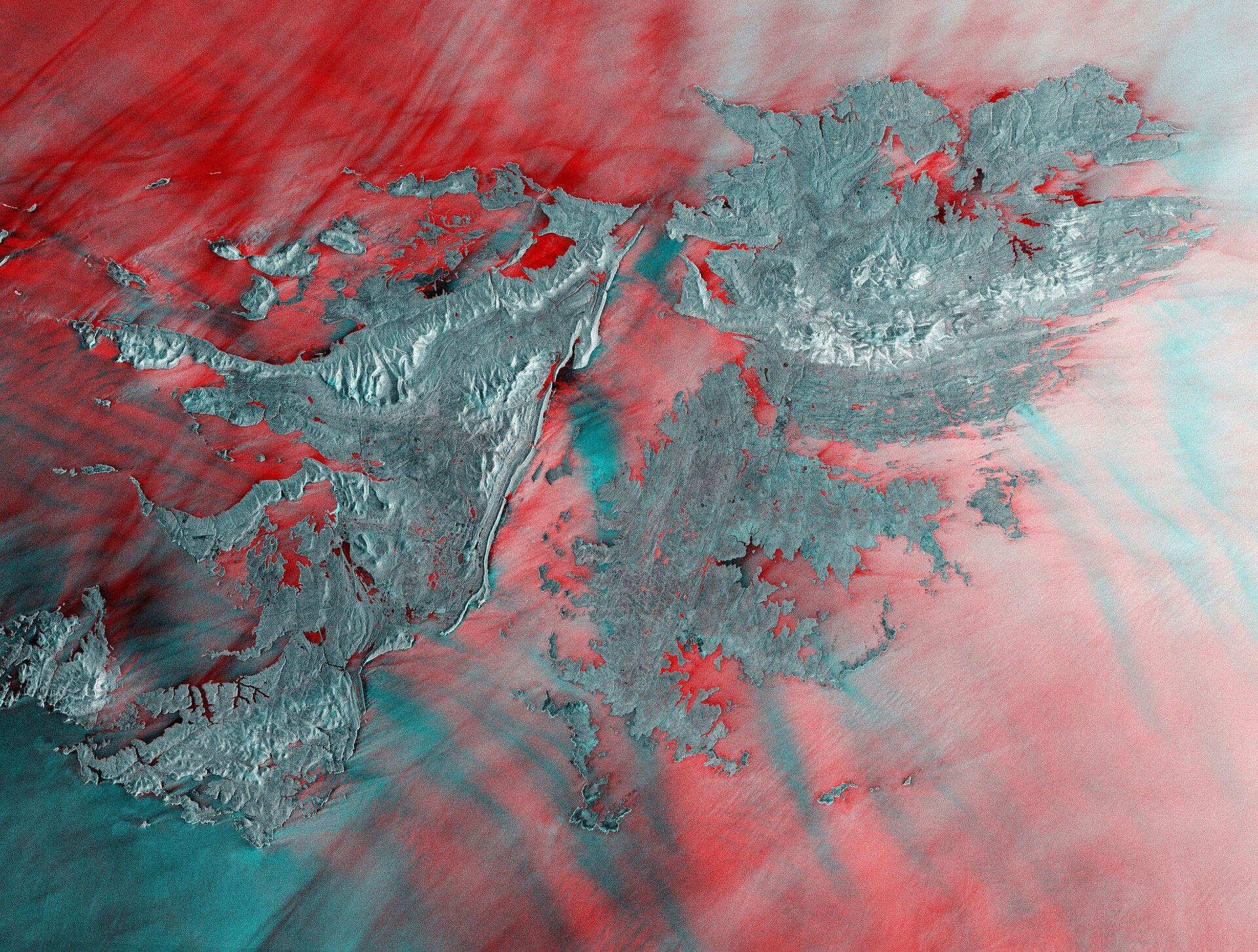 The Falkland Islands are featured in this radar image captured by the Copernicus Sentinel-1 mission.

The Falkland Islands lie in the South Atlantic Ocean, around 500 km northeast of the southern tip of South America. The Falklands comprise two main islands, West Falkland and East Falkland, as well as hundreds of other smaller islands and islets, which form a total land area approximately five times the size of Luxembourg. The two main islands are separated by the Falkland Sound, a channel that averages around 20 km in width.

This multi-temporal image combines two radar acquisitions from the Copernicus Sentinel-1 mission taken one month apart to show changes over time. The first image was captured on 29 December 2019, while the second was taken on 22 January 2020. Here, the main changes between acquisitions occurred in the open ocean, with the bright red colours showing wavy waters in December 2019.

The Copernicus Sentinel-1 mission provides a continuous sampling of the seas, offering information on wind and waves. This is useful for understanding interactions between waves and currents and to improve efficiency for shipping and wave-energy applications, potentially producing economic benefits.

The landscape of the Falkland Islands comprises mountain ranges, flat plains, rugged coastline and cliffs. Hills run east-west across the northern parts of the two main islands, with the highest point being Mount Usborne on East Falkland (around 700 m). Two inlets, Berkeley Sound and Port William, visible in the far right of the image, run far into the land and provide anchorage for shipping. The majority of the population of the islands live in Stanley, on East Falkland.

The islands are covered with grasslands, but not trees, which are widely used as pastureland for sheep and cattle. The islands are also an important habitat and breeding grounds for birds, penguins and seals.