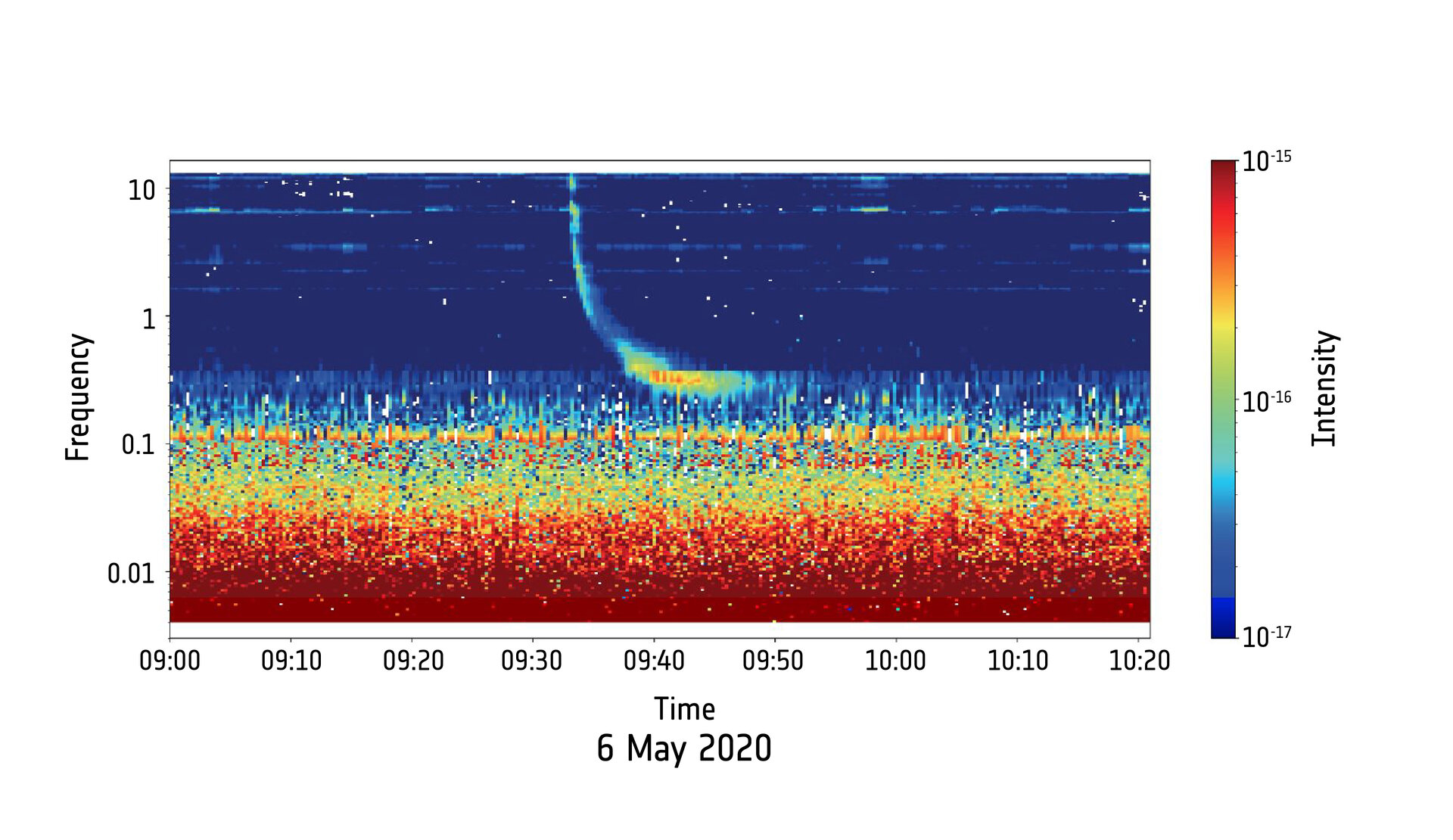 ‘Listening’ in for energetic electrons with Solar Orbiter

The Sun is a very efficient particle accelerator. During solar flares, bursts of high-energy particles can be injected into interplanetary space. The Earth’s magnetic field and atmosphere protects us from most of the possible harmful effects of these particles. However, when it comes to future astronaut missions to interplanetary space, this protection becomes less effective and a prediction of these solar events becomes important.

This  figure shows the first Type III burst observed by RPW. It took place on 6 May 2020, when Solar Orbiter was at roughly half the Earth’s orbital radius from the Sun. The burst starts at approximately 09:33 UT, when the accelerated electrons were still in the Sun’s outer atmosphere, known as the corona. It stops being visible at around 09:47 UT, by which time the electrons have reached a distance of around 40 solar radii.

Usually such detections are made by instruments that detect the electrons as they flow past the spacecraft. For example, the sister instrument EPD does this on Solar Orbiter. The radio technique used by RPW complements these abilities because it allows the detection of all solar electron events, even those not passing directly past the spacecraft.