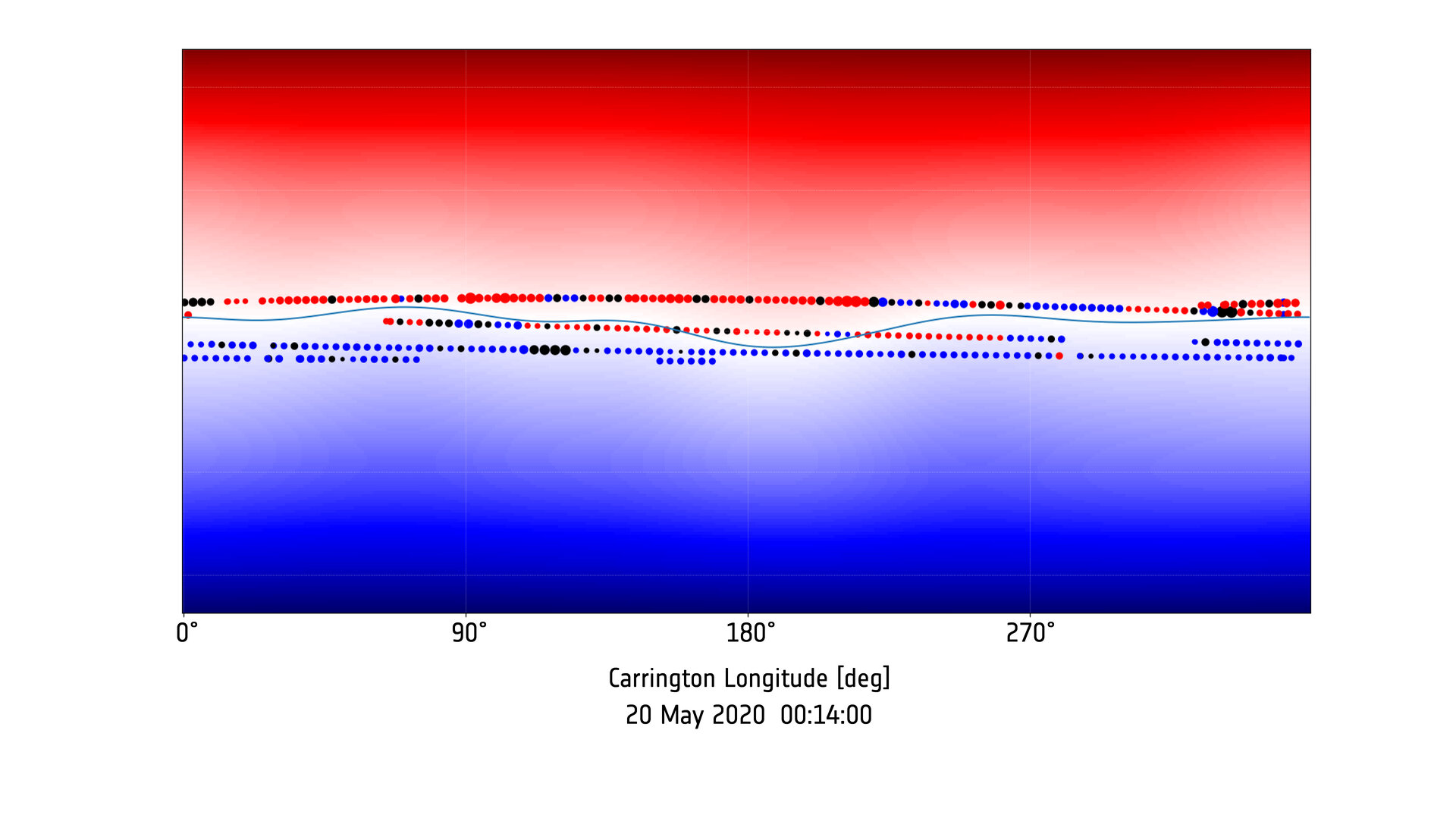 Solar Orbiter’s Magnetometer (MAG) instrument measures the magnetic field in the solar wind as it flows past the spacecraft. The solar wind is a stream of electrically charged particles from the Sun that carries magnetic fields with it. This graph shows a map of the Sun’s magnetic polarity (north and south are shown in red and blue respectively) with measurements from the Solar Orbiter magnetometer overlaid (the coloured dots). The two show excellent agreement with one another, indicating that the solar wind carries the Sun’s magnetic field out into the wider Solar System.

Over the course of its mission, Solar Orbiter will map the Sun’s magnetic field and the changes that occur during the course of the Sun’s 11-year cycle of magnetic activity, known as the solar cycle. During this time, Solar Orbiter will also change its orbit so that it travels to higher latitudes, which will enable it to see more of the Sun’s polar regions. In this way, the mission will map the global magnetic field of the entire Sun, not just the equatorial regions. Scientists will use this information to connect events on the Sun to the measurements made at the spacecraft.