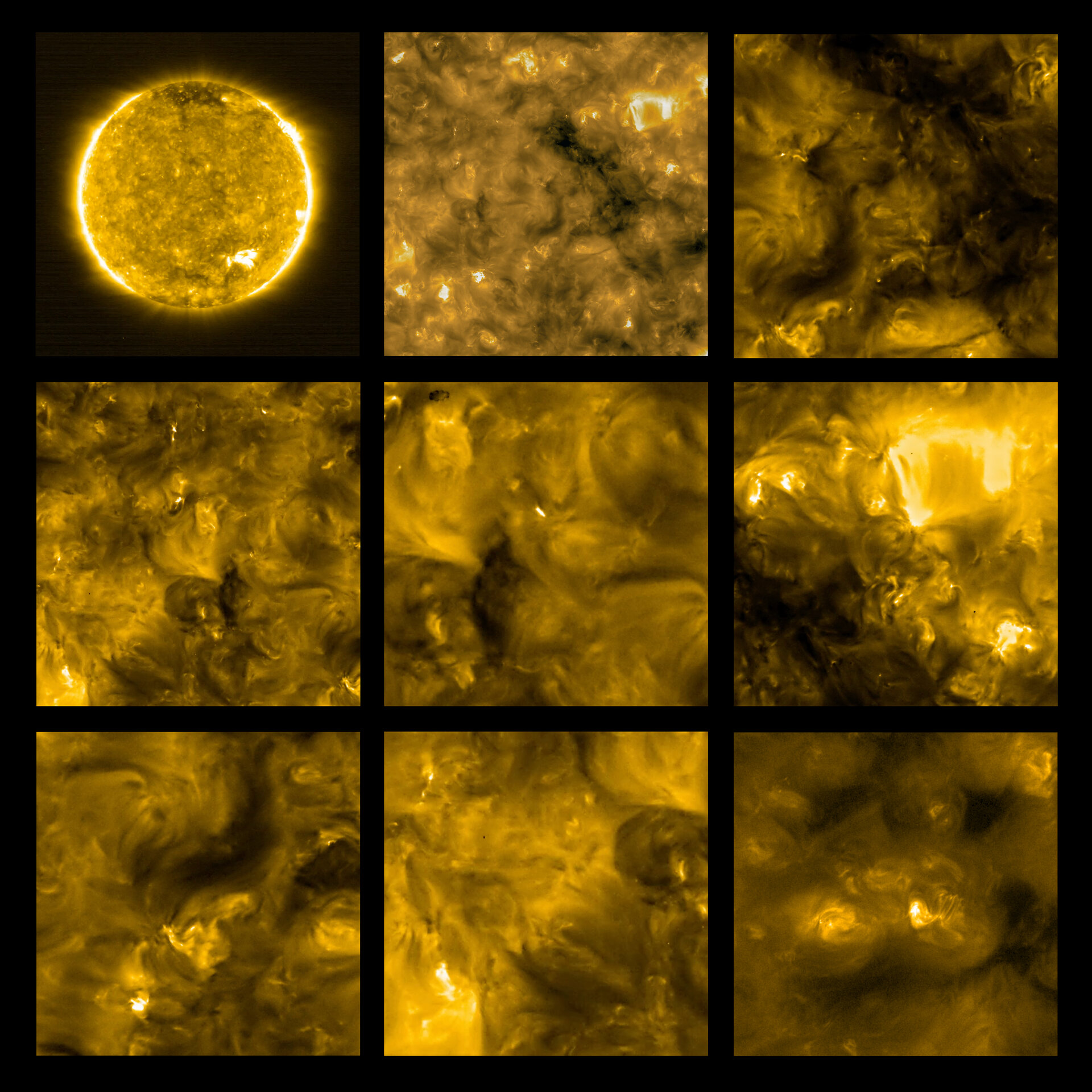 The Extreme Ultraviolet Imager (EUI) on ESA’s Solar Orbiter spacecraft took these images on 30 May 2020. They show the Sun’s appearance at a wavelength of 17 nanometers, which is in the extreme ultraviolet region of the electromagnetic spectrum. Images at this wavelength reveal the upper atmosphere of the Sun, the corona, with a temperature of around 1 million degrees. EUI takes full disc images (top left) using the Full Sun Imager (FSI) telescope, as well as high resolution images using the HRIEUV telescope.

On 30 May, Solar Orbiter was roughly halfway between the Earth and the Sun, meaning that it was closer to the Sun than any other solar telescope has ever been before. This allowed EUI to see features in the solar corona of only 400 km across. As the mission continues, Solar Orbiter will go closer to the Sun and this will increase the instrument’s resolving power by a factor of two at closest approach.

Even before this, however, these images reveal a multitude of small flaring loops, erupting bright spots and dark, moving fibrils. A ubiquitous feature of the solar surface, revealed for the first time by these images, have been called ‘campfires’. They are omnipresent minuature eruptions that could be contributing to the high temperatures of the solar corona and the origin of the solar wind.

The colour on this image has been artificially added because the original wavelength detected by the instrument is invisible to the human eye.

The extended grey shape visible in the top left part of the central image is not a solar feature but is caused by a sensor artefact.