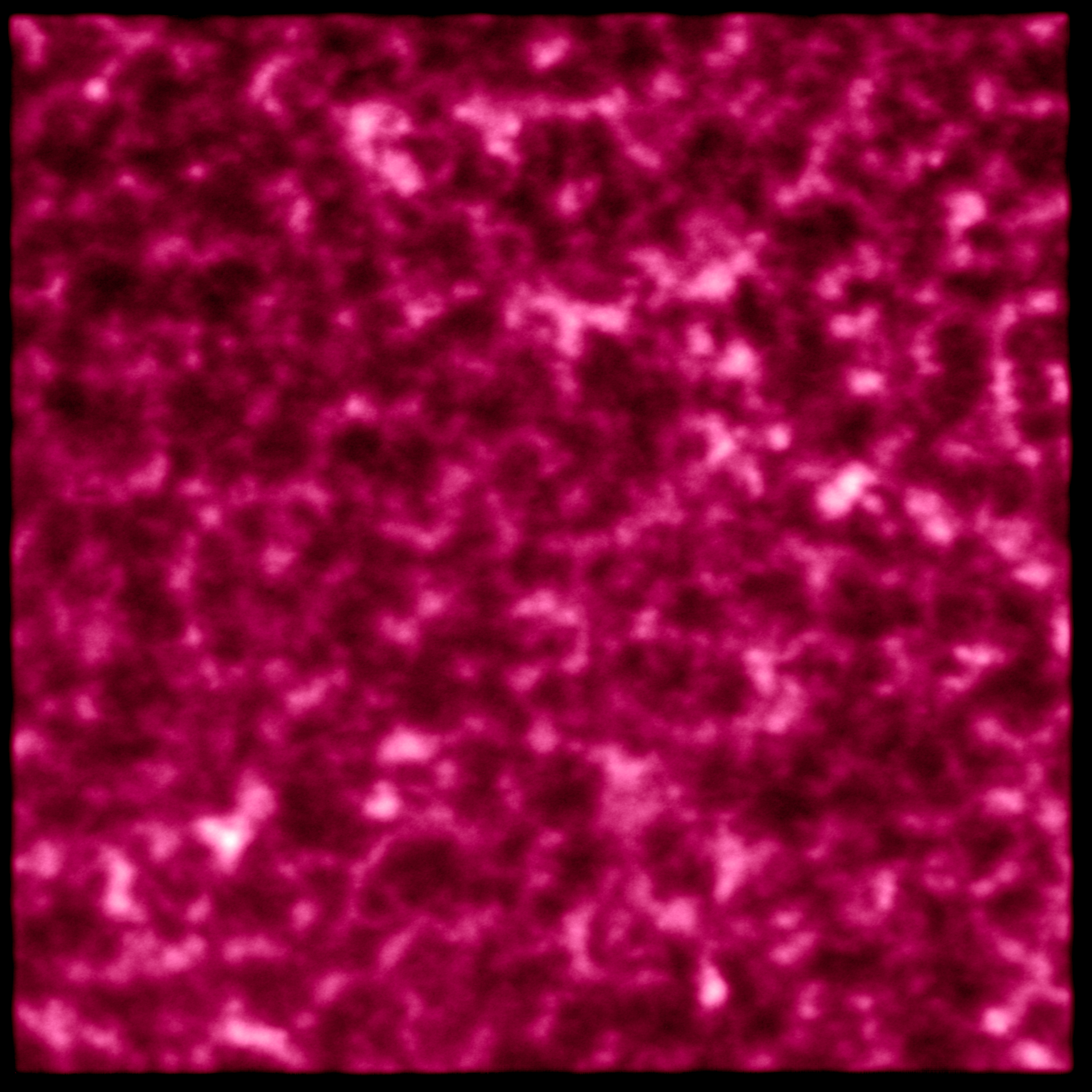 These solar images have been produced by the high resolution imager, HRILYA telescope, which is part of the Extreme Ultraviolet Imager (EUI) instrument on ESA’s Solar Orbiter spacecraft. The images show the solar surface in a particular ultraviolet wavelength that is produced by hydrogen, the most abundant chemical element in the Universe. The wavelength is known as Lyman-alpha and has a wavelength of 121.6 nm.

Here, it shows the solar atmosphere below the hot corona revealed by EUI’s HRIEUV telescope. The ‘network’ structure seen in the images is characteristic of a region of the solar atmosphere known as the chromosphere. This section of the Sun’s lower atmosphere has a temperature of about ten-thousand to hundred-thousand degrees Kelvin. It is an important transition region in the solar atmosphere where the electrically charged gas, known as plasma, is increasingly dominated by the magnetic field of the Sun. The pattern is produced by convective motions underneath, but individual bright features within this pattern can correspond to the footprints of magnetic structures higher up in the corona.

The violet colour has been artificially added to help visual identification of this region.

EUI has produced these images of the solar corona from roughly halfway between the Earth and the Sun, closer to the Sun than any other solar telescope ever. This allows it to see small features of only a few hundred km in size.