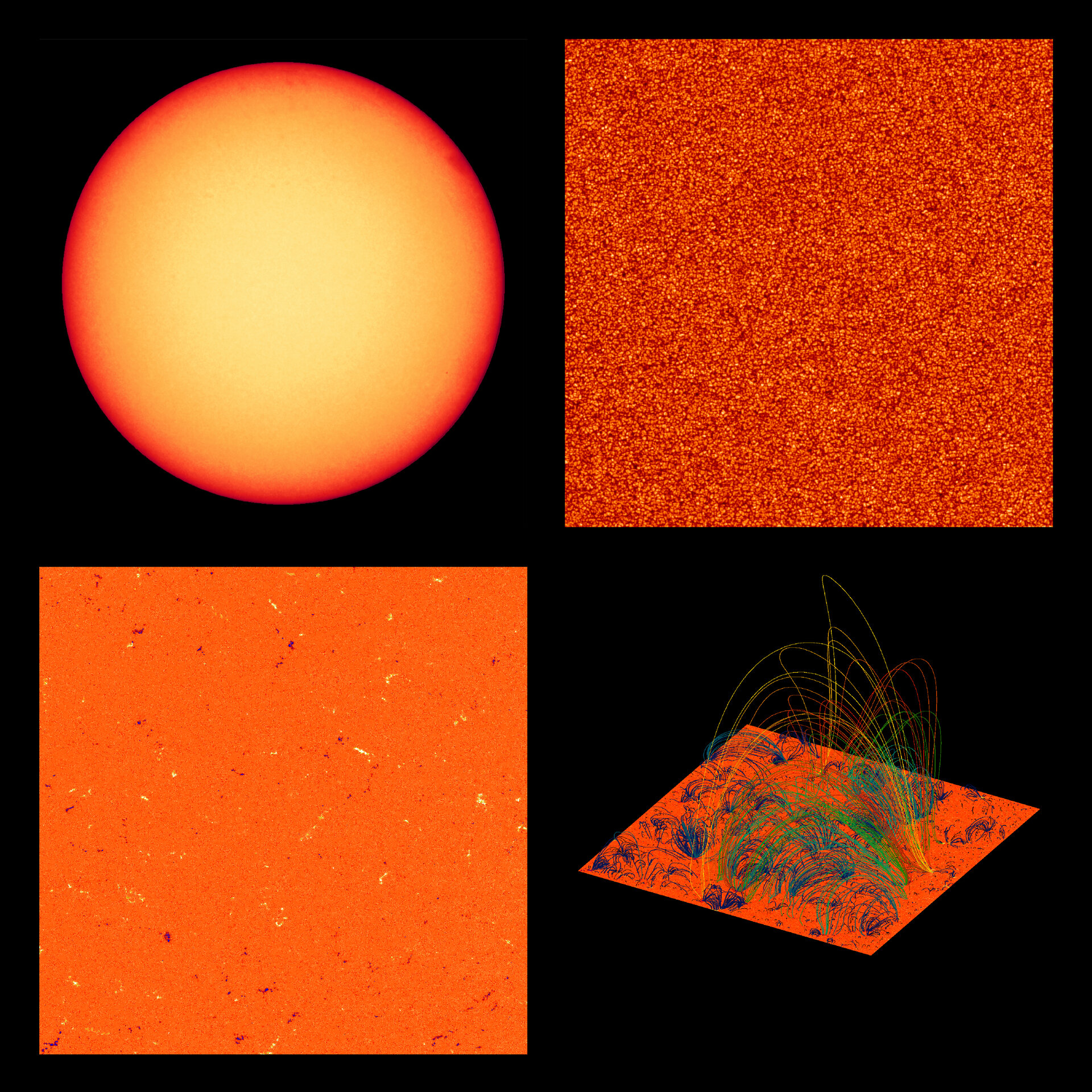 The Sun and its magnetic properties

The Polarimetric and Helioseismic Imager (PHI) on ESA’s Solar Orbiter measures the magnetic field near the Sun’s surface and allows the investigation of the Sun’s interior via the technique of helioseismology. In these images, PHI reveals the breadth of information it can unlock.

The top left hand image was taken on 18 June 2020 using the PHI Full Disk Telescope. It shows the Sun as it would appear to the naked eye. Currently our nearest star is magnetically quiet, which means that there are no visible sunspots. This is not to say that there are no magnetic fields threading the solar surface and atmosphere.

The bottom left image was taken on 28 May 2020 with the PHI, High Resolution Telescope. It is a magnetogram that spans an area of approximately 200 000 km x 200 000 km on the solar surface. The small structures seen are magnetic regions of both north and south polarities, some of which have sizes of a few 1000 km.

The bottom right image shows an extrapolation of the magnetic field lines emanating from the magnetic structures into the upper solar atmosphere, which the EUI telescope images.

The top right image shows the visible appearance of this patch on the sun’s surface. The granulation pattern represents the up and down flows of hot, electrically charged gas, known as plasma, that occurs under the Sun’s visible surface.