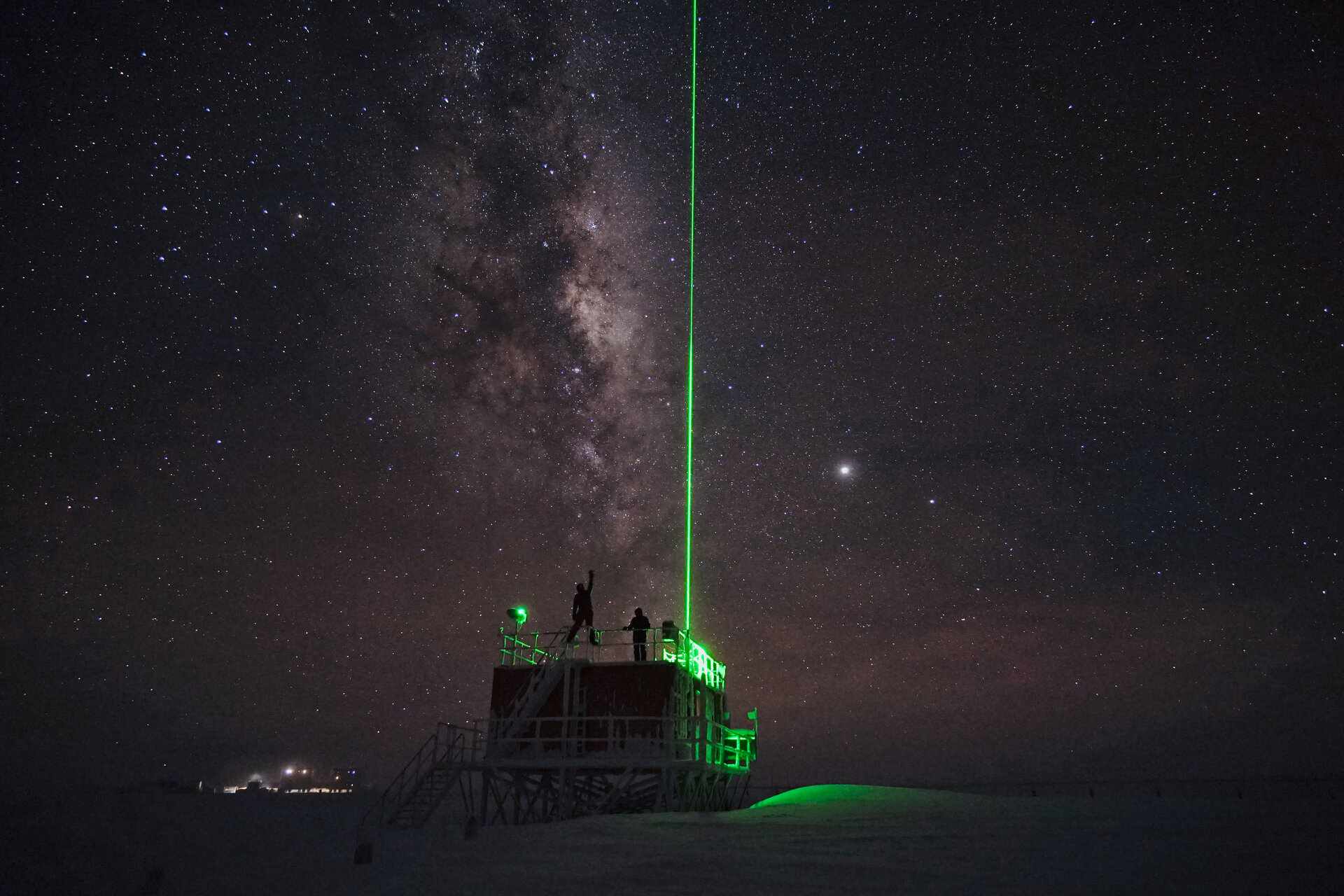 Return of the LIDAR

In a peninsula far, far away, a laser shoots into the sky to study the Antarctic atmosphere at Concordia research station.

The Light Detection and Ranging instrument, or LIDAR, is a remote sensing technique that uses light to study an object.

A pulsed laser beam is aimed at the target and properties of the resulting scattered light are recorded by sensors. Using these measurements, researchers collect information about the atmosphere, including density, temperature, wind speed, cloud formation and aerosol particles.

These changes to Earth’s surface are largely caused by human activity. Increased greenhouse gas emissions are raising temperatures and the release of chlorofluorocarbons is thinning the ozone layer, particularly in the Polar Regions.

The station operates two LIDAR instruments. The one imaged is the smaller of the two, located 500 m south of the station. A laser beam is emitted daily for one minute every five minutes during the winter period.

Atmospheric physics and chemistry is one field of research undertaken at Concordia to assess the Antarctic climate and overall climate change.

Concordia also runs biomedical studies as an analogue for space exploration. Each year ESA sponsors a research doctor to continue studies on the psychological, physiological and social effects of living in an isolated, confined and extreme environment.

Read more about studies at Concordia on the blog.