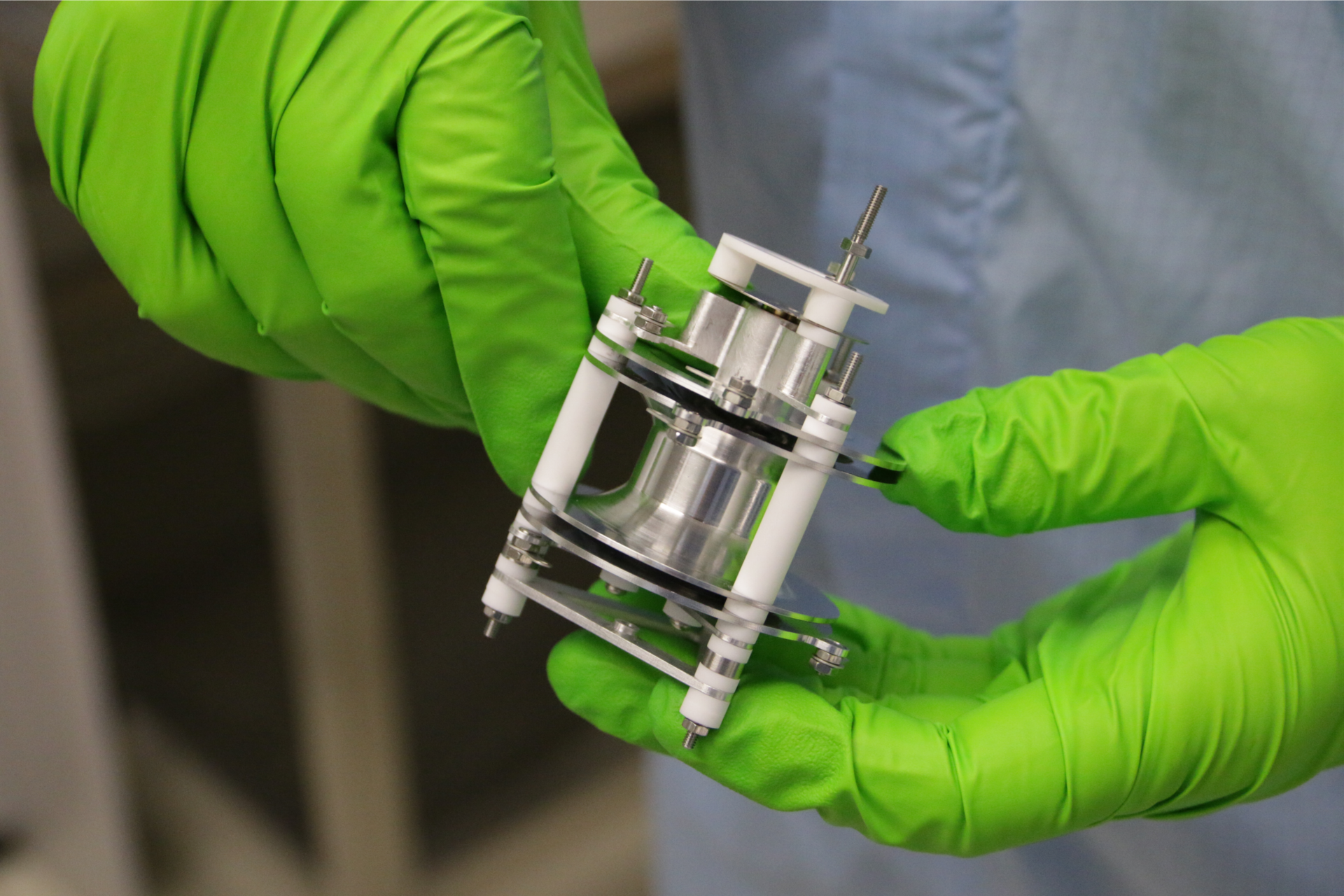 A new sensor to identify lunar volatiles is being assembled in a clean room at The Open University, UK ahead of some exciting missions to the Moon.

The Ion Trap Mass Spectrometer (ITMS) imaged above is a part of an instrument that will detect lunar volatiles from both the extremely thin atmosphere of the Moon and from the lunar soil.

Its name is the Exospheric Mass Spectrometer (EMS), a key element of the PITMS instrument on NASA's Astrobotic mission that will fly to the Valles Mortis region of the Moon in 2021.

The sensor is also part of ESA’s Prospect mission to study lunar water ice on board the Russian Luna-27 lander, set for launch in 2025. The platform will sample potential resources on the Moon to prepare technologies for future sustainable exploration.

Developed by scientists at The Open University under an ESA contract, ITMS is based on an ‘ion trap’, an ingenious device that allows researchers to identify and quantify sample atoms and molecules through a technique known as mass spectrometry.

Lunar molecules entering the sensor are bombarded by electrons emitted by a heated wire to create ions. The resulting ions are stored within an electric field formed by a set of precisely-shaped electrodes. The ions are then released from this ‘trap’ in order of increasing mass/charge ratio into the detector that identifies and quantifies their chemical makeup.

In order to perform these sensitive measurements, the sensor must be assembled and kept in extremely clean conditions.

Scientists at Open University are excited about the science they hope to get from those lunar missions.

“For the first time we can measure how, and in what forms, water is distributed across, above and below the surface.  We can test theories of how the Moon got its water. And we can assess the availability of water ice and other resources for supporting future human presence on the Moon,” explains Simeon Barber, EMS science lead at Open University.

“We expect more flight opportunities for lunar exploration missions in the future, and this project is in many ways a pathfinder for fast track payload developments,” says Roland Trautner, who manages the developments on the ESA side.