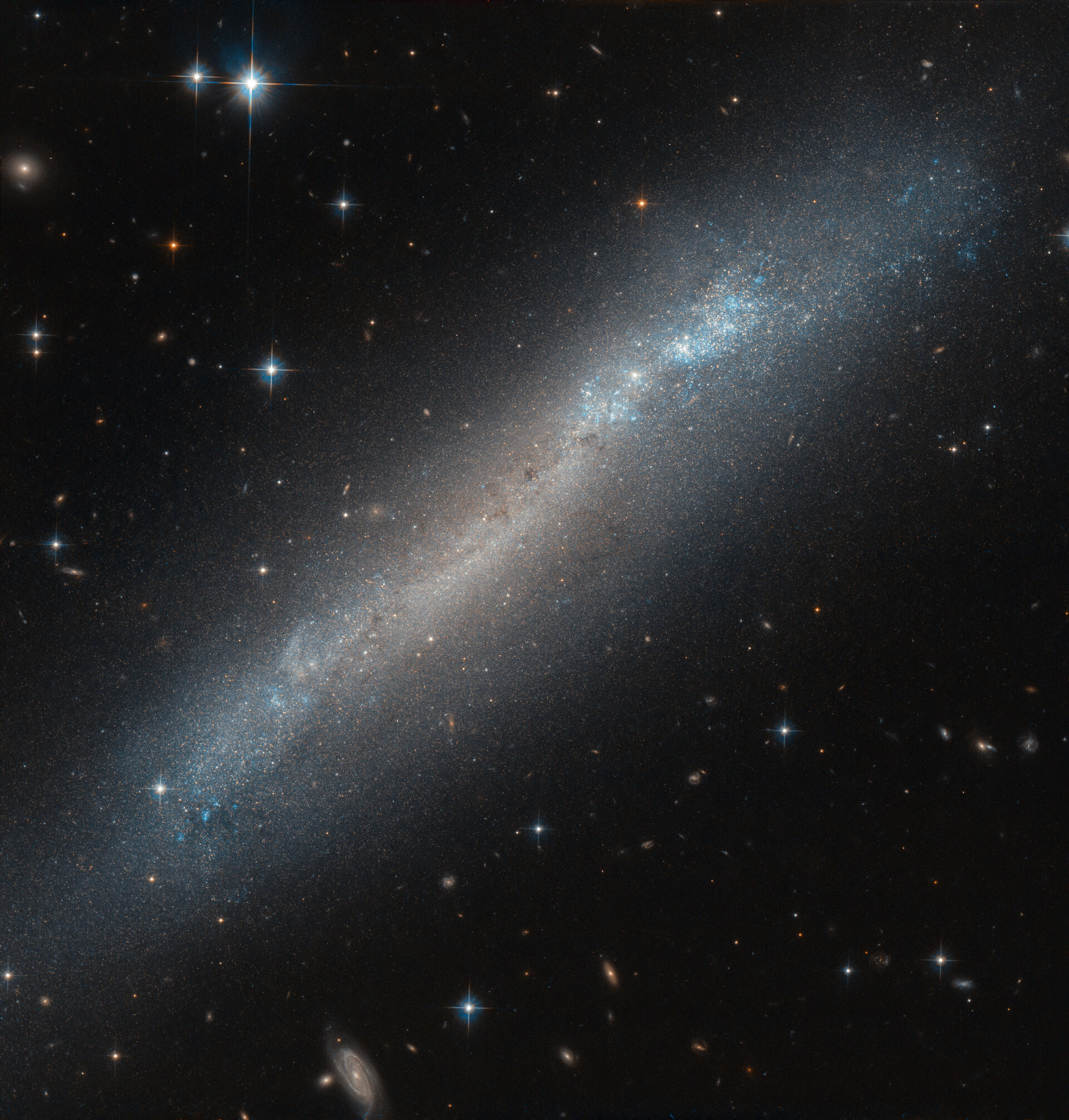 The blue and orange stars of the faint galaxy named NGC 2188 sparkle in this image taken with the NASA/ESA Hubble Space Telescope. Although NGC 2188 appears at first glance to consist solely of a narrow band of stars, it is classified by astronomers as a barred-spiral galaxy. It appears this way from our viewpoint on Earth as the centre and spiral arms of the galaxy are tilted away from us, with only the very narrow outer edge of the galaxy’s disc visible to us. Astronomers liken this occurrence to turning a dinner plate in your hands so you see only its outer edge. The true shape of the galaxy was identified by studying the distribution of the stars in the inner central bulge and outer disc and by observing the stars’ colours.

NGC 2188 is estimated to be just half the size of our Milky Way, at 50 000 light-years across, and it is situated in the northern hemisphere constellation of Columba (The Dove). Named in the late 1500s after Noah’s dove in biblical stories, the small constellation consists of many faint yet beautiful stars and astronomical objects.