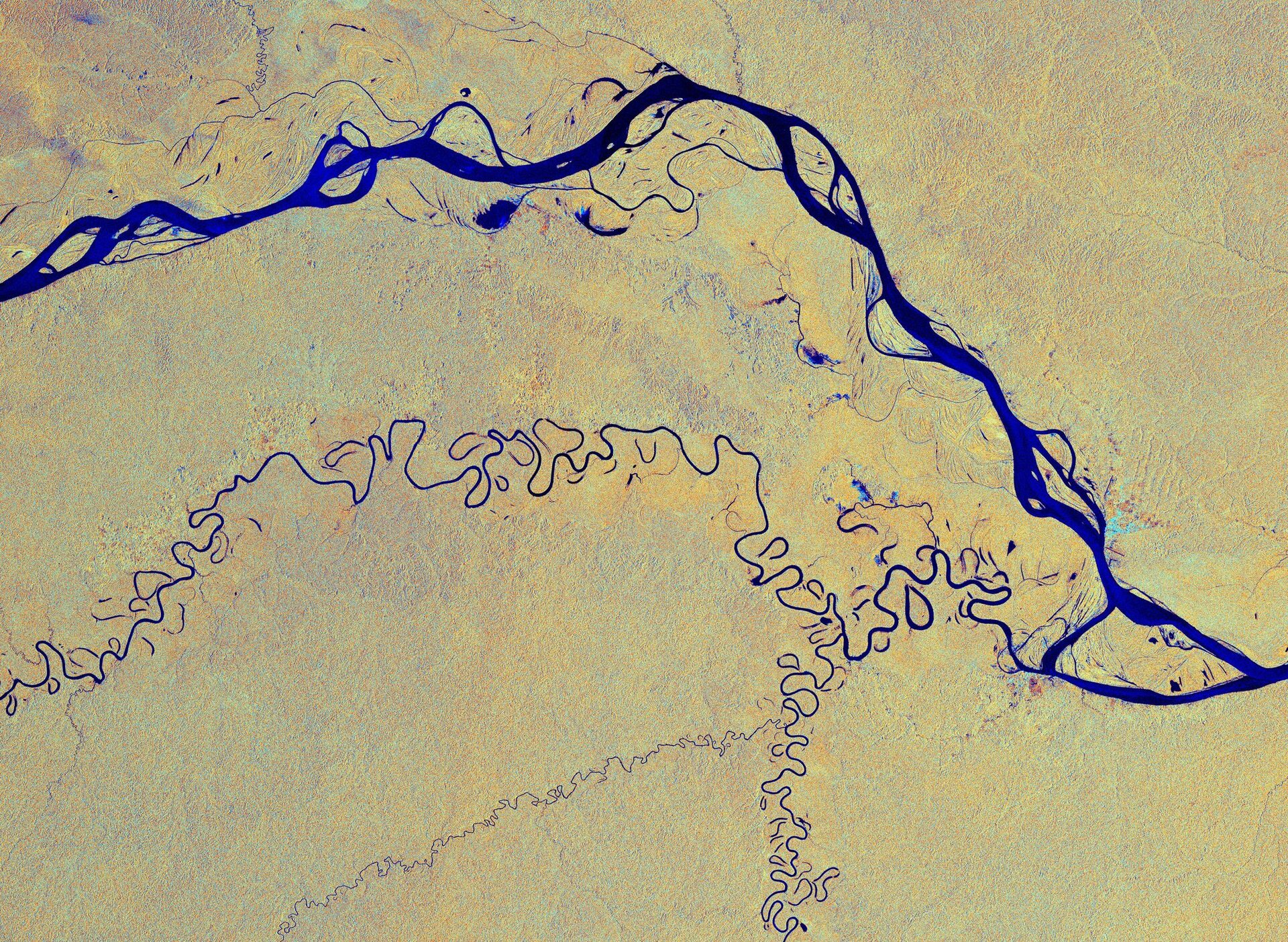 This image, captured by the Copernicus Sentinel-1 mission, shows the Amazon River meandering through one of the most vital ecosystems in the world – the Amazon rainforest in South America.

This image has been processed in a way that shows water bodies, such as the Amazon River, in blue. The Amazon river begins its journey in the Andes and makes its way east through six South American countries before emptying into the Atlantic Ocean on the northeast coast of Brazil. The river has a length of around 6400 km – the equivalent of the distance from New York City to Rome.

The Amazon is considered the widest river in the world with a width of between 1.6 and 10 km, but expands during the wet season to around 50 km. With more than 1000 tributaries, the Amazon River is the largest drainage system in the world in terms of the volume of its flow and the area of its basin. As a consequence of its ever-changing flow, older riverbeds can be seen as thin lines around the main river at the top of the image.

One of its tributaries, the Javari River, or Yavari River, is visible as a thinner blue line weaving through the tropical rainforest. The river flows for 870 km, forming the border between Brazil and Peru, before joining the Amazon River.

In the image, cities and built-up areas are visible in cyan, for example the cities of Tabatinga and Leticia with two airports are easily identifiable in the far-right. The yellow and orange colours in the image show the surrounding Amazon forest.

The colours of this week’s image come from the combination of two polarisations from the Copernicus Sentinel-1 radar mission, which have been converted into a single image.

As radar images provide data in a different way than a normal optical camera, the images are usually black and white when they are received. By using a technology that aligns the radar beams sent and received by the instrument in one orientation – either vertically or horizontally – the resulting data can be processed in a way that produces coloured images such as the one featured here. This technique allows for a better distinction of features on the ground.

This image, acquired on 3 March 2019, is also featured on the Earth from Space video programme.