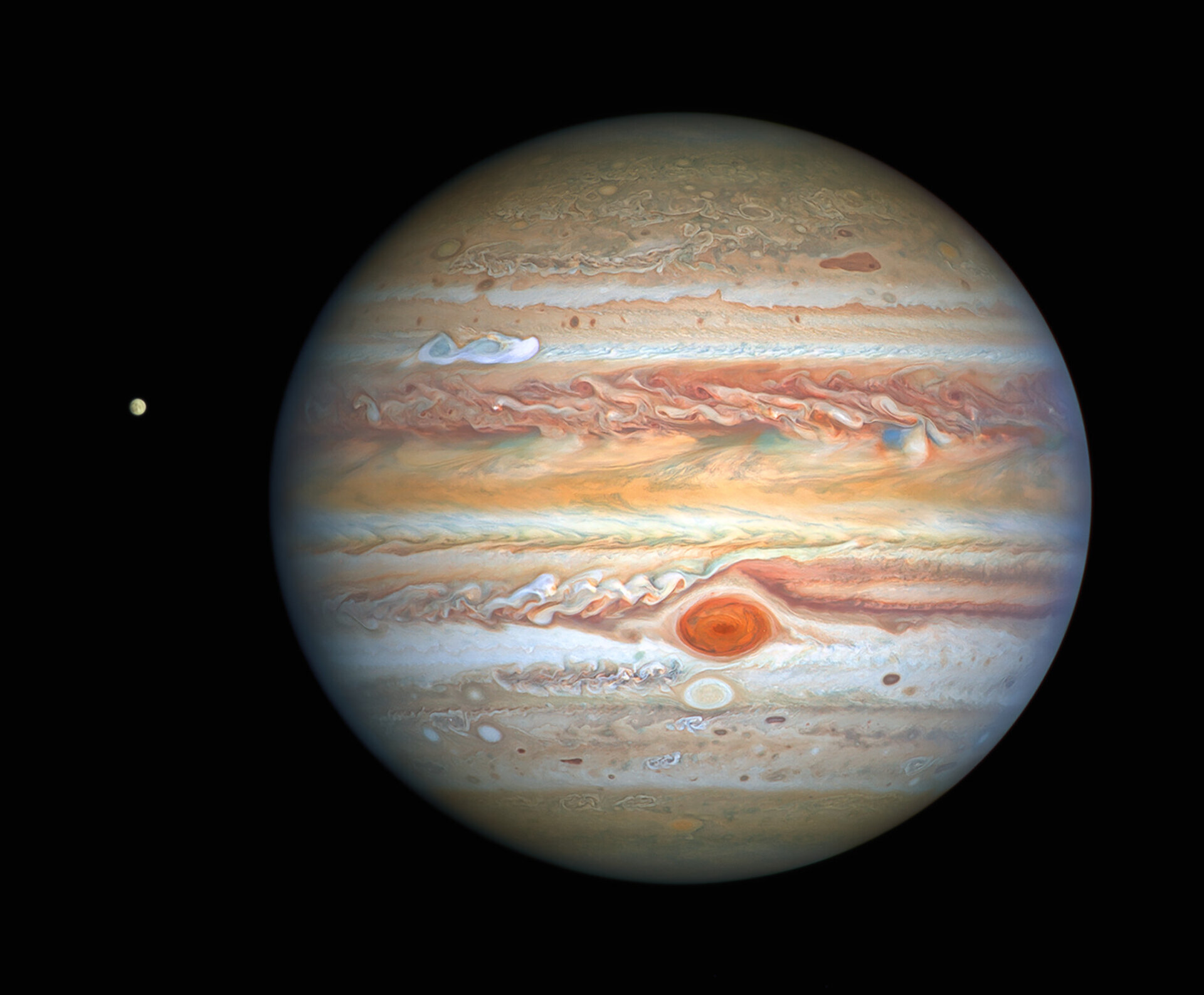 This latest image of Jupiter, taken by the NASA/ESA Hubble Space Telescope on 25 August 2020, was captured when the planet was 653 million kilometres from Earth. Hubble’s sharp view is giving researchers an updated weather report on the monster planet’s turbulent atmosphere, including a remarkable new storm brewing, and a cousin of the Great Red Spot changing colour — again. The new image also features Jupiter’s icy moon Europa.

A unique and exciting detail of Hubble’s new snapshot appears at mid-northern latitudes as a bright, white, stretched-out storm moving at 563 kilometres per hour. This single plume erupted on 18 August 2020 and another has since appeared.

While it’s common for storms to pop up in this region, often several at once, this particular disturbance appears to have more structure behind it than observed in previous storms. Trailing behind the plume are small, counterclockwise dark clumps also not witnessed in the past. Researchers speculate this may be the beginning of a longer-lasting northern hemisphere spot, perhaps to rival the legendary Great Red Spot that dominates the southern hemisphere.