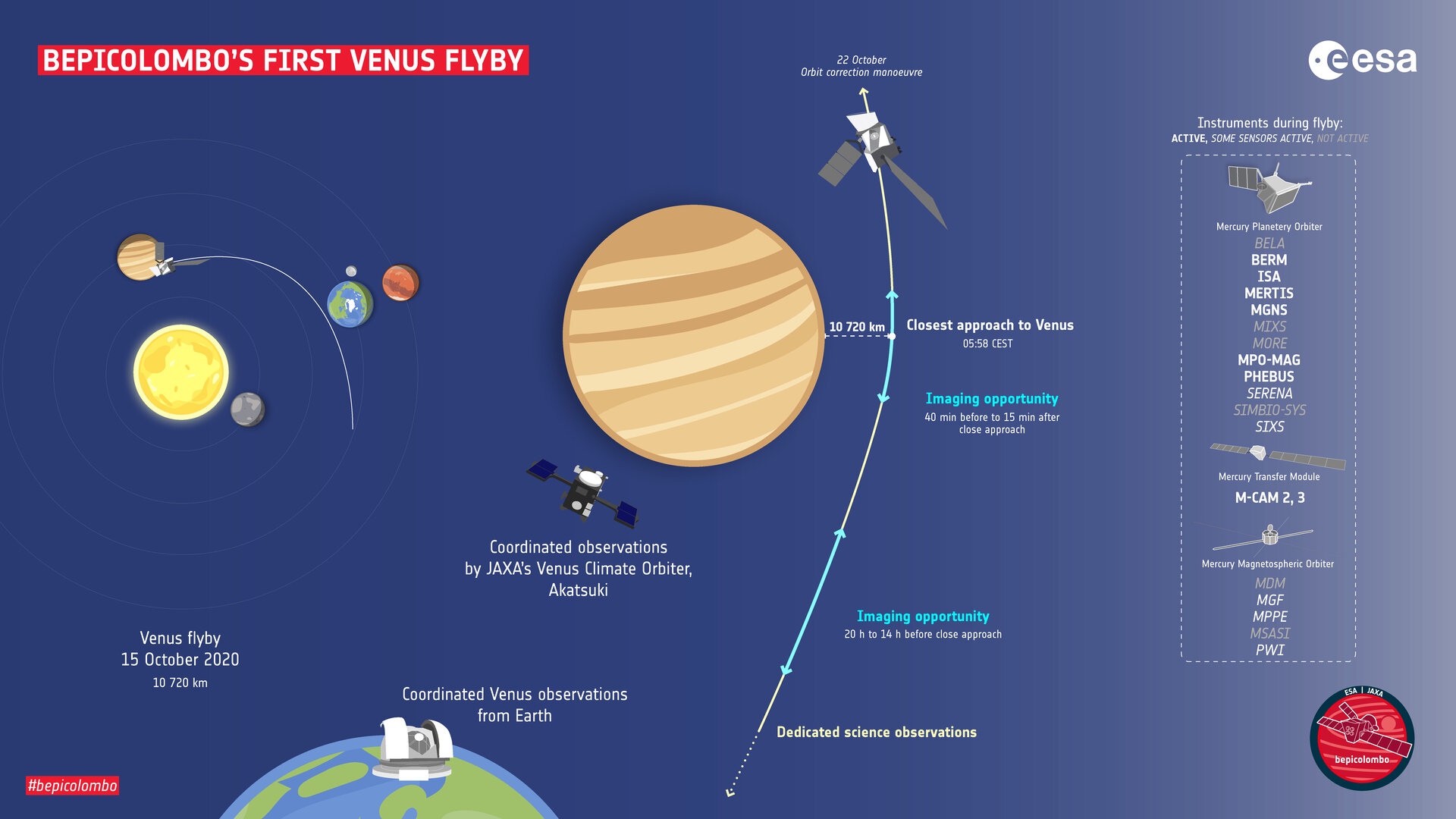 On 15 October, BepiColombo makes its first gravity assist flyby of Venus on its way to Mercury. It will make a close approach of the planet at 03:58 GMT (05:58 CEST) at a distance of approximately 10 720 km.

This graphic provides a simplified overview of the activities around the flyby. Several instruments and sensors on the two science orbiters that make up the mission – the Mercury Planetary Orbiter (MPO), the Mercury Magnetospheric Orbiter (Mio) – are on during the flyby. The Mercury Transfer Module (MTM) will have two opportunities to take images of Venus with two of its monitoring cameras, or M-CAMs, before, during and shortly after the closest approach.

Gravity assist flybys are needed to set the spacecraft on course for Mercury orbit. In total, BepiColombo will perform nine flybys: one at Earth, two at Venus and six at Mercury before entering orbit. The manoeuvres slow down the spacecraft as it needs to constantly brake against the gravitational pull of the Sun in order to be able to enter the correct orbit around Mercury in December 2025.

BepiColombo is a joint ESA-JAXA mission.