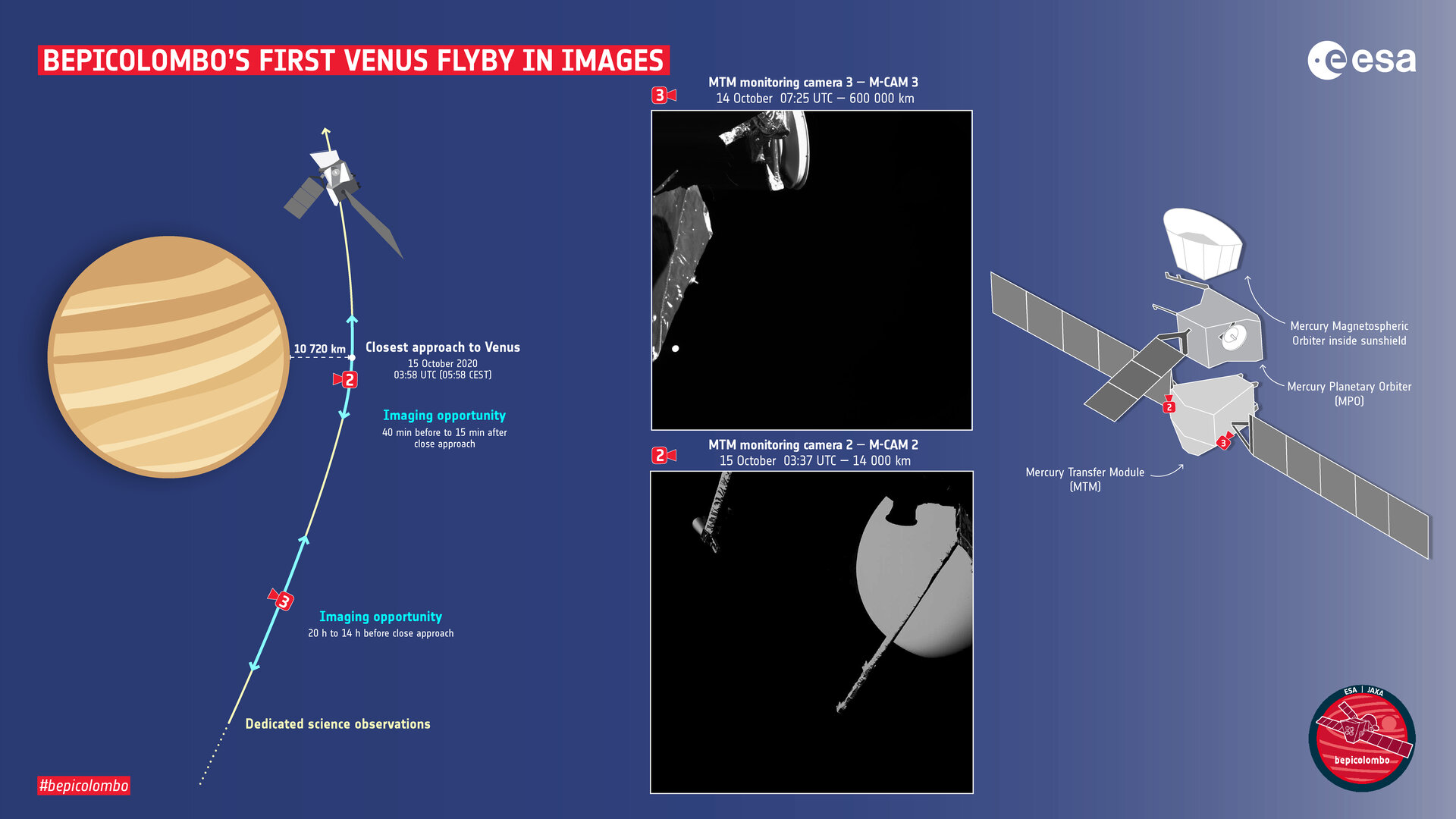 Two of the three monitoring cameras onboard the Mercury Transfer Module were activated during dedicated imaging slots from about 20 hours before closest approach through to 15 minutes afterwards. Two examples are shown in this infographic, which also indicates the location of the cameras on the spacecraft.

From afar, Venus is seen as a small disc in the camera’s field of view, close to the spacecraft body. During the closest approach the planet dominates the view, passing behind the magnetometer boom of the Mercury Planetary Orbiter.

The gravity assist manoeuvre was the first at Venus and the second of nine flybys overall, which help steer the spacecraft on course for Mercury. During its seven-year cruise to the smallest and innermost planet of the Solar System, BepiColombo makes one flyby at Earth, two at Venus and six at Mercury to brake against the gravitational pull of the Sun in order to enter orbit around Mercury. BepiColombo, which comprises ESA’s Mercury Planetary Orbiter and the Mercury Magnetospheric Orbiter of the Japan Aerospace Exploration Agency (JAXA), is scheduled to reach its target orbit around the smallest and innermost planet of the Solar System in 2025.