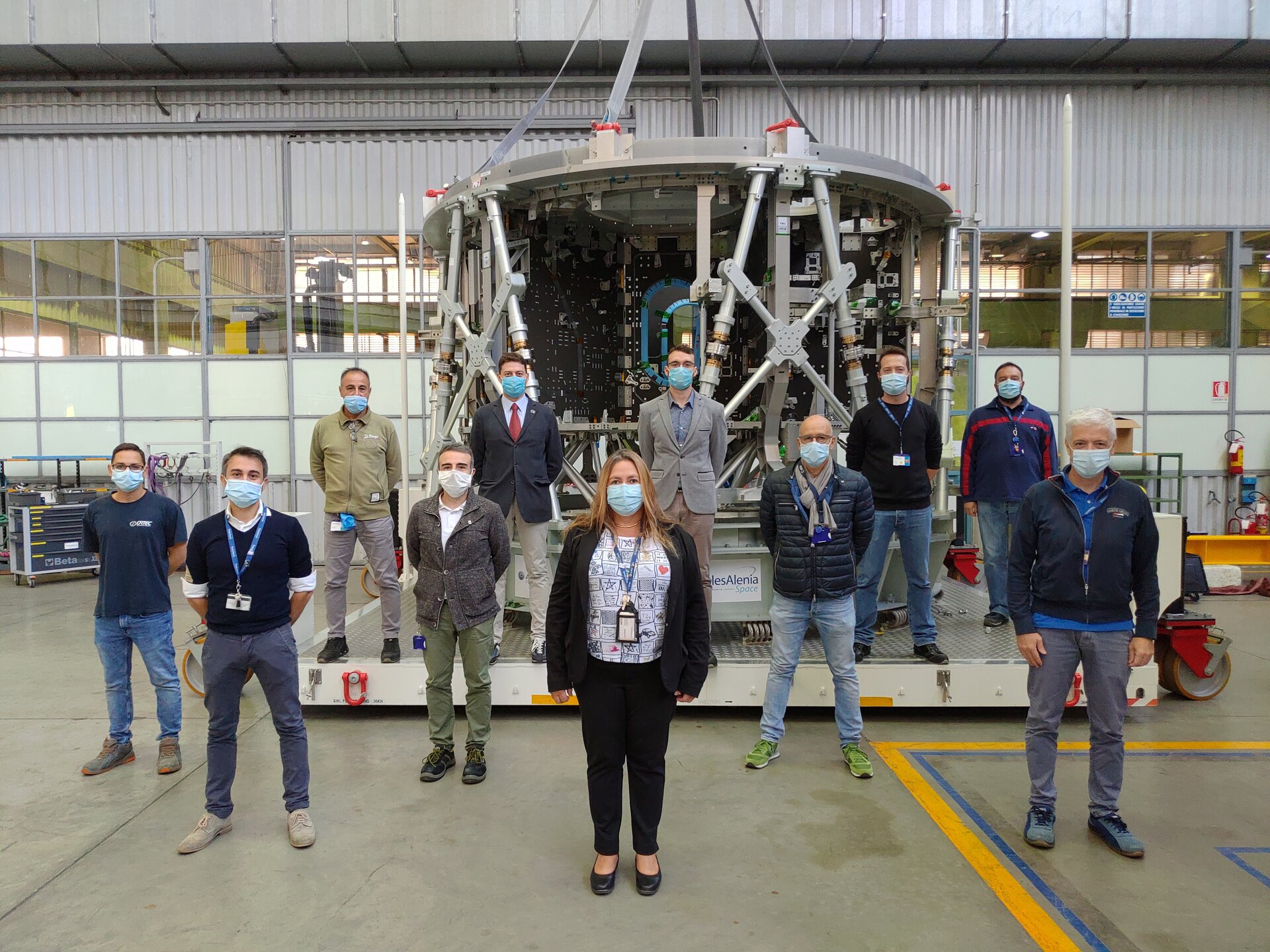 From Thales to space

Meet the people behind the third European Service Module that will power and propel the next astronauts to land on the Moon in decades. The team at Thales Alenia Space in Turin, Italy pose with the now completed structure that acts as a backbone to the Service Module of the Orion spacecraft.

Most of them have personally worked on the side of ESA and NASA to provide the habitable pressurized structures for a large number of the International Space Station’s elements, acquiring hands on experience to apply to upcoming Moon and other crewed exploration missions.

Since 2014, this team has worked on the Artemis missions, manufacturing until today a total of five structures: from the two Structural Test Articles (delivered to Airbus in Bremen in 2015 and 2016), to the three Flight Unit Structures (delivered in 2016, 2018, and 2020).

However, the structure in the image is extra special, as it will fly the first woman and next man to land on the Moon and return on the Artemis III mission by 2024.

Much like a car chassis, this structure forms the basis for all further assembly of the spacecraft, including 11 km of wiring, 33 engines, four tanks to hold over 8000 litres of fuel, enough water and air to keep four astronauts alive for 20 days in space and the seven-metre ‘x-wing’ solar arrays that provide enough electricity to power two households.

The completed service module is due to arrive at the Airbus integration hall in Bremen, Germany, at the end of the week for integration with all the elements listed above and more. This third European Service Module will be united with the second in the series that is already in Bremen, and nearing completion; the second European Service Module will then be sent to NASA’s Kennedy Space Center next year.

The first service module is already finished and has been integrated with the Crew Module and rocket adapters to sit atop the Space Launch Systems rocket. The first completed Orion craft is scheduled for a launch and fly-by around the Moon, without astronauts, next year on the first Artemis mission.

The countdown to the Moon starts in Europe with 16 companies in ten countries supplying the components that make up humankind’s next generation spacecraft for exploration. Follow the latest on Orion developments on the blog.
In the meantime, a round of applause for (starting from the left) Andrea, Davide, Antonio, Alessandro, Stefano, Annamaria, Gianluca, Massimiliano, Alessandro, Michele and Giorgio.