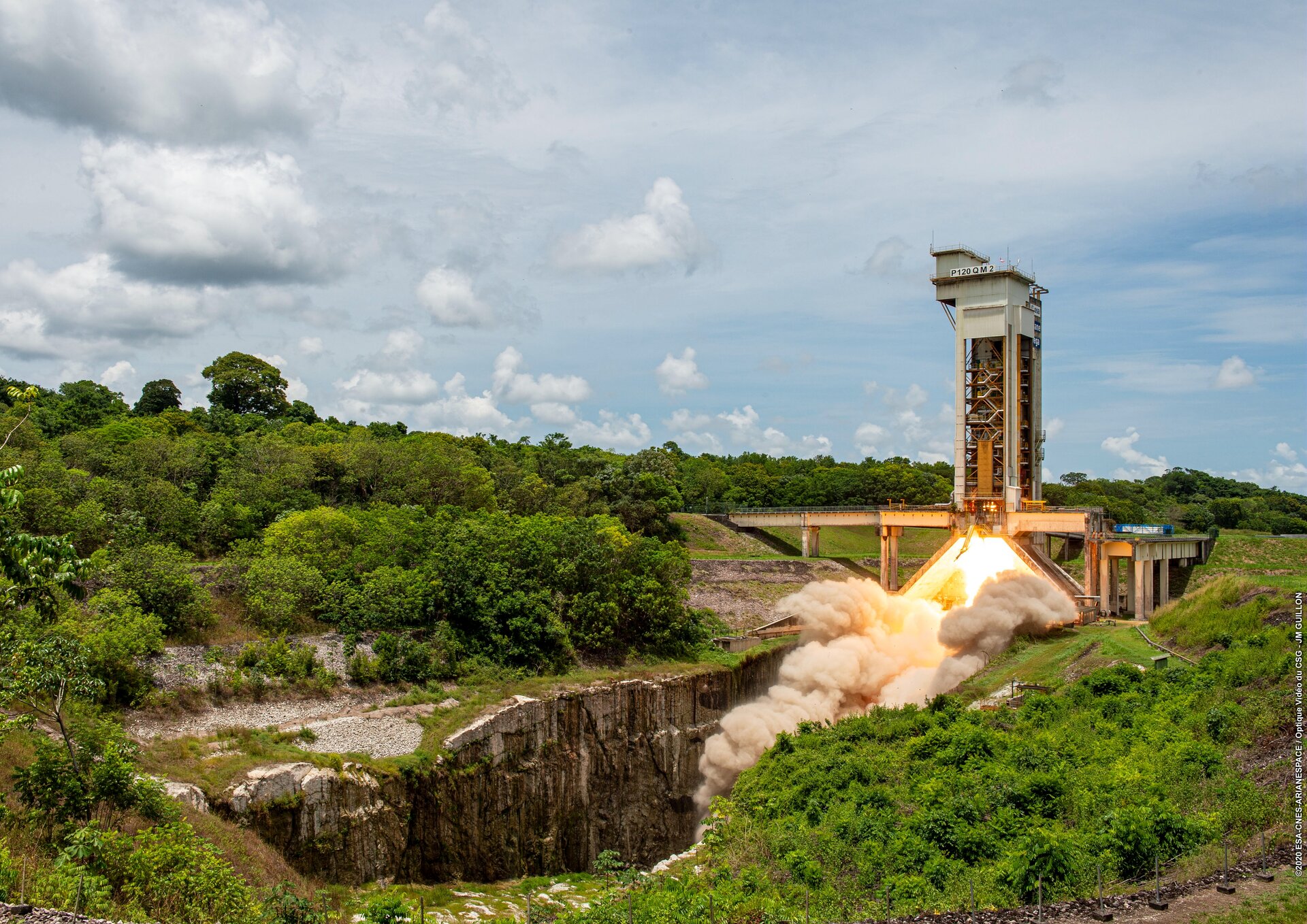 The second qualification model of the P120C solid rocket motor, configured for Ariane 6, completed its hot firing on 7 October 2020 in a final test to prove its readiness for flight.

Depending on the configuration, two or four P120C motors, developed in Europe, will be strapped onto the sides of the future Ariane 6 launch vehicle as boosters for liftoff. The P120C will also be used as the first stage of Vega-C.

After it was fully loaded with 142 tonnes of fuel, the 13.5 m long and 3.4 m diameter motor was ignited to simulate liftoff and the first phase of flight.

The motor burned for 130 seconds and delivered a maximum thrust of about 4500 kN. The test was performed at Europe’s Spaceport in French Guiana, and was completed with no anomalies.

ESA, France’s CNES space agency, and Europropulsion which is jointly owned by Avio and ArianeGroup, collaborated on this test.