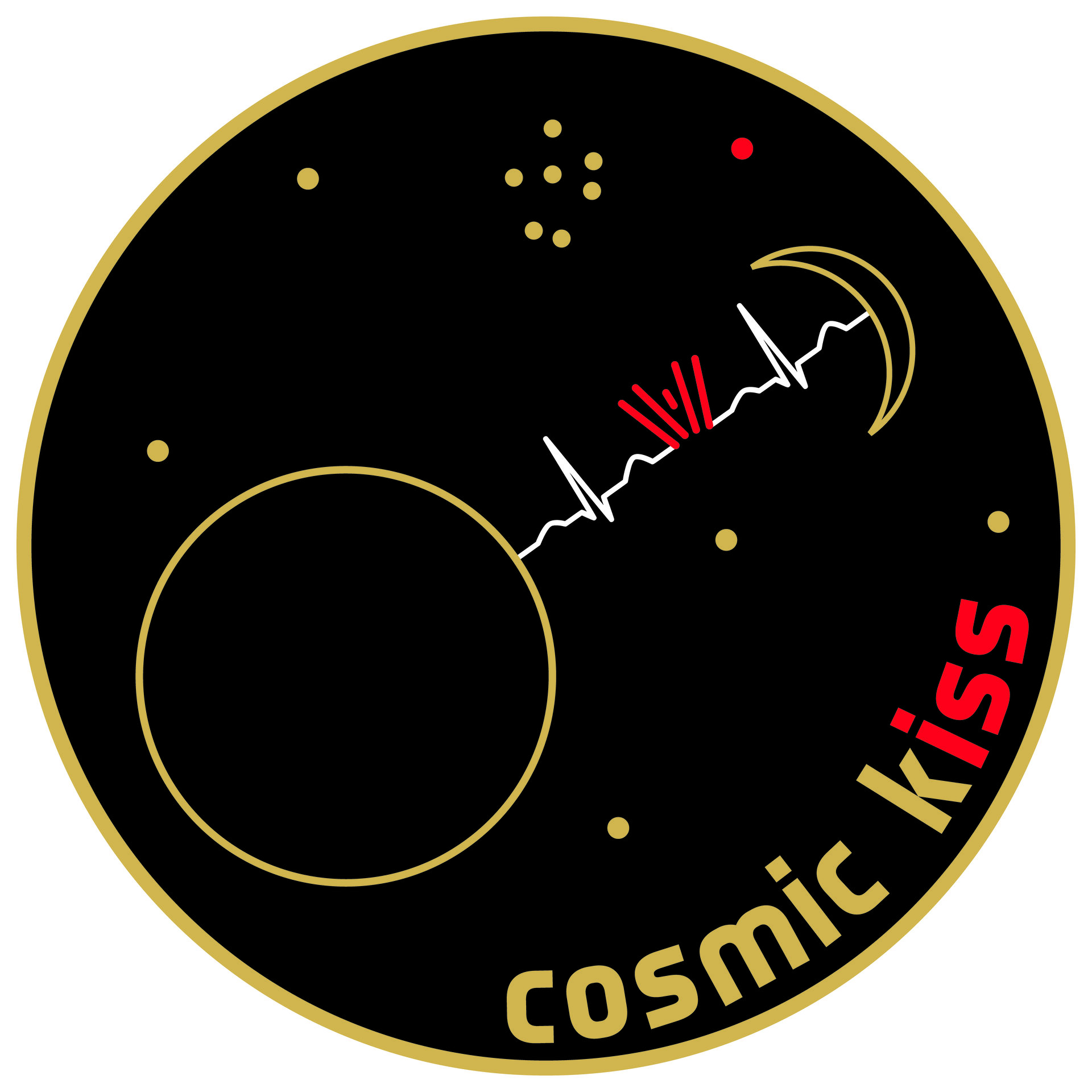 The name of European Space Agency (ESA) astronaut Matthias Maurer’s first mission to the International Space Station, Cosmic Kiss, is a declaration of love for space. It communicates the special connection the Station provides between Earth’s inhabitants and the cosmos. It also conveys the value of partnership in exploring farther to the Moon and Mars, alongside the need to respect, protect and preserve the nature of our home planet as we seek a sustainable future on Earth.

The Cosmic Kiss patch takes inspiration from the Nebra sky disc (“Himmelsscheibe von Nebra”) – the oldest known realistic illustration of the night sky – as well as the Pioneer plaques and Voyager Golden Records that were sent into the unknown carrying messages from Earth.

These artefacts show a fascination with space that spans the ages. Since the beginning of time, humans have looked skyward for knowledge about the origins of life, the Universe and our place in the cosmos. The Cosmic Kiss mission builds on the curiosity of all those who came before us, as exploration advances our understanding of Earth, our Solar System and life itself.

Like the Nebra sky disc, the patch features several cosmic elements including Earth, the Moon and the Pleiades star cluster. It also depicts Mars, one of ESA’s three key destinations for exploration over the next 10 years, as a small red dot beckoning in the distance.

Earth is shown borderless and backlit, with only a delicate line of atmosphere visible. This phenomenon is often described by space travellers, who marvel at the wonder of all human life and events taking place in one thin and precious layer.

The most prominent feature is a simplified, almost heart-like International Space Station. This is connected through a human heartbeat that stretches from Earth to the Moon. This heartbeat symbolises the human presence and passion that propels exploration forward and connects us to the Universe, as well as the vital life science experiments the Space Station enables.

As a unique oasis in space, the International Space Station is a hub of science, research and operations like no other. The continuous human presence that it supports beyond our Earth leads to greater knowledge, technological advances and a better understanding of fundamental and applied sciences. The Space Station is a lifeline for Earth’s future and paves the way for our next steps into space as we go forward to the Moon and Mars. It is the Cosmic Kiss that unites us and brings light to the unknown.

The Cosmic Kiss mission patch features black, red, gold and white. Each colour has been selected for its significance: