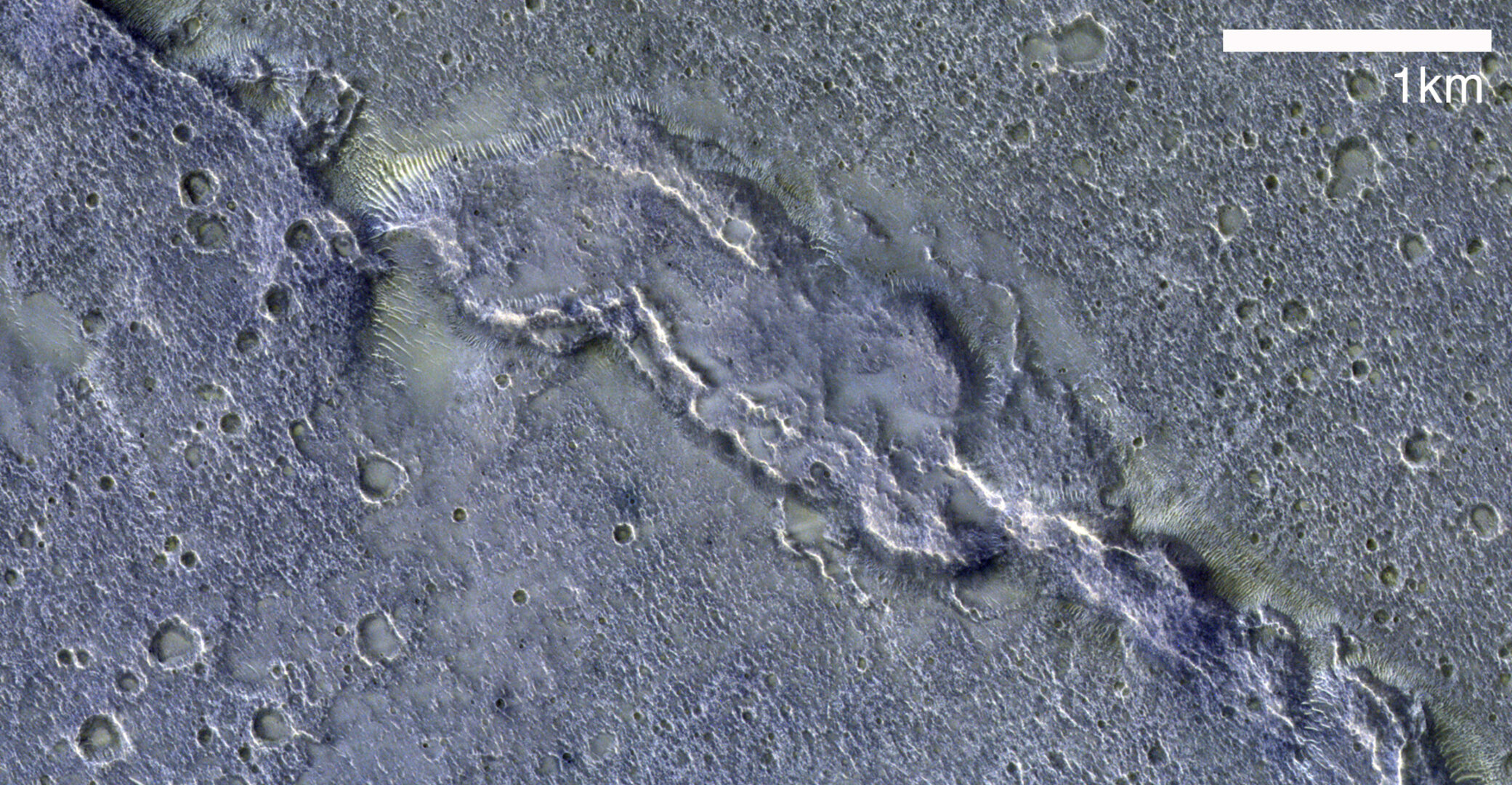 The CaSSIS camera onboard the ExoMars Trace Gas Orbiter has captured its 20 000th image of Mars!

The image, taken on 13 December 2020, features Solis Dorsum, a segment of a prominent wrinkle ridge system in a vast volcanic plateau, known as Tharsis. Wrinkle ridges are tectonic features that form in layered basalt lavas due to loading and flexure of the planet's crust and upper mantle. These tectonic stresses are caused by the planet's interior cooling and subsequent contraction.

The study of wrinkle ridges, and in particular their distribution and orientation, can reveal details of the complex and dynamic geological history of Mars.

The scale is indicated on the image. Download high-res PNG for the full image swath.