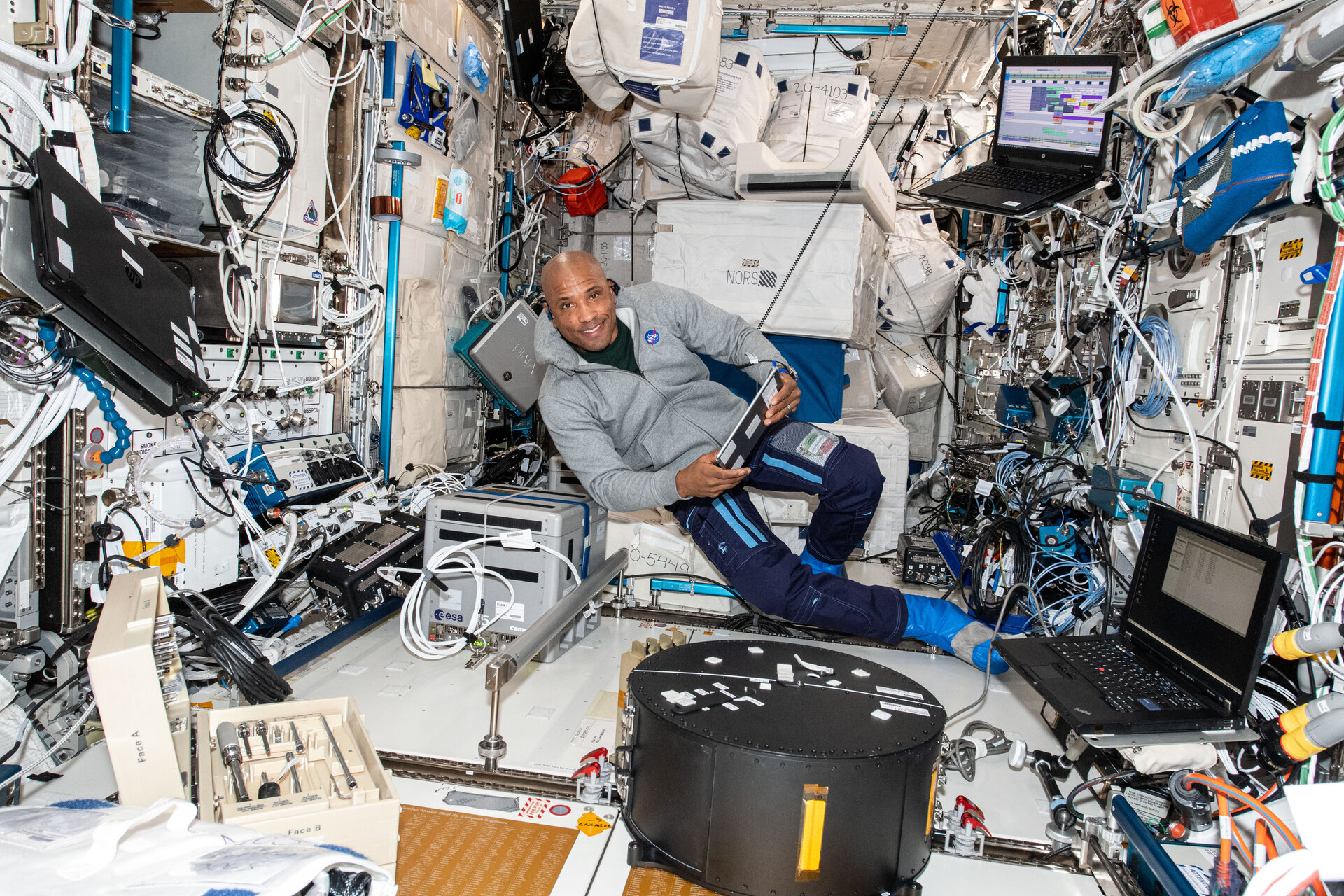 NASA astronaut Victor Glover installs the Fluid Dynamics in Space experiment, or Fluidics for short. Fluidics is the black cylinder pictured in the foreground of the European Columbus module of the International Space Station.

Developed by French space agency CNES and co-funded by Airbus, the Fluidics experiment is probing how fluids behave in weightlessness.

The experiment is made up of six small, transparent spheres housed in the black centrifuge seen here and is studying two phenomena.

The first is ‘sloshing’ or how liquids move inside closed spaces, which is hard to predict both with and without gravity. Think how frustrating it can be to get the last drop out of a packet of orange juice, then imagine the challenge for engineers designing satellites to use every drop of fuel in weightlessness, or designing rockets with fuel tanks that must deliver fuel to the engines under extreme loads. Insights can help industry design better satellite fuel-systems to increase their life and make them less expensive.

A second part of the experiment looks at wave turbulence in liquids. On Earth, gravity and surface tension influence how energy dissipates in waves or ripples. In space, scientists can observe how surface forces behave without gravity and single out interactions. This could help us improve climate models forecasting the sea states and better understand wave formation on Earth, like rogue waves for example.

The centrifuge contains two spheres with water for wave-turbulence research and four spheres dedicated to ‘sloshing’, of which two hold a special liquid with low viscosity and little surface tension for optimum sloshing.

The experiment was first run on the Station by ESA astronaut Thomas Pesquet during his Proxima mission in May 2017, with the most recent session completed by NASA astronaut Victor Glover in the European laboratory last month.

Thomas will return to the International Space Station this year for mission Alpha.

Learn more about the experiment with this infographic.