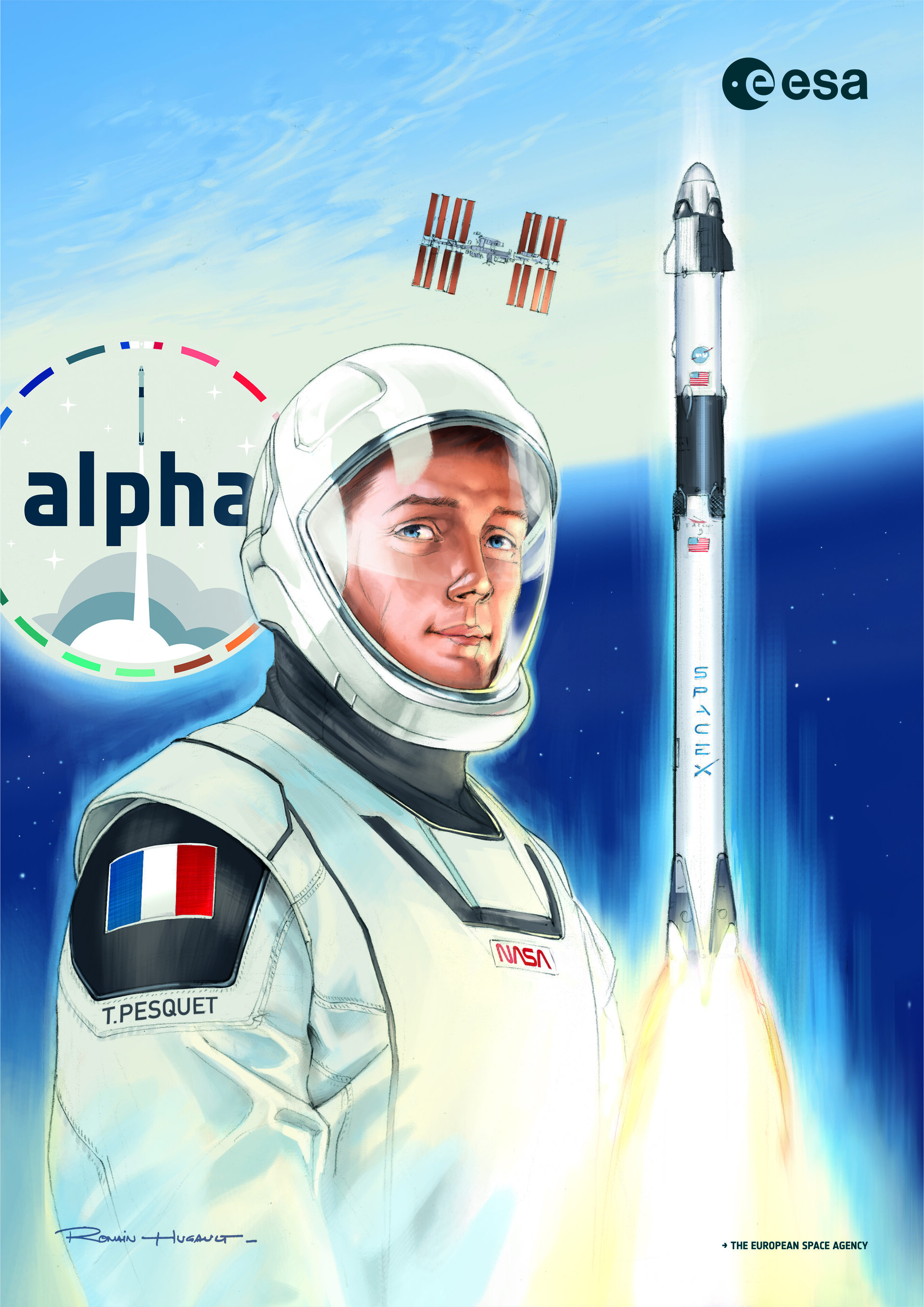 ESA astronaut Thomas Pesquet is returning to the International Space Station for a second mission called Alpha, after the star Alpha Centauri, located in the same system as Proxima.

Thomas is taking a new ride to space and will be the first European to leave Earth on the SpaceX Crew Dragon launching from Florida, USA. The crew of four includes NASA astronauts Megan MacArthur and Shane Kimbrough, who was with Thomas on the International Space Station during his Proxima mission, as well as Japanese astronaut Aki Hoshide.