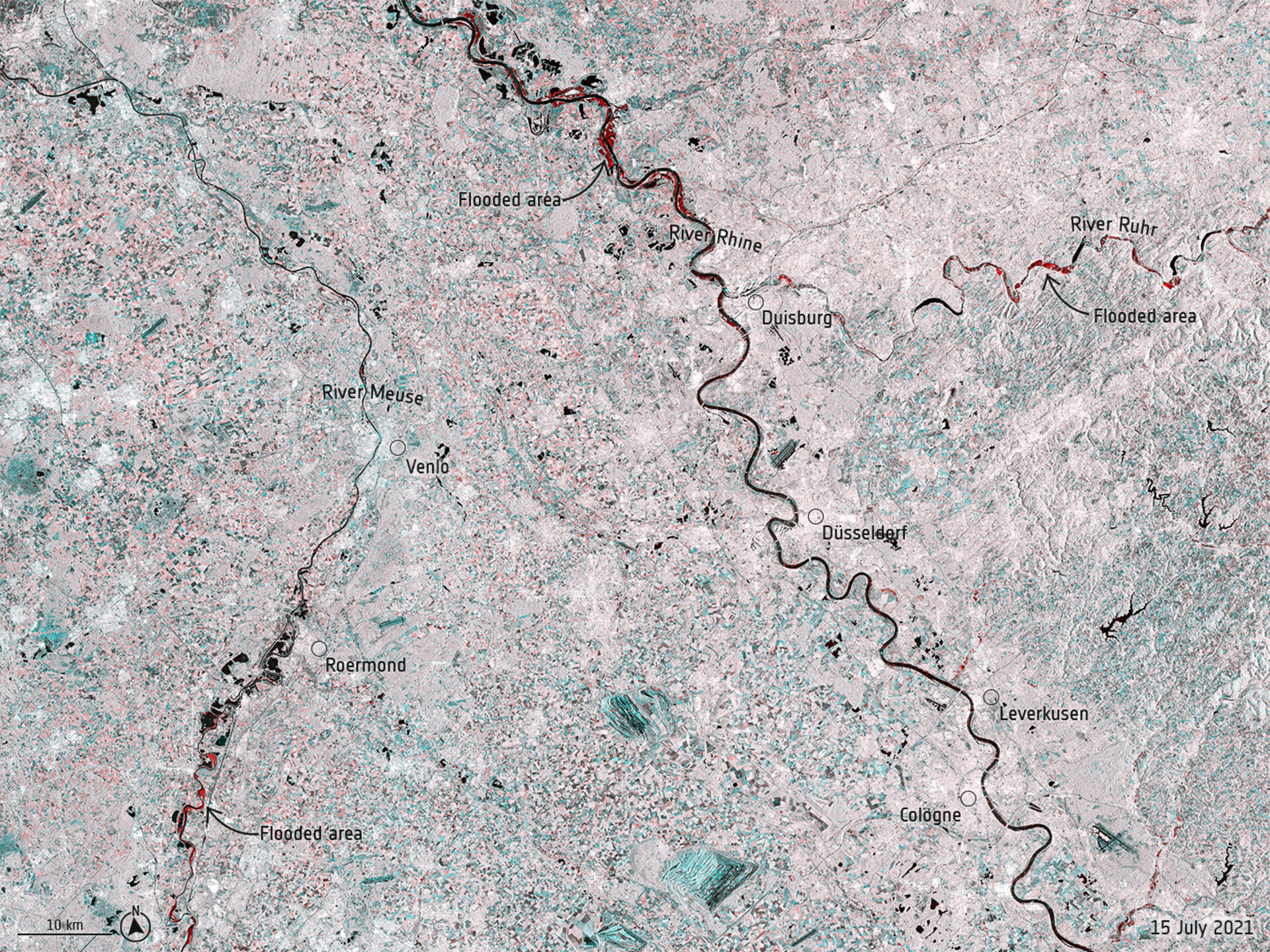 Record rainfall has caused swollen rivers to burst their banks and wash away homes and other buildings in western Europe – leading to more than 90 casualties and over 1000 people missing. Data from the Copernicus Sentinel-1 mission are being used to map flooded areas to help relief efforts.

The German states of Rhineland-Palatinate and North Rhine-Westphalia were among the worst hit by the torrential rainfall, with water levels rising in the Rhine River, as well as the Walloon Region in Belgium. The storms and high waters have also battered neighbouring Switzerland, the Netherlands and Luxembourg.

This radar image uses information from two separate acquisitions captured by the Sentinel-1 mission on 3 July and 15 July 2021, and it shows the extent of the flooding in red. Radar images acquired before and after flooding disasters offer immediate information on the extent of inundation and have proved useful in monitoring floods, thanks to Sentinel-1’s ability to ‘see’ through clouds and rain.

The service uses observations from multiple satellites to provide on-demand mapping to help civil protection authorities and the international humanitarian community in the face of major emergencies.