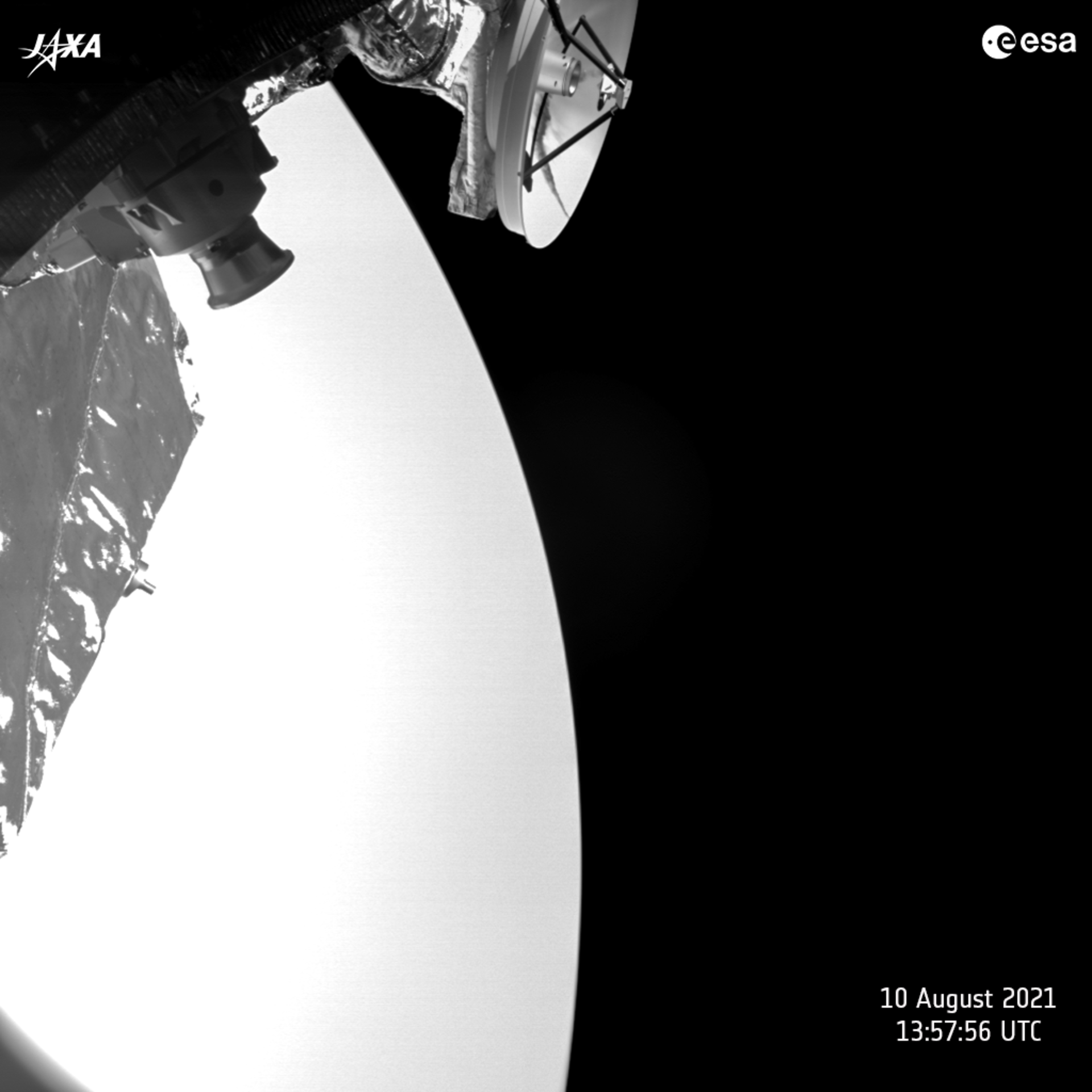 The joint European-Japanese BepiColombo mission captured this view of Venus on 10 August 2021 as the spacecraft passed the planet for a gravity assist manoeuvre.

The cameras provide black-and-white snapshots in 1024 x 1024 pixel resolution. The image has been lightly processed to enhance contrast and use the full dynamic range. A small amount of optical vignetting is seen in the bottom left of the image.

The high-gain antenna of the Mercury Planetary Orbiter and part of the body of the spacecraft are visible in front of Venus, at top left.

The manoeuvre, the second at Venus and the third of nine flybys overall, helped steer the spacecraft on course for Mercury. During its seven-year cruise to the smallest and innermost planet of the Solar System, BepiColombo makes one flyby at Earth, two at Venus and six at Mercury to brake against the gravitational pull of the Sun in order to enter orbit around Mercury.  Its first Mercury flyby will take place 1-2 October 2021.

BepiColombo, which comprises ESA’s Mercury Planetary Orbiter and the Mercury Magnetospheric Orbiter of the Japan Aerospace Exploration Agency (JAXA), is scheduled to reach its target orbit around the smallest and innermost planet of the Solar System in 2025.