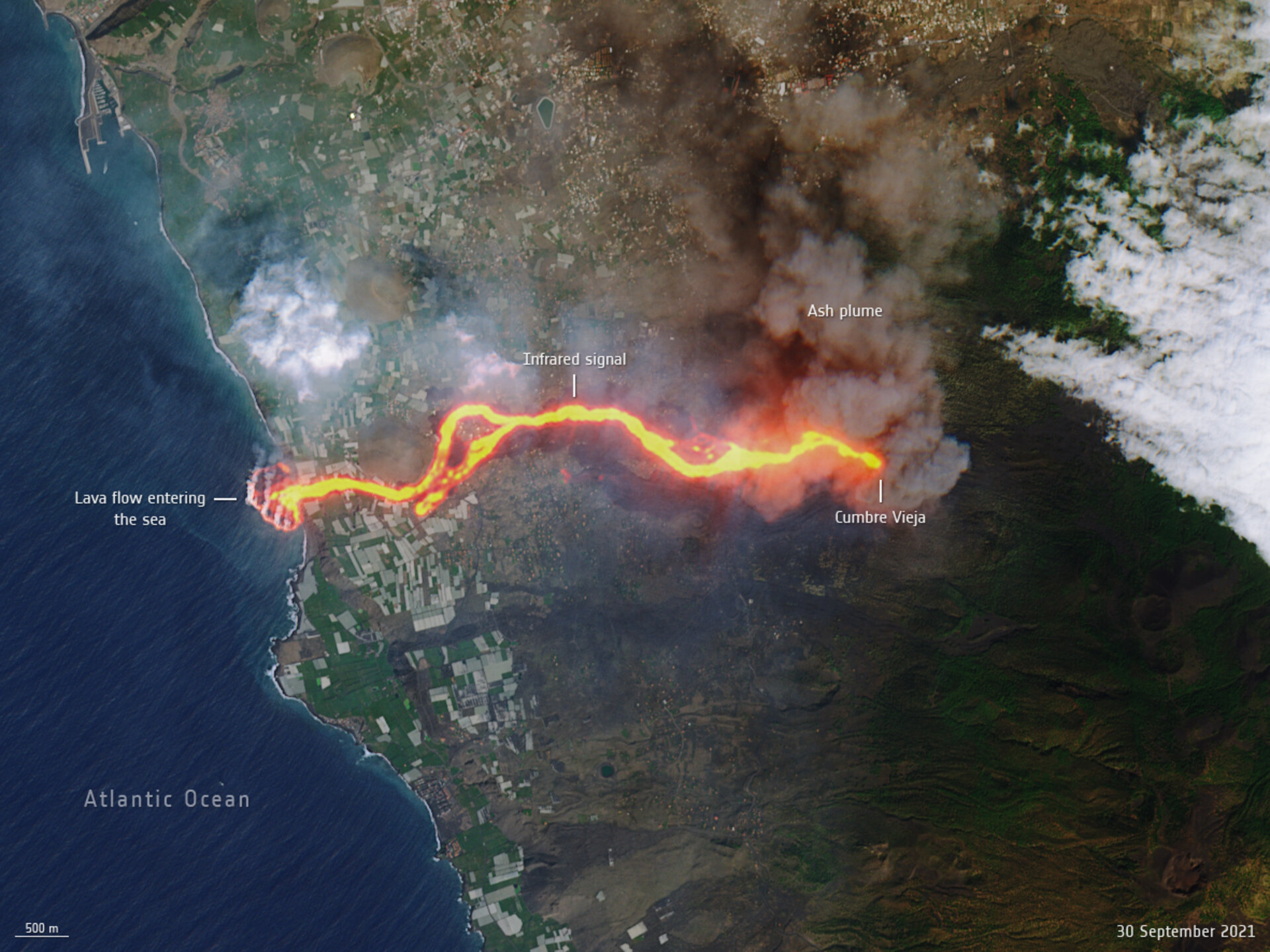 This image, captured by the Copernicus Sentinel-2 mission on 30 September, shows the flow of lava from the volcano erupting on the Spanish island of La Palma. The cascade of lava can be seen spilling into the Atlantic Ocean, extending the size of the coastline. This ‘lava delta’ covered about 20 hectares when the image was taken.

A crack opened in the Cumbre Vieja volcano on 19 September, throwing plumes of ash and lava into the air. Lava flowed down the mountain and through villages engulfing everything in its path. By 28 September, the 6-km lava flow had reached the ocean on the island’s west coast. Clouds of white steam were reported where the red-hot lava hit the water in the Playa Nueva area.

This Sentinel-2 image has been processed in true colour, using the shortwave infrared channel to highlight the lava flow. The Sentinel-2 mission is based on a constellation of two identical satellites, each carrying an innovative wide swath high-resolution multispectral imager with 13 spectral bands for monitoring changes in Earth’s land and vegetation.