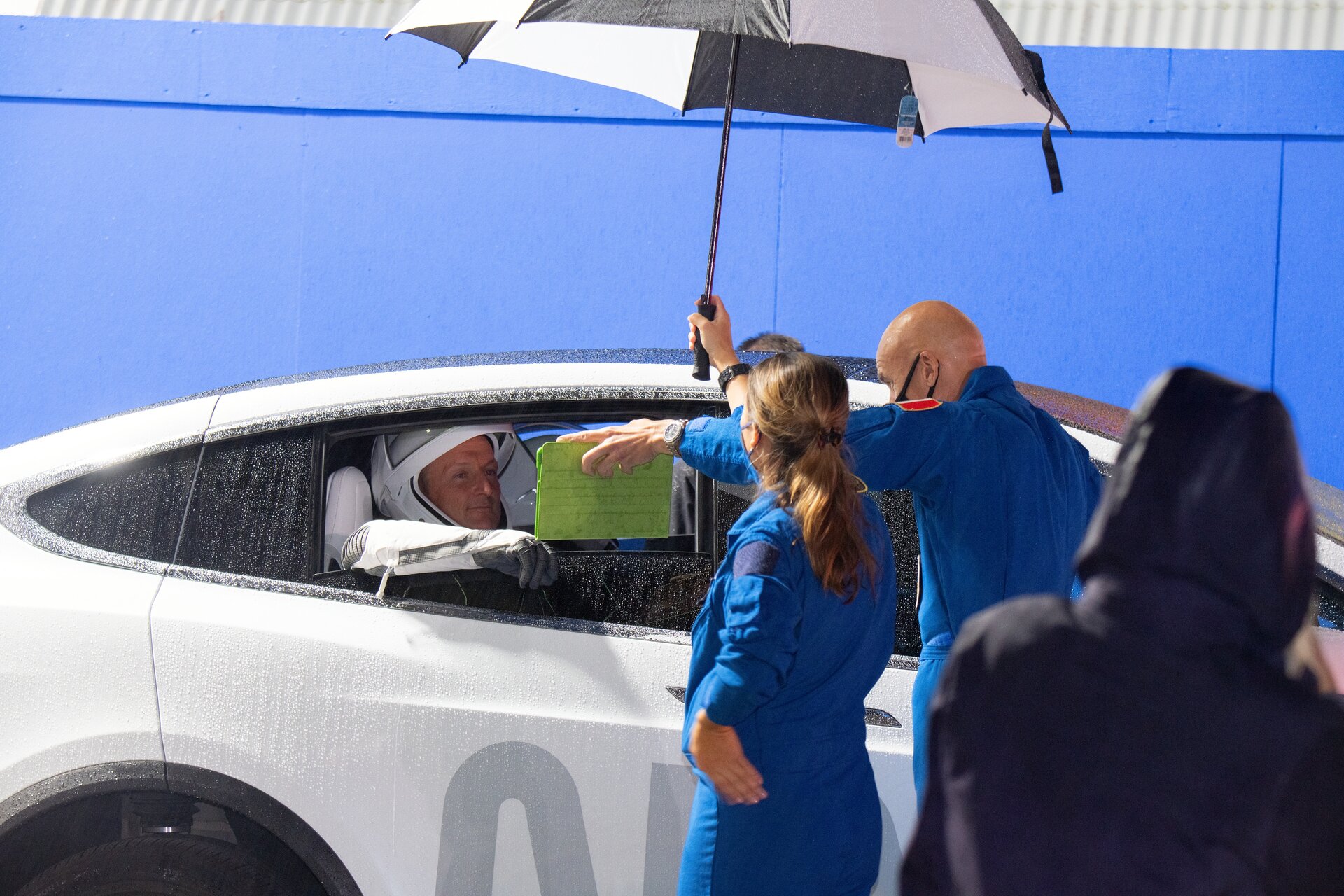 After a series of delays due to weather and a minor crew medical issue, ESA astronaut Matthias Maurer was finally launched to the International Space Station on 11 November. But not before reading some final words of support, shared by ESA astronaut Luca Parmitano, as Matthias waited to drive to the launchpad.

Alongside NASA astronauts Raja Chari, Tom Marshburn and Kayla Barron, Matthias lifted off on board Space X Crew Dragon “Endurance” at 03:03 CET Thursday 11 November and arrived ahead of schedule to the Station in the early hours of 12 November.

It is the first space mission for Matthias, who is the 600th human to fly to space, a number made possible by the wider team working to safely ferry astronauts to space.

Matthias was surrounded by the team in the lead-up to the start of his Cosmic Kiss mission, and will be well-supported throughout.

Standing next to Luca, now Head of Astronaut Operations, is ESA flight surgeon Maybritt Kuypers. Flight surgeons accompany astronauts to launch and welcome them back after landing, monitoring and ensuring their health and well-being pre-, during and post-flight.

Luca was not the only astronaut in attendance. German ESA astronaut Alexander Gerst was also present this past week to offer his support, both to Matthias and his family and to a wider audience via media appearances.

Now on board the Station, Matthias and his fellow Crew-3 mates are adjusting to their ‘space legs’. Matthias will sleep in the new CASA crew quarters prepared by ESA astronaut Thomas Pesquet before he returned to Earth earlier this week.

Over the next six months, Matthias will continue to support a wide range of European and international science experiments and technological research on the Station before handing off to the next ESA astronaut to fly, Samantha Cristoforetti.