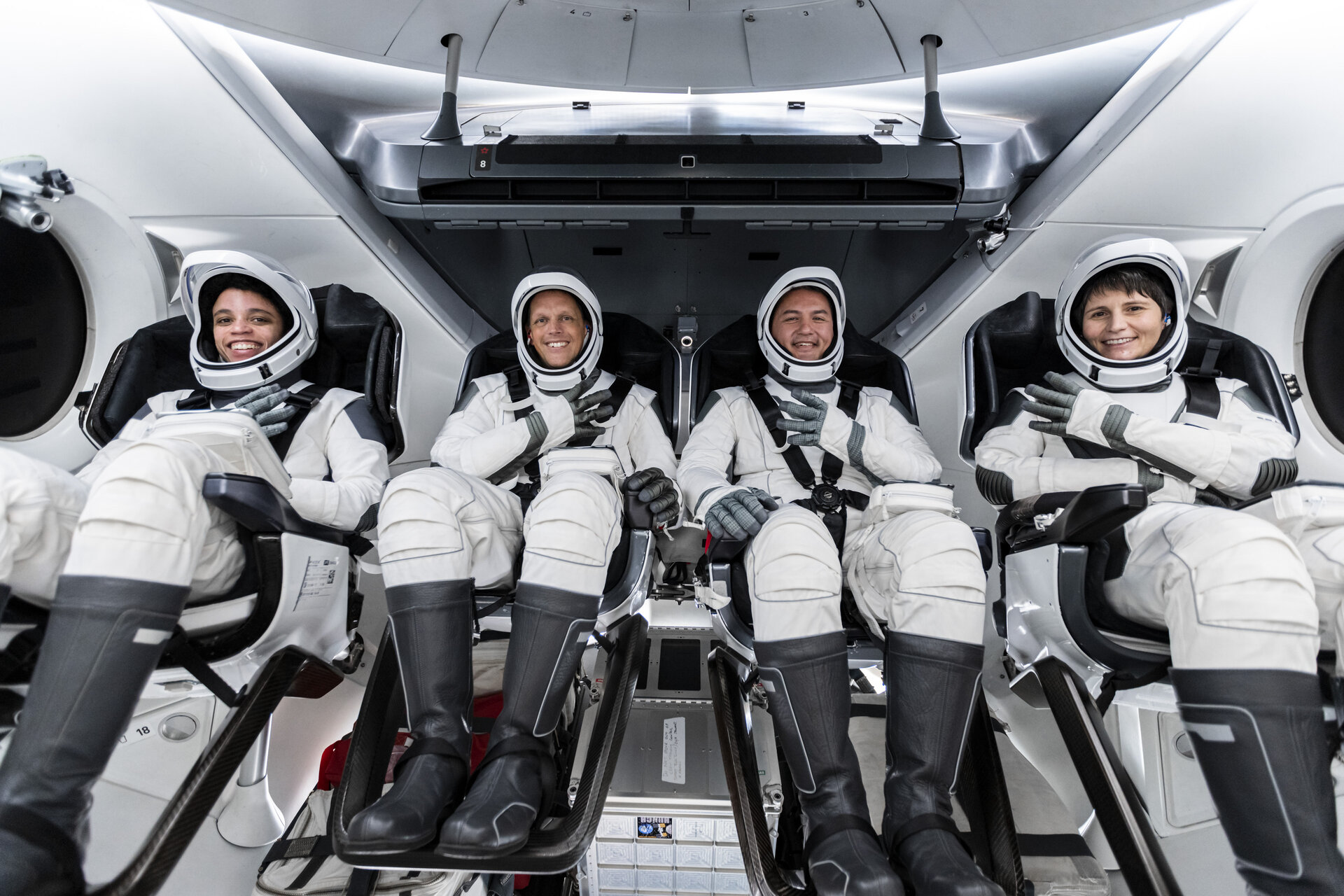 ESA astronaut Samantha Cristoforetti is all smiles alongside her Crew-4 mates during a training session at SpaceX headquarters in Hawthorne, California, USA.

Samantha is the next ESA astronaut to fly to space and is expected to be launched to the International Space Station in spring 2022. This is the second mission for Samantha who spent approximately 200 days in space in 2015 for her Italian Space Agency ASI mission Futura.

Samantha is launching with familiar faces. Fellow mission specialist Jessica Watkins was part of NASA’s NEEMO 23 crew, in which Samantha served as commander. The team spent 10 days living and working at the world's only undersea research station, Aquarius, located 19 m below the surface of the ocean off the coast of Florida.

Upon hearing the announcement, Samantha tweeted her congratulations, saying: “So proud of you, Watty! After sharing the @NASA_NEEMO adventure on NEEMO23, I’m grateful to have you as a crewmate again on #Crew4. It will be fun!”

Rounding off Crew-4 are NASA astronauts Kjell Lindgren as the commander and Bob “Farmer” Hines as pilot of their SpaceX Crew Dragon spacecraft. This is Kjell’s second flight and Bob’s first.

Samantha is the third European astronaut to launch on SpaceX, after Thomas Pesquet in early 2021 and current ESA astronaut-in-space Matthias Maurer in late 2021.

Get #Cristofoready for Samantha’s mission on the blog.