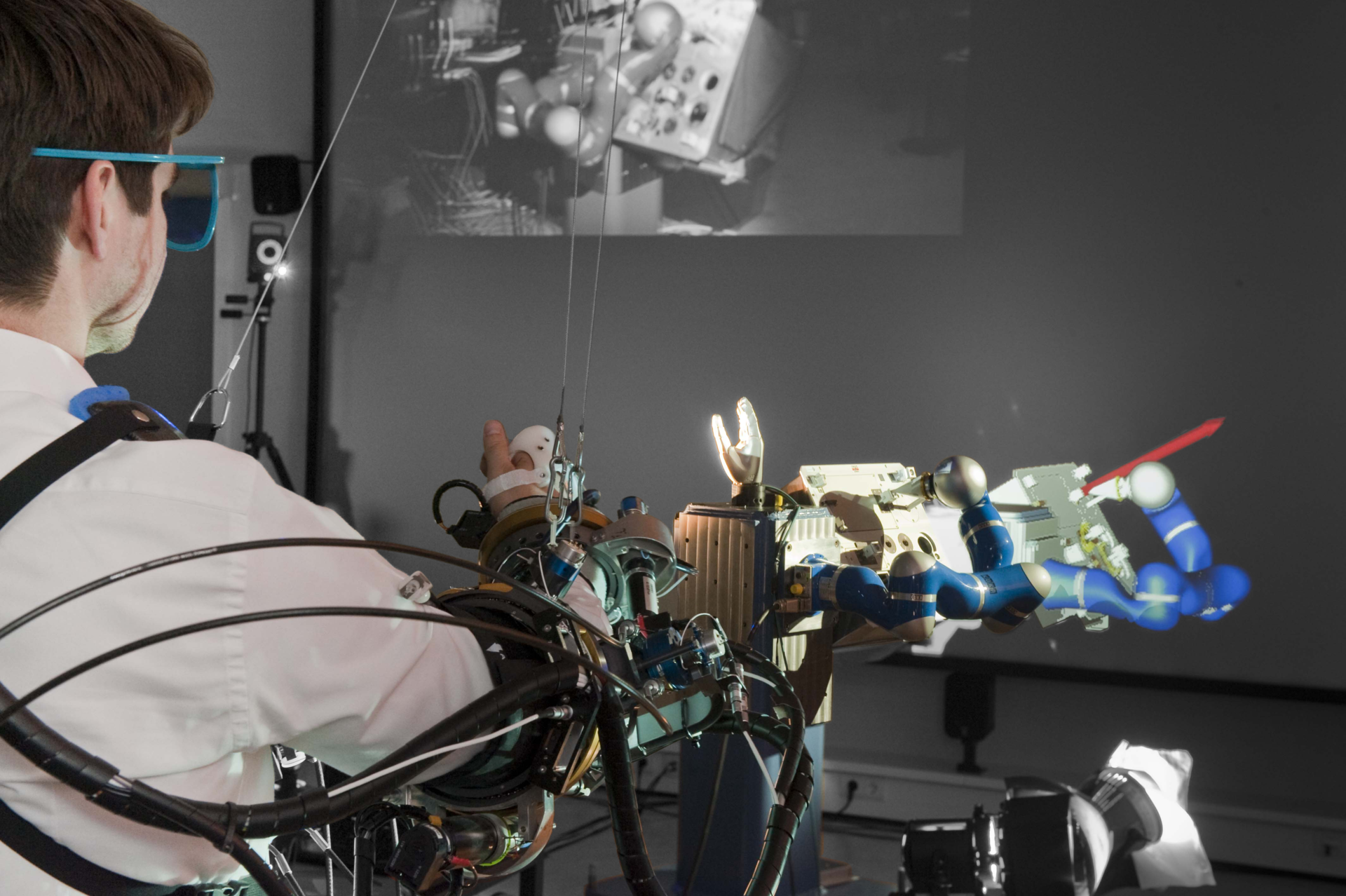 The ESA Human Robot Interaction Laboratory (before 2017 known as the Telerobotics & Haptics Lab) is an engineering research laboratory that supports research, development and validation of human-robot interaction means, in particular in the aspects of telerobotics, mechatronics and haptics. The Laboratory is in particular targeted at supporting novel spaceflight projects by pre-development and demonstration of critical technologies.

What is Human robotics Interaction?

Human-Robot Interaction often referred to as HRI is a multidisciplinary field of research, dedicated to the design and evaluation of robotics within the context of human involvement. Interaction requires explicit or implicit communication between robots and humans. The communication and interaction can be classified into two general categories:

Proximate interaction
The humans and the robots are co-located in the same space, they can share the same volume as in the case of robotic exoskeletons, which are built to be donned by humans and used for intuitive teleoperation of other robots, physical exercise, force augmentation or rehabilitation.

The ESA HRI laboratory has spaceflight proven competence in telerobotics applied to the space experiment (see METERON) particularly with the use of haptic feedback.
Furthermore, it has a history of research and development in robot exoskeletons for space use.