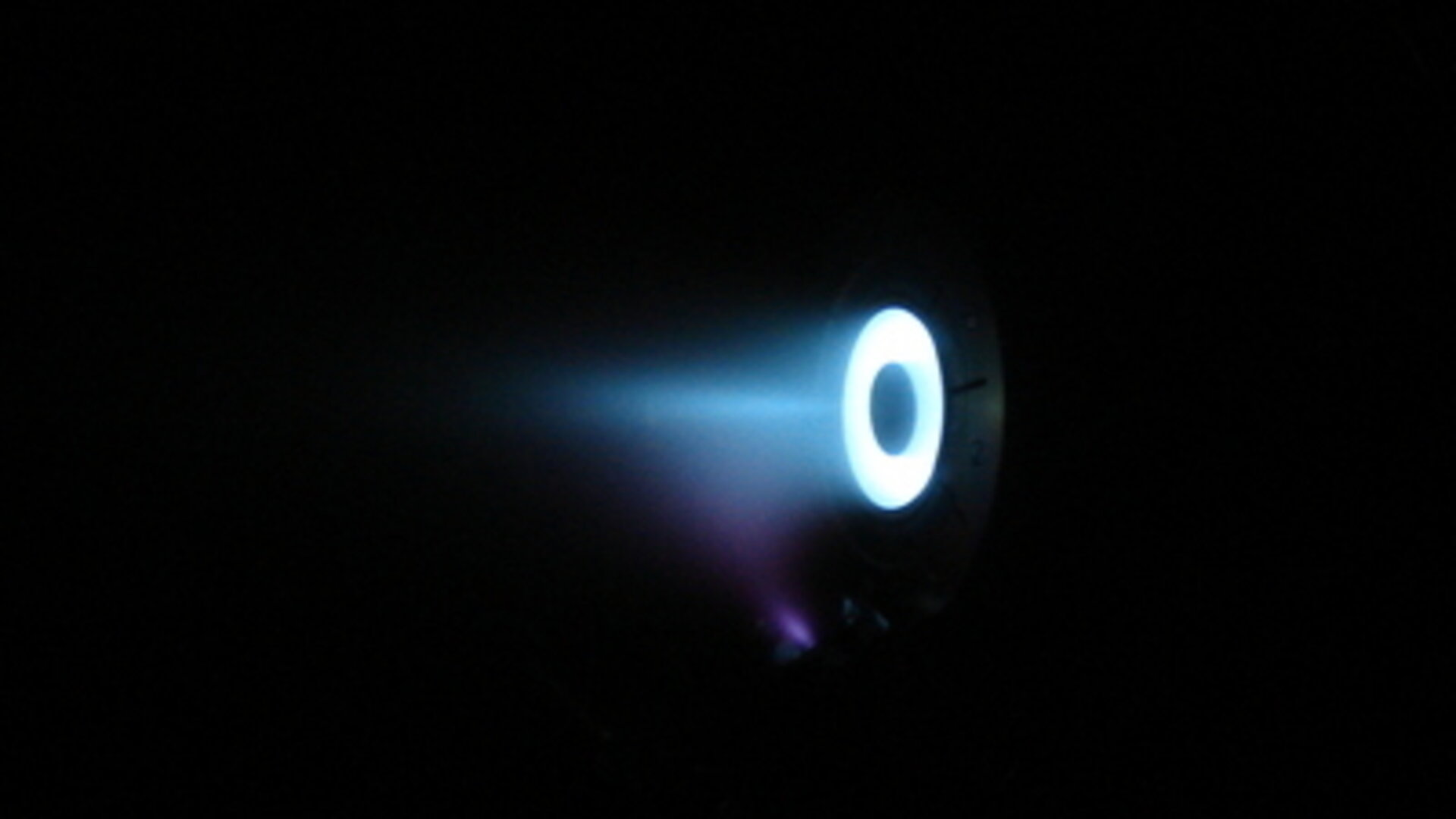 Once up in orbit, the ability to produce precisely controlled, lower-energy thrusts becomes very important to meet mission goals. ESA’s Propulsion Lab tests methods of controlling the motion of spacecraft once they have reached space. In particular, the Lab has acquired a great deal of expertise on various methods of electric propulsion as well as chemical propulsion systems.

Much of the Lab’s work involves characterising engine performance during firing. The Lab has a certified ability to obtain these measurements. As well as possessing general ISO 9001 quality management accreditation, the facility has specific ISO 17025 accreditation for measuring thrust, mass flow and electrical parameters related to propulsion system operations, along with related calibration processes.

Another test the Lab offers is endurance firings. As ion thrusters in particular deliver low initial acceleration they often need to operate for extended periods of time to yield full benefit – hundreds or even thousands of hours at a time.

An ISO class 8 cleanroom, the Lab incorporates seven vacuum chambers of various sizes – from a maximum 2 m in height and 5 m in length down to a compact 0.8 m by 1 m – customised for testing different types of engine. Elaborate multi-stage pumping systems take the air inside down to a maximum 11 orders of magnitude below standard atmospheric pressure. Temperature and humidity are rigorously controlled, and the Laboratory is served by an uninterruptible power supply.

Four vacuum chambers are located above a 160-tonne concrete slab known as the Seismic Isolation Block. This block can be raised up on eight pneumatic dampers to filter external vibration. To damp seismic ‘cross-talk’ between experiments running on the block, smaller isolation blocks can be jacked up within individual chambers.

Experiments require extremely accurate measurements of thrust force down to millinewton and micronewton levels, so the Laboratory has worked with external specialists including the UK’s National Physical Laboratory (NPL) to develop custom made thrust stands. These stands work on a basis of displacement to derive thrust.

The latest vacuum chamber, known as the Small Plasma Facility, is large enough to place sections of a spacecraft inside as well as a thruster, to study interaction with adjacent spacecraft surfaces. The Lab is also working with NPL on a nil force pendulum design capable of measuring previously undetectable 0.1 micronewton displacements.

How do I find out more?