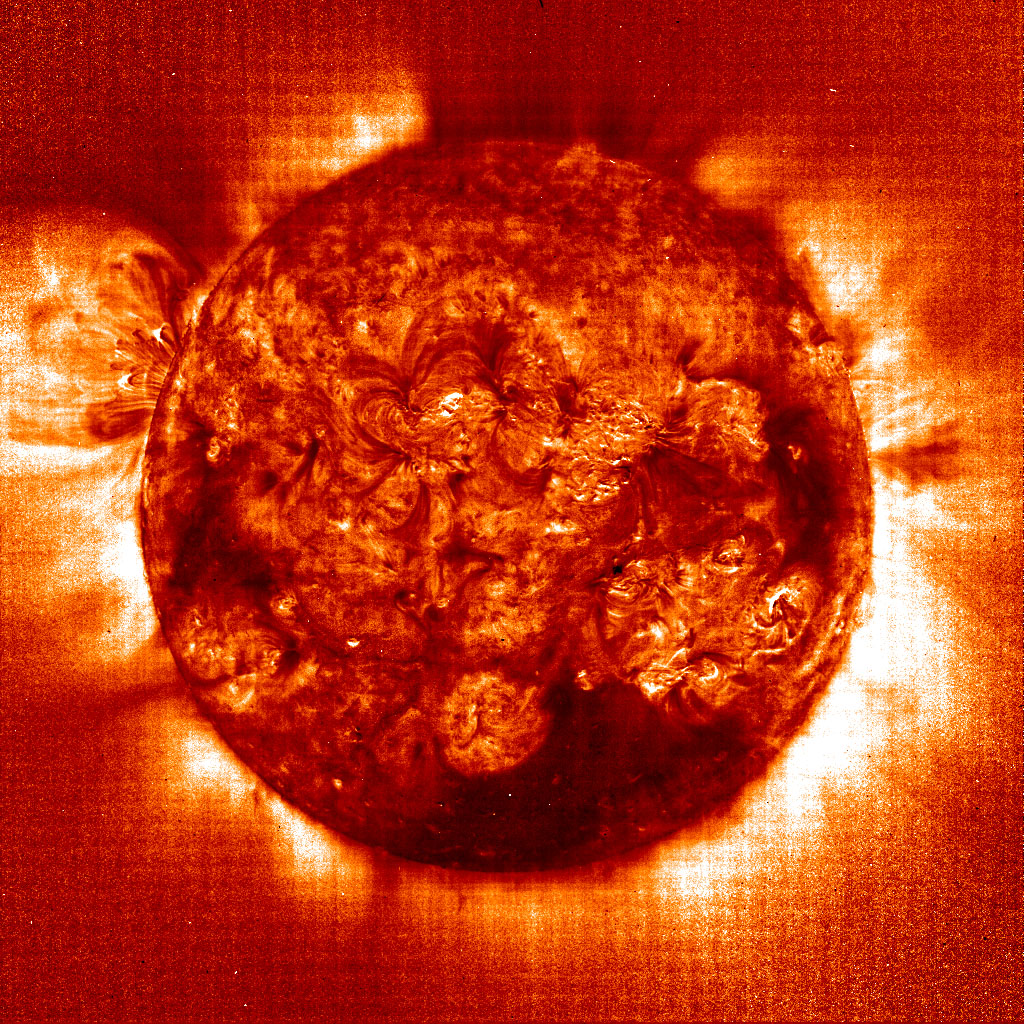 The Sun is our nearest star. The Sun provides us with light and heat. It also gives out dangerous ultraviolet light which causes sunburn and may cause cancer. Without the Sun there would be no daylight, and our planet would simply be a dark, frozen world, with no oceans of liquid water and no life.

From Earth, the Sun looks like it moves across the sky in the daytime and appears to disappear at night. This is because the Earth is spinning towards the east. The Earth spins about its axis, an imaginary line that runs through the middle of the Earth between the North and South poles. This means that to us here on the spinning Earth, the Sun appears to rise in the east in the morning, and climb higher and higher in the sky towards midday. In the afternoon the Sun then seems to move lower and lower in the sky before setting in the west.

Although it seems small when seen at sunrise or sunset, this is only because the Sun lies about 150 million km away from us. At this distance, it takes about 8 minutes for sunlight to reach us – even when it is travelling at about 300 000 km/s. This means that we see the Sun set eight minutes after the event has actually taken place!