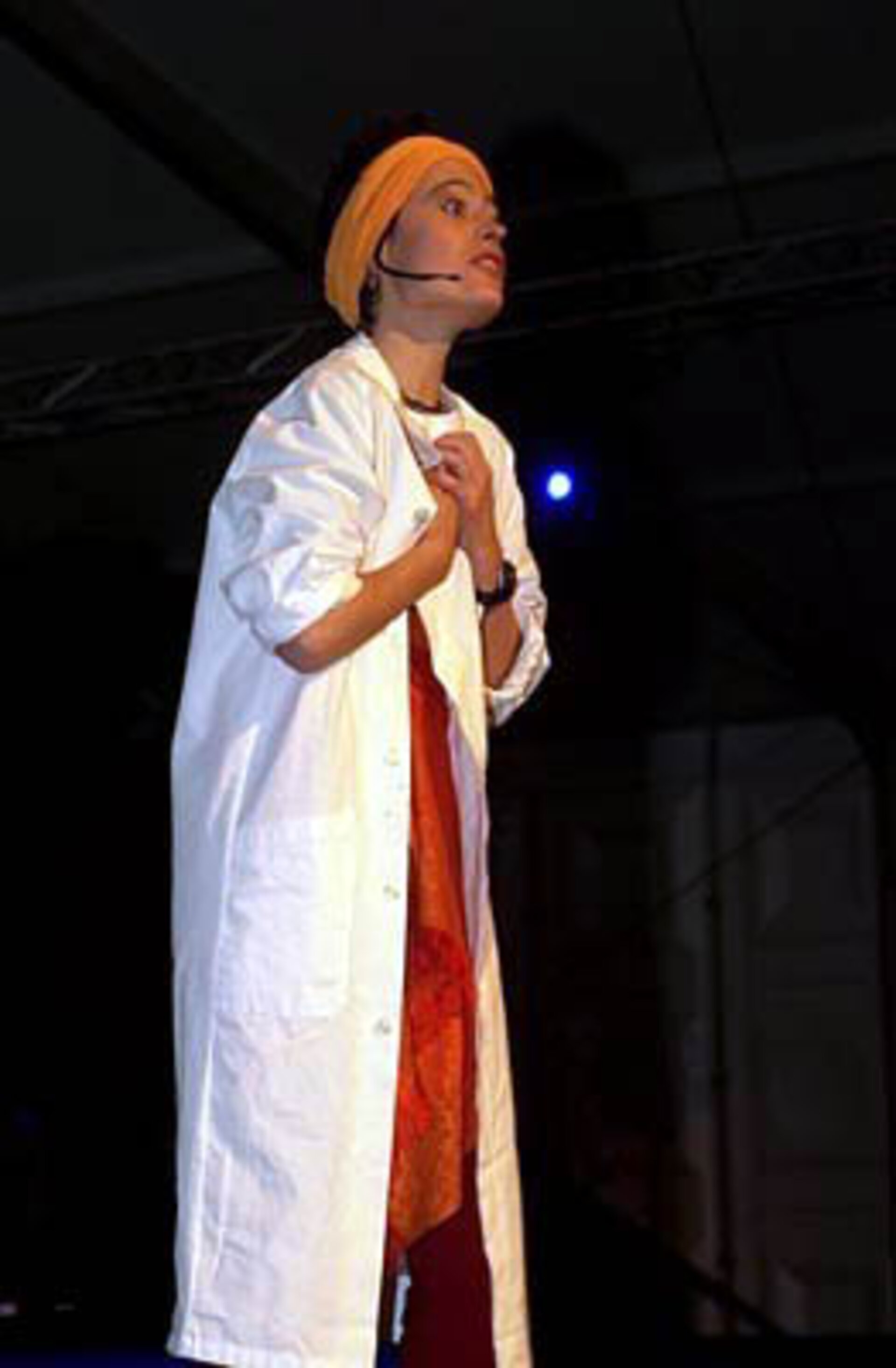 What has a spacecraft to do with modern life? Can space technology provide better transport or make babies’ lives safer? What has a refrigerator to do with meteors or fire-resistant materials with rockets?

These are questions that the Belgium play Space for You, shown at the Plateau d'Uccle observatory in Brussels, in November tried to answer.

Space for You was organised by ESA, Belgian scientific institutions and Belgian industry. This multimedia theatre show set out to demonstrate the connection between satellites, launchers, Earth observation and space travel with everyday items such as firemen’s uniforms, babies’ pyjamas and the weather forecast. Judging from the audiences’ reaction – it succeeded.

"We wanted to illustrate the fantastic aspects of technology and science to the 12 to 18 age group" says Leonieke Karlas of the Public Relations and Communication department of Fedichem, Belgium. "Today there is a shortage of young people who choose to study science, this means that industry has difficulty in finding personnel trained in science and technology."

"Instead of a conventional presentation we wanted to try and communicate with young people in their own language, to show how fascinating technology and innovation can be and to bring to their attention the many opportunities in the scientific fields. That's why we choose a theatre play mixed with circus art and flashy audiovisual multimedia effects."

The play was created by staff from Fedichem and Agoria, together with multimedia specialists from Eye-d Motionmakers and circus artists from Blue Lemon. ESA supplied material on space missions and technology transfer as well as the videos and models of satellites and the International Space Station.

Every day for seven days the show was held in a circus tent with room for 950 people. During the week, more than 6200 pupils from over 300 schools in Belgium attended the performance and at the weekend, when the show was open to the public, it attracted more than 3500 visitors.

Space for You - a magic cocktail!

The play began with the ‘big bang’ theory of the origin of the universe some 14.5 billion years ago. This was illustrated with an incredible amount of light and sound - an excellent means of communicating with an audience more familiar with discos and MTV than space; clearly the teachers were above the target age.

Then the show moved swiftly forward in time by the use of audiovisual scenes shown on three large screens behind the stage. The three main characters in the play were Teq, the technician from industry always defending the technological capacity of companies, Kara who represented humanity conquering space and Bogar from the year 4002, who knew what the future would bring and the dangers for Earth and its resources.

The drama was provided by Kara falling in love with Bogar. Through this evolving story the audience learnt about the exciting aspects of space, technology and innovations as well as the need to protect the Earth’s environment. The authors managed to create a simple but interesting play which through the developing story of the three characters introduces the audience to the achievements of space programmes and the benefits they bring to our everyday life, such as:

It was clear from the enthusiastic response of the young audience that they both enjoyed the play and understood its message.

Pierre Brisson, head of ESA's Technology Transfer Programme, also enjoyed the show. "Space for You is a fresh, entertaining and funny play which appeals to the young people that Europe needs for its future technology research and development - well done!"