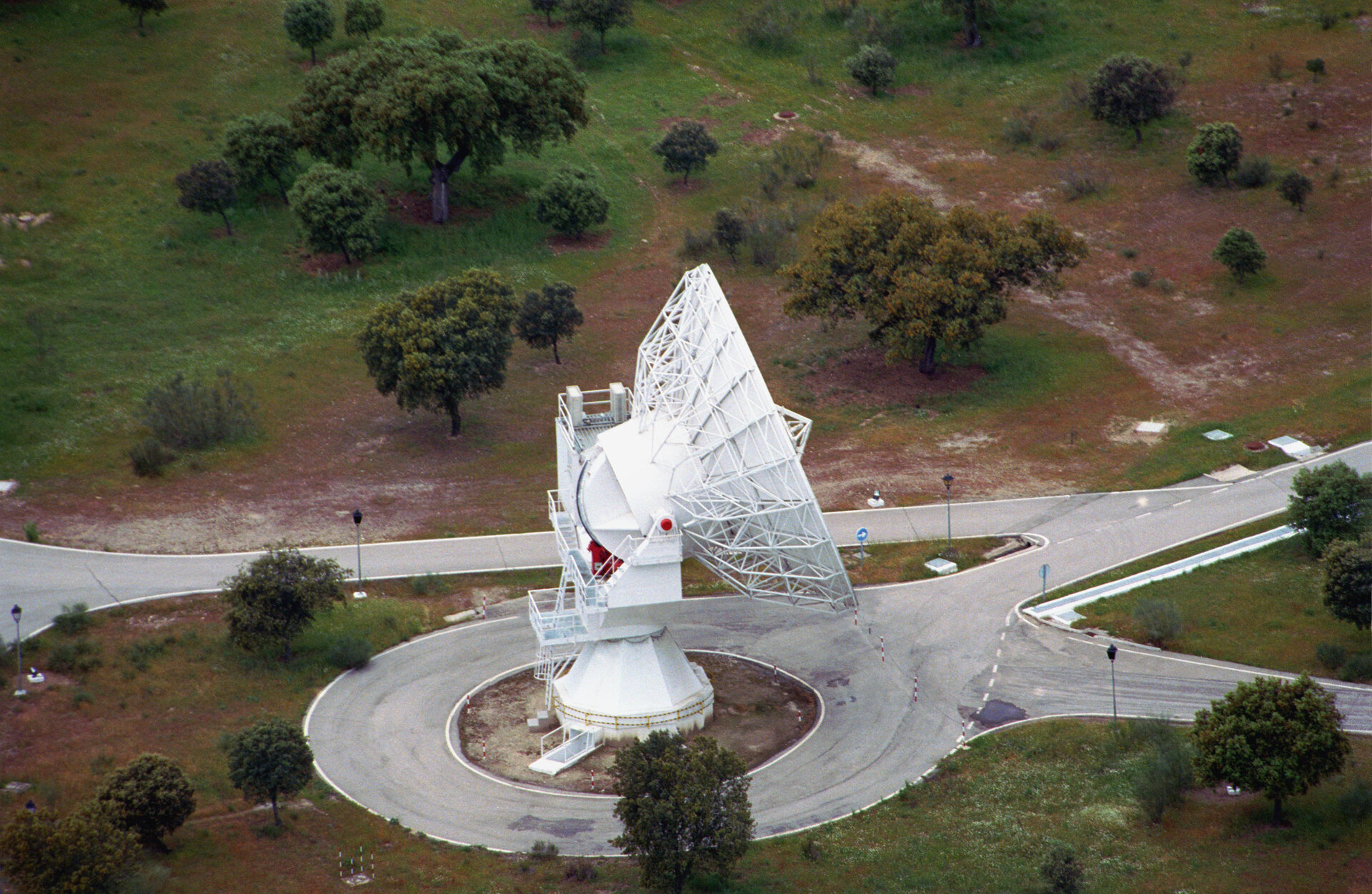 Satellites stay in contact with the Earth by means of a ground-station network. Engineers send commands to correct their trajectories, manoeuvre them into different orbits, and operate their instruments. The satellite transmits back to Earth not only the scientific data that it is gathering, but also the ‘housekeeping’ information needed by the operators to check the satellite’s performance.

For these purposes, ESA has a number of antennas located at ESAC in Villafranca, Madrid, with modern electronic telemetry, telecommand and ranging equipment that allows commands to be sent to control the satellites and their payloads, as well as the scientific data to be received on the ground.

ESA also has a deep space antenna located in Cebreros, Ávila. ESA’s next generation of astronomy and planetary missions are highly ambitious. Designed to open up new frontiers in space exploration, many of them will be placed very far away in space, not even orbiting Earth. To communicate with these deep-space missions, ESA is building-up a new network of deep-space antennas.

The powerful new 35-metre antenna at Cebreros is currently one of two ESA deep-space ground stations, the other being at New Norcia in Australia. Cebreros’s first task will be to support the Venus Express mission – the first ESA mission to our nearest neighbouring planet and the hottest in the Solar System – from October 2005. Other interplanetary missions will follow, including BepiColombo, as well as missions orbiting the second Lagrangian point – a point beyond the Moon, 1.5 million kilometres from Earth – such as Herschel, Planck and Gaia.