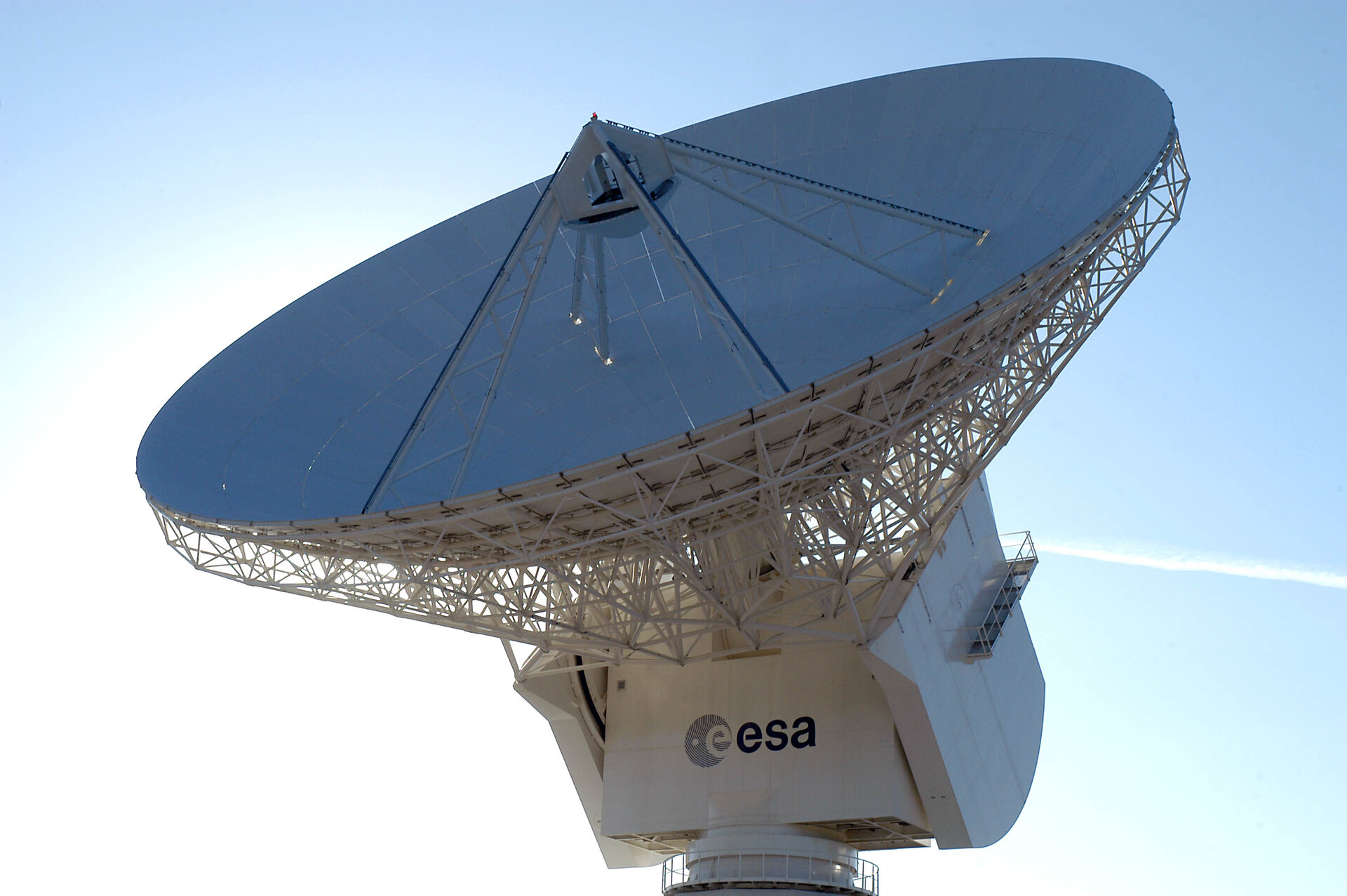 The Cebreros station, DSA 2 (Deep Space Antenna 2), is located 77 kms west of Madrid, Spain. It hosts a 35-metre antenna with transmission and reception in X-band and reception in Ka-band. It provides routine support to deep-space missions including Mars Express, Gaia and Rosetta.

The ground station is situated about 12 kms south of Cebreros; Cebreros is situated in the province of Avila.

The station has a frequency and timing system, a monitoring and control system and communications are enabled via the ESA Operations Network (OPSNET). The site is equipped with a no-break power plant.

Construction on the Cebreros station started in early 2004 and the station was formally inaugurated in September 2005. The first X-band signal was received from Venus Express on 10 November 2005, marking the start of operations.

The antenna dish is 35 metres in diameter and the entire structure is 40 metres high and weighs about 620 tonnes. Engineers can point the antenna with a speed of 1 degree per second in both axes. Cebreros' servo control system assures the highest possible pointing accuracy under the site's environmental, wind and temperature conditions.

The Cebreros antenna incorporates state-of-the-art technology and the site was chosen for ESA's second deep-space antenna for several reasons. Since this antenna must be positioned 120 degrees East or West of our first deep-space antenna, DSA 1, in Australia, an ideal location would have been ESA's European Centre for Space Astronomy, located in Villafranca, near Madrid. However, active urban development in the ESAC surroundings could have caused interference.

The Cebreros location, which formerly hosted a NASA tracking station, is equally good and is distant from densely populated areas.

There are plans to upgrade the station in the future to enable data transmission in the Ka-band (32 GHz), which will become the future international standard for deep-space missions.

Cebreros will also support future ESA deep-space missions, which could include ExoMars, Lisa-Pathfinder and BepiColombo.