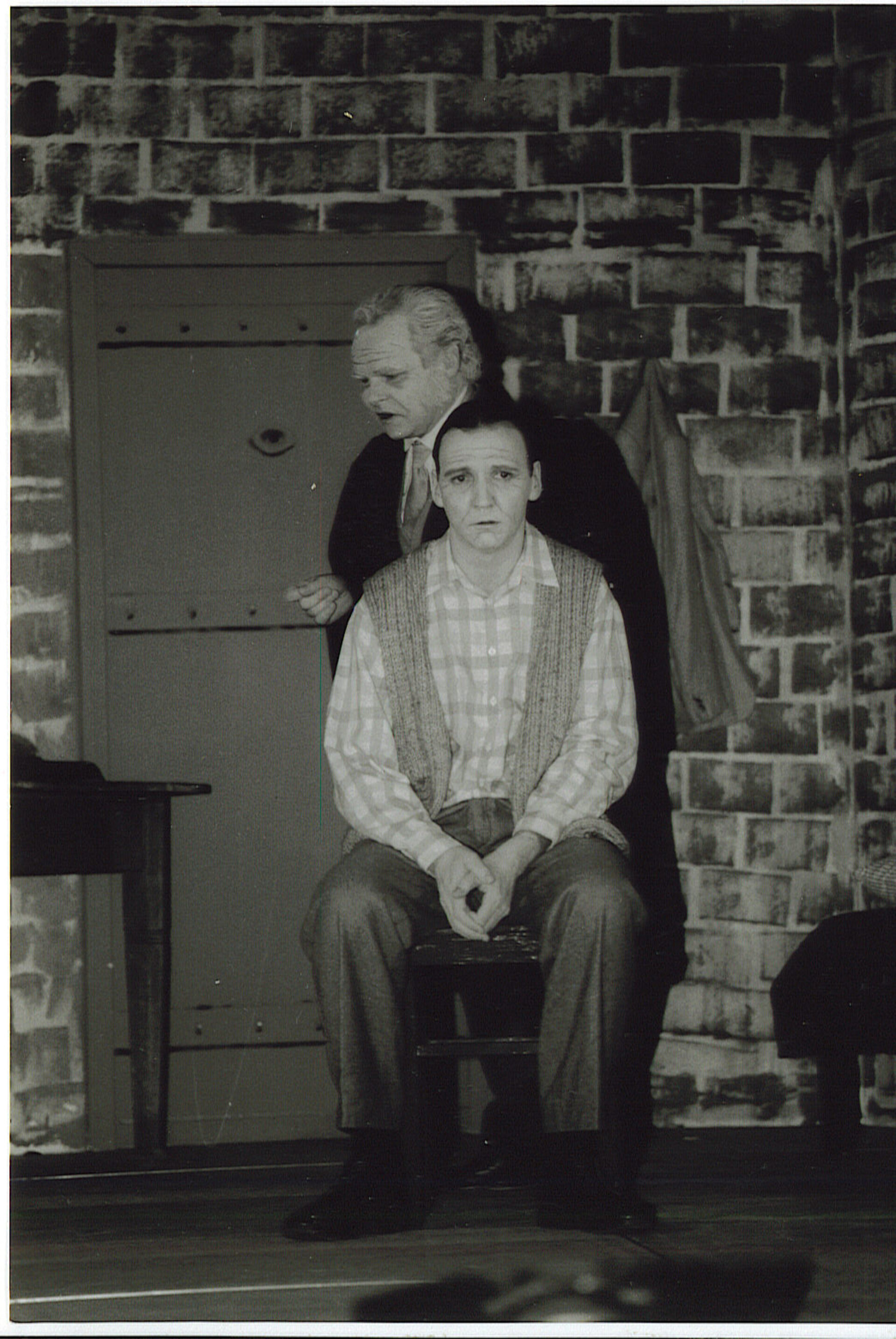 This year marks the 20th anniversary of the ESOC Theatre Group, a long-time favourite for fans of the stage from all nationalities in Darmstadt's local community.

Since 1988, the ESOC Theatre Group has developed a reputation for high-quality amateur productions, providing a venue for talented expats to participate in the local theatre and arts scene.

As a social club operated by ESA's European Space Operations Centre and including members from EUMETSAT (the European Organisation for the Exploitation of Meteorological Satellites) for the benefit of the (largely) English-speaking foreign and expat staff, the group is nominally an internal effort.

But over two decades, the ESOC Theatre Group has also been a welcome home to a significant number of players from international firms in the area, local German thespians keen to improve their English theatrical skills, as well as numerous Americans, primarily from the US military community's Performing Arts Center.

Productions have also been noticed by local media, garnering positive reviews in the Darmstadt Echo and other newspapers - which says a lot considering the strong and growing competition from local international arts and culture in the Darmstadt and Rhein-Main regions.

Off to a good start

About the only thing we haven't done is a full-on musical.

"We've done more than 20 full productions in 20 years - light comedies, farce, drama, one-act plays, thrillers - plus numerous readings and skits at ESOC events; about the only thing we haven't done is a full-on musical. It's truly a multinational effort and we've always had a great audience, with typically several hundred attending over the course of a five-night production run," says Dave Andrews, past club chairman and recently retired after 33 years with ESA and 25 years at ESOC.

Andrews says the club got started in 1988 when ESOC's Greg Cippolloni sent out a note to staff seeking volunteers for the first performance, Terence Rattigan's comedy "French without Tears," which was staged at Darmstadt's US military casern. "There were nine roles, and nine people showed up for the kick-off meeting, so everyone got in."

This was followed by a variety review that included some Monty Python, some Rowan Atkinson, some self-written sketches and "a great chorus line at the end - we even hired a pro choreographer," says Andrews with a smile.

The group was off to a good start and as word spread that the productions were actually fun to play in as well as watch, later shows were often over-subscribed for on-stage talent.

When Cippolloni left ESOC the following year, Andrews took over, aiming for two productions per year. With the extreme changeability in satellite launch schedules, the club never quite achieved this goal, but has nonetheless fielded a strong series of productions and notably taken part for many years in FEATS, the invitation-only Festival of European Anglophone Theatrical Societies.

FEATS participants, from throughout Europe, must bring their own costumes, sets and props, and each troupe are given just ten minutes to set up, circa 40 minutes to perform and five minutes to strike stage, making it an excruciating test of organisation, stage management, showmanship and acting skill, not to mention logistics.

The ESOC Theatre Group grabbed the spotlight at FEATS 1992 in Brussels, with a second-place overall win for John Mortimer's "The Dock Brief," combined with the top award for best stage set. ESOC's Alastair McDonald also took a Best Actor award (McDonald later served as the club chairperson between 2000-2007). Dock Brief is a challenging, satirical comedy with strong surrealistic themes, and demanded the utmost from everyone involved.

The next day's debriefing to all competitors by Anthony Cornish, a professional theatre adjudicator, brought additional praise, with the comment that ESOC's efforts reminded him of "experimental German theatre of the 1930s."

The group has also benefited over the years from a lot of professional-calibre talent for directing and stage design and construction. In 1993 for example, in 'A Small Family Business', the stage included a two-story house with running water and a working cooker.

It should be noted that club members have never been required to be native speakers of English, with many roles being taken by enthusiastic amateurs with only basic abilities - but they've always found a way to make the accent fit the role

Furniture, props and actors were all stacked on top one another. But that's how it goes in amateur theatre - you work with what you can find.

Over the years, the ESOC troupe has made use of numerous venues, including various buildings at ESOC - located, like London's famous theatre district - in the city's west end, followed by the American Performing Arts Center, the most popular venue. Plays have also be staged at the Schwanen Saal in nearby Eberstadt and the Knabenschule in Bessungen.

"The Knabenschule in 1989 was a challenge - there was no real backstage to speak of; furniture, props and actors were all stacked on top one another. But that's how it goes in amateur theatre - you work with what you can find," says Andrews.

Whatever the challenges of amateur theatre, Alastair McDonald says there are three objectives to be kept in mind: team members should have fun putting on the production, the audience should enjoy the presentation, and the production should be a work of art. "I think as an amateur group these are the correct priorities and I believe over the twenty years of our existence we have succeeded in these aims," he says.

Looking back, Andrews says the cultural scene in the Darmstadt area has changed considerably in 20 years. In the beginning, the Theatre Group played for audiences drawn primarily from the ESOC and EUMETSAT communities. Today, a much wider audience comes to watch, propelled by the region's increasing interest in all manner of international cultural activity.

"We're always looking for more hands. It's not just about doing theatre in English, or anything unique to ESOC or the space community. It's a family of talented people and we could be anywhere - in Germany, in the UK or even in America - we just love performing and want to get on with the play," he says.

The ESOC Theatre Group will perform "Dancing at Lughnasa" by Brian Friel on 27, 28 and 29 November 20078 at the Alte Schalthaus in Darmstadt. Tickets will be available early in November. More information via the link at right.

The ESOC Theatre Group's activities are sponsored by the Sports, Social and Cultural Committee (SSCC).