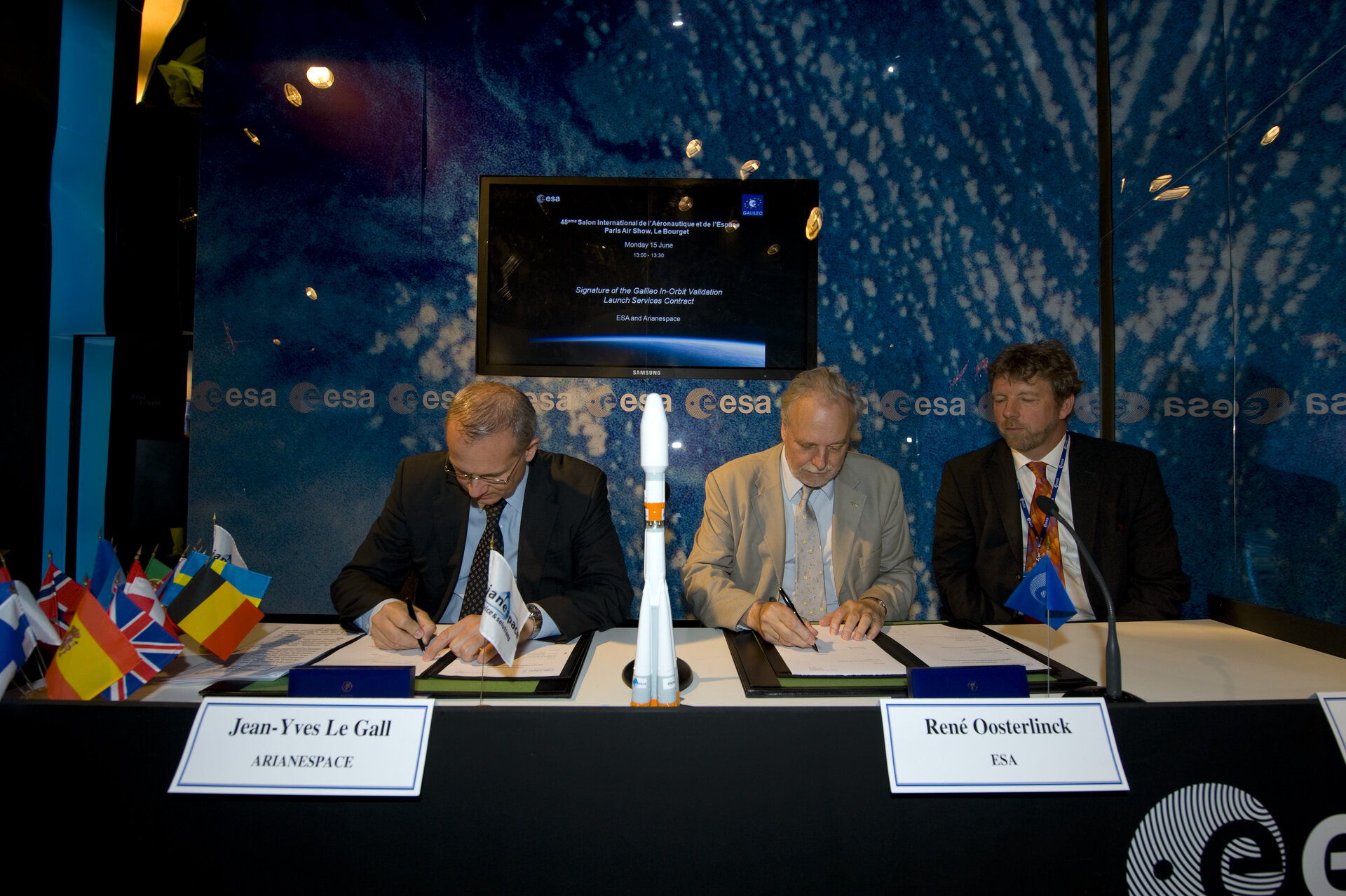 Yesterday at the Paris Air Show in Le Bourget, ESA and Arianespace signed a contract for the launch of the first four operational Galileo satellites on two Soyuz launch vehicles from Europe’s Spaceport in French Guiana.

Following the successful launch of the and satellites, the signature of the IOV Launch Services Contract marks an important milestone for the Galileo programme as it progresses towards the operational deployment of the satellites of the Galileo satellite navigation system. The four IOV satellites will be placed in a circular orbit at an altitude of 23 600 km by the end of 2010. Development of the Galileo system is being carried out under a joint ESA/European Union programme.

The launch vehicle chosen to carry the four Galileo IOV satellites into orbit is the with a Fregat MT upper stage, which has been adapted for the deployment needs of the Galileo programme. The Soyuz at CSG Programme is an ESA Programme with co-funding of Arianespace and the European Union.