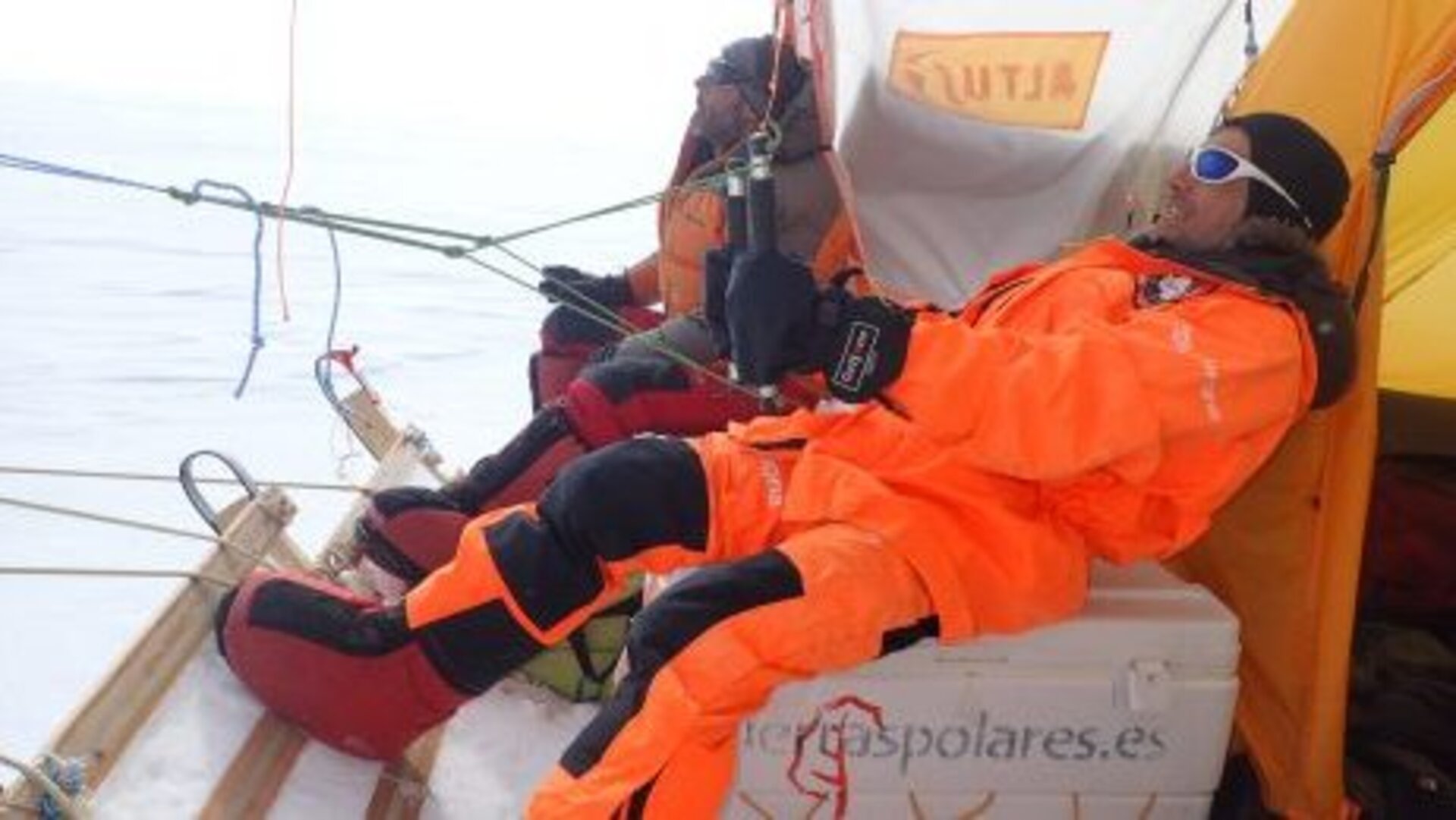 A kite-blown science expedition to the interior of Antarctica has made the most southerly positioning fixes yet made with Europe’s Galileo satellite navigation system.

Their measurements not only confirm Galileo performance at extremely high latitudes, but also offer knowledge of space weather events overhead. In particular they offer insights into the ionosphere – the electrically active upper layer of Earth’s atmosphere – above the southern continent, and the performance of Galileo software to correct ionospheric interference.

The four-person expedition left Russia’s Novolazarevskaya Base on 12 December last year. For more than 40 days they made their way to Dome Fuji, a 3810-m high ice dome in Eastern Antarctica – one of the coldest places on Earth. After reaching the high point on 21 January, they are now back at the Russian base.

This ‘Antarctica Unexplored 2018-2019’ expedition, mounted by Spain’s Asociación Polar Trineo de Viento, is employing a unique zero-emission vehicle specially designed for polar exploration. The Inuit WindSled is a multi-part sledge the size of a lorry, complete with mounted tents and solar power panels, pulled through the ice using a mammoth 150 sq. m kite.

The Windsled’s inventor, Ramón Larramendi, is also the expedition leader: “This marks the first time we’ve climbed the Fuji Dome in a vehicle driven by the wind – everyone who reached there before relied on motorised vehicles. So this is also the first time we’ve travelled more than 2 400 km with more than 2 000 kg of cargo using a vehicle that does not pollute the Antarctic continent.

“We are also doing this in collaboration with ESA, among other scientific institutions, which is very important because it allows us to demonstrate this polar eco-vehicle has excellent possibilities for enabling science in the interior of the Antarctica continent.”

This expedition carries a total of 10 scientific experiments from different research institutions, covering fields such as climate change, meteorology and astrobiology. ESA’s involvement with the expedition is the Galileo Experimentation and Scientific Test in Antarctica (GESTA) project.

GESTA involves regular positioning fixes being made over the course of the expedition for all satellite navigation constellations in all kinds of weather and geomagnetic conditions encountered. ESA provided the satnav receiver, with GMV in Spain contributing an advanced signal recorder for data analysis.

One of the important aspects of the study is the monitoring of the ionosphere in such high latitudes during low solar activity. Ionospheric interference can degrade satellite navigation performance, and its incidence is linked to solar activity.

GESTA is overseen by ESA’s Galileo Navigation Science Office, led by Javier Ventura-Traveset: “We are very pleased with this pilot scientific experience, having been able to collect Galileo measurements all over the expedition trip as planned.  The expedition reached latitudes near 80 degrees south, to our knowledge the most southerly latitude measurements ever-performed in-situ with Galileo in its current near-complete constellation status.

“We have also collected data from all other global satellite navigation systems and all available different frequencies, which will allow us also to assess multi-constellation solutions and compare their performance on these conditions. The expedition team kept in continuous contact via satellite with our office, allowing us to plan their activity, asking, for example, for dedicated data collections during space weather relevant events.”

Manuel Castillo, system engineer at the Galileo Navigation Science Office, explains: “Once the expedition data are delivered, we will be able to assess Galileo positioning, navigation and timing capabilities at polar latitudes and how they are influenced by space weather events during low solar activity. In particular, we will analyse if the occurrence of coronal holes is correlated with observed ionospheric interference. Coronal holes are open areas in the Sun’s outer layer, the corona, that allow the solar wind to leave the Sun and reach Earth, triggering moderate geomagnetic storms.

“At this moment in the 11-year solar cycle, with the Sun close to minimum activity, full-scale solar storms are not frequent, but the ongoing communication between the WindSled team and the Galileo Navigation Support Office allowed us to coordinate measurement times during the three minor geomagnetic storms the expedition experienced during the trip.”

The coronal holes triggering these geomagnetic storms were monitored, meanwhile, by Sun-watching missions such as NASA’s Solar Dynamic Observatory, the NASA-ESA SOHO and ESA’s Proba-2.

ESA’s Galileo Navigation Science Office is based in European Space Astronomy Centre, ESAC, near Madrid. It was set up in 2016 as a joint initiative between ESA’s Science and Navigation Directorates, coordinating scientific opportunities through interaction with the scientific community and the independent GNSS Science Advisory Committee.