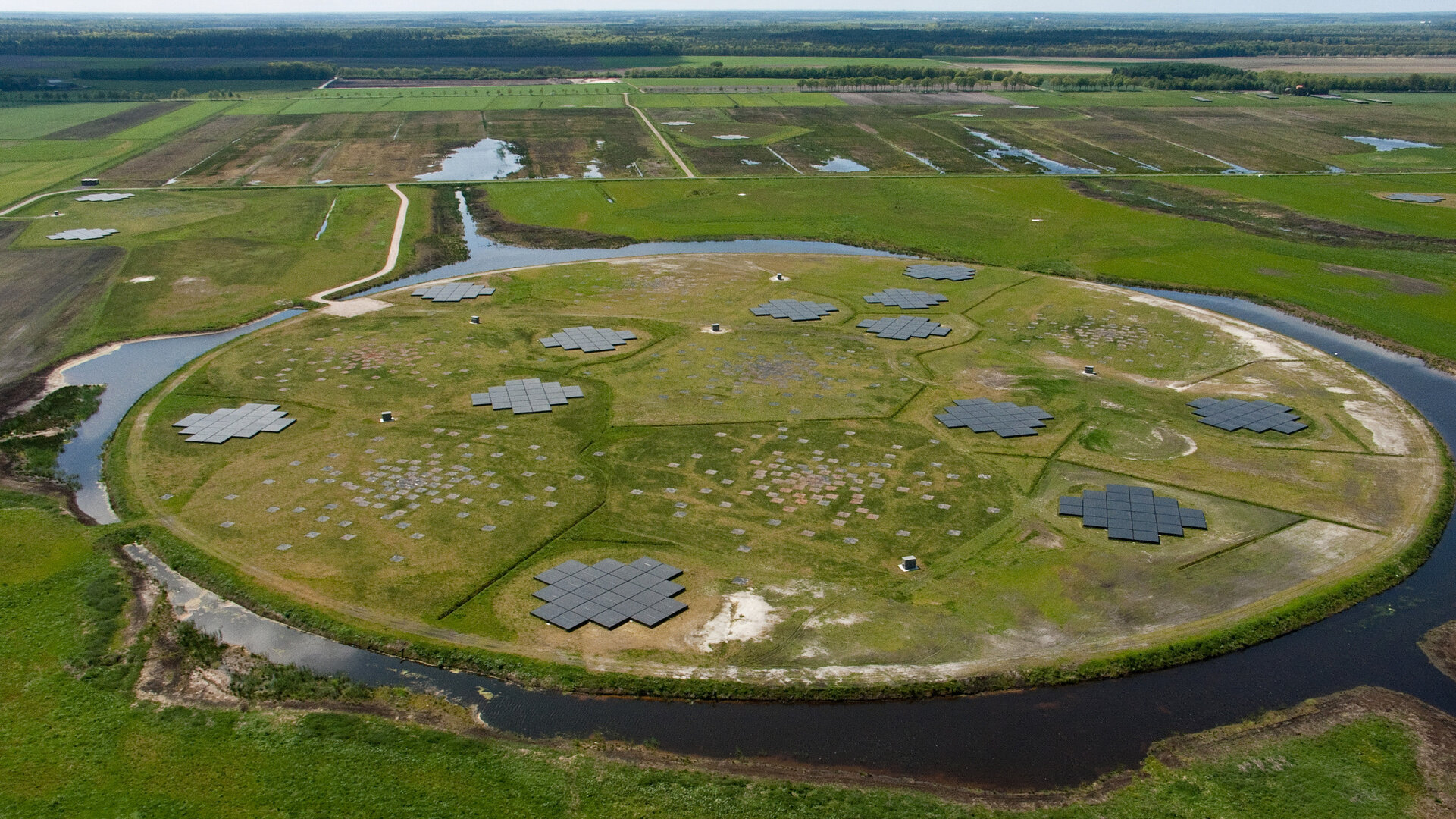 Radio astronomers and satellite navigation engineers are focusing their attention on the same point of the sky, looking into methods of improving both satnav accuracy and radio astronomy.

What resembles at first an ancient earthwork in a nature reserve in the northeast of the Netherlands is actually the heart of the most advanced radio telescope in the world, spanning northwestern Europe.

The LOw Frequency ARray, or Lofar, operated by the Astron Netherlands Institute for Radio Astronomy, consists of 51 antenna stations from Sweden to Ireland and Poland tasked with studying some of the lowest frequencies that can be observed from Earth, probing the primordial era before stars and galaxies were formed.

Discovered by early-20th century radio pioneers, the ionosphere creates major satnav errors owing to its tendency to delay and bend navigation signals as they travel the many thousands of kilometres from satellites in orbit down to the ground.

In the worst cases, satnav positioning errors of tens of metres can be introduced by the ionosphere.

A key factor is that the ionosphere is continuously changing, influenced by the Sun and space weather. The astronomy network experiences similar signal interference across its different antennas, but makes up for it by observing a specific strong radio source in the sky as a reference.

For satnav, the favoured solution for larger receivers is to use two frequencies – the difference in signal delay reveals the state of the ionosphere.

For smaller receivers of the kind found in smartphones and other consumer devices, a simpler adjustment is applied.

To investigate methods of improving satnav accuracy, ESA worked with Astron and the NLR Netherlands Aerospace Centre to measure the ionosphere simultaneously: dual-frequency satnav receivers at Exloo and another Lofar station at Steenwijk, and radio observations were made of celestial objects on locations close to the path of European Galileo, US GPS and Russian Glonass satnav satellites.

The ionospheric error is determined by the ‘total electron count’ (TEC) of the signal path through space: the higher the count the greater the error. Very high TECs can lead to scintillations that can cause the loss of satnav signal lock. The free electrons making up this count are produced by high-energy particles from the Sun dislodging electrons from atoms at the top of the atmosphere.

The results from the cross-measurements have proved promising. A dual-frequency satnav receiver can give estimates to about a single ‘TEC Unit’ (equal to about 10 million billion electrons along a square metre cross section along the signal path). Vertical TEC Unit values can range from a few to several hundred TEC Units. Lofar, however, can shrink this estimate tenfold, down to an accuracy of at least 0.1 TEC Unit relative between a pair of Lofar stations, with much lower noise levels.

Analysis suggests a dedicated ionosphere observation system might be used in future to improve overall satnav accuracy, while also supporting the calibration of Lofar and comparable radio astronomy systems.

The project was supported through ESA’s European Global Navigation Satellite System Evolution Programme, undertaking research and development linked to satellite navigation and augmentation systems. It was run for ESA by NLR and Astron.