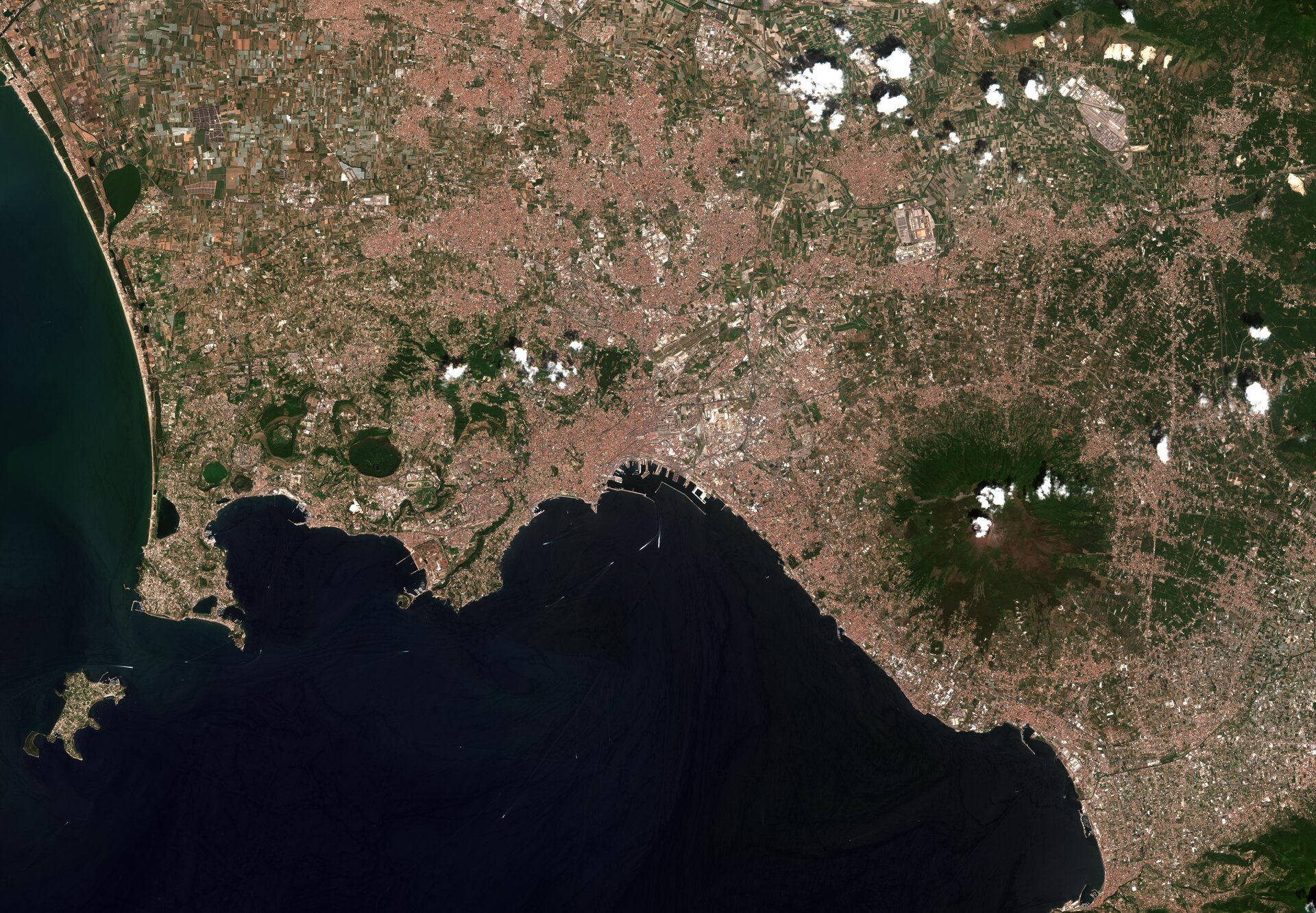 With the Sentinel-2B satellite close to beginning its working life in orbit, this latest Copernicus satellite has linked up to Alphasat by laser, across almost 36 000 km of space, to deliver images of Earth just moments after they were captured.

The test, which was done as part of Sentinel-2B’s commissioning, included capturing a strip of images from Europe to North Africa and downlinking the data in just six minutes.

This achievement is not only thanks to cutting-edge laser technology, but also the power of ESA’s partnerships with space industries and the European Union.

Following its launch on 7 March, Sentinel-2B is set to be commissioned on 15 June. It joins its twin, Sentinel-2A, which is already supplying a wealth of high-resolution images for the European Union’s Copernicus environmental monitoring programme.

The Sentinel-2 mission not only provides information to improve agricultural practices and map changes in land cover, but it also helps to monitor the world’s forests, detects pollution in lakes and coastal waters, and contributes to disaster mapping. Many of these applications rely on imaging the same area in quick succession. 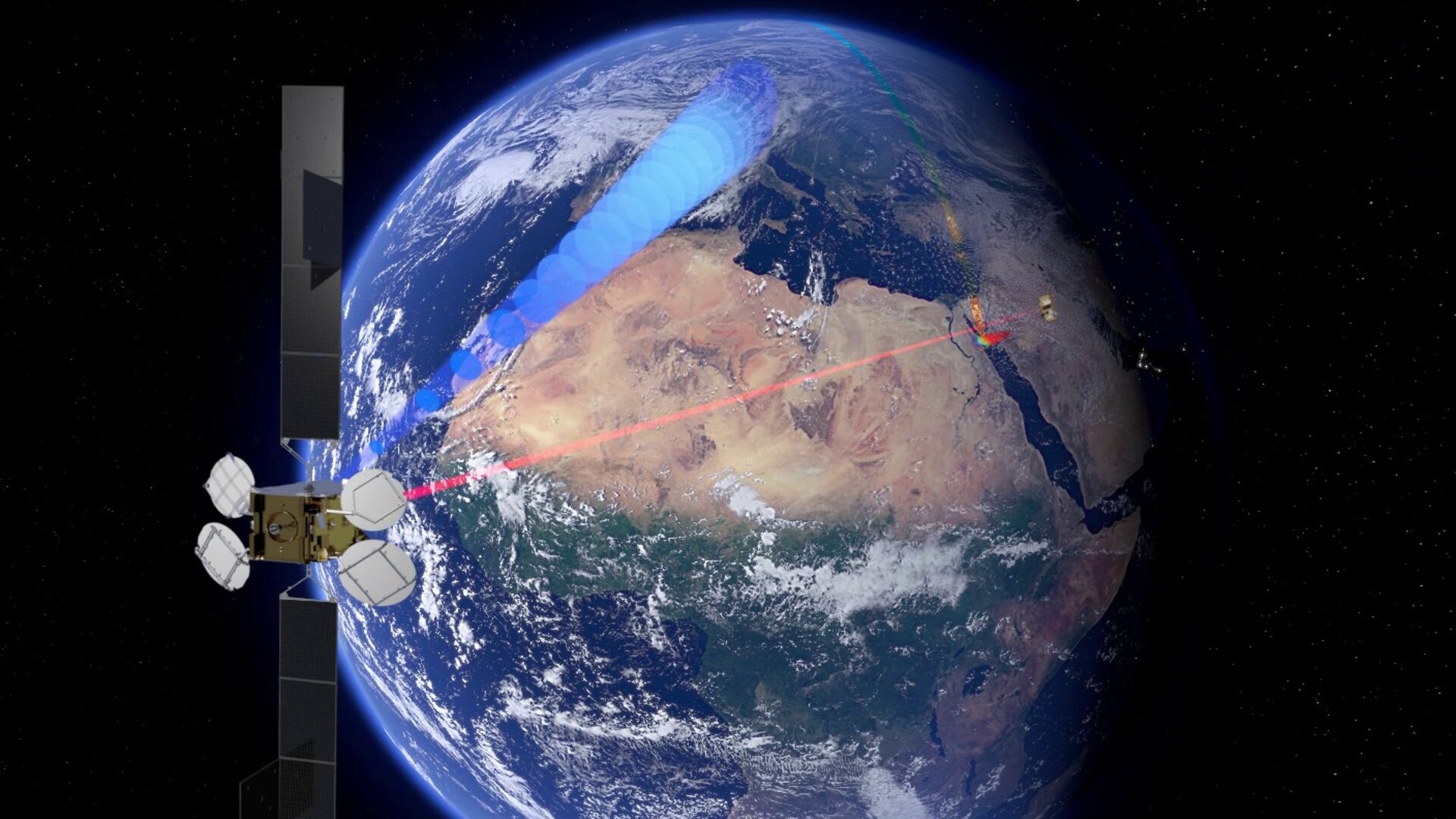 The two Copernicus Sentinel-2 satellites circle on opposite sides of Earth. With each providing 290 km-wide swath, together they can image the globe every five days and image Europe every two to three days.

Sometimes, however, information is needed quicker, or indeed continuously, and this is where the satellites’ lasers come in, complementing the standard ground station network.

Orbiting from pole to pole almost 800 km up, the Sentinel-2 satellites transmit data to Earth routinely, but only when they pass over their ground stations in Europe.

However, geostationary satellites, hovering 36 000 km above Earth, have their ground stations in permanent view so they can immediately stream large volumes of to Earth.

The Sentinel-2 satellites are equipped with terminals to transmit data by laser to satellites in geostationary orbit such as Alphasat and the European Data Relay System (EDRS). These satellites then transmit the Sentinel-2 data to the ground.

As well as being a remarkable technological achievement, this novel system is also thanks to the public–private partnership between ESA and industry.

This latest test paves the way for even greater opportunities for the European Union, EDRS’ anchor customer, to have access to large volumes of data extremely quickly for services that improve daily lives and protect the environment.

ESA’s Sentinel-2 system manager, Omar Sy, said, “The laser link is a bit like an optical fibre in the sky that can connect the Sentinel-2 satellites back to Europe via geostationary satellites.

“The test, which is thanks to cooperation between teams at ESA, the German Space Operations Center in Oberpfaffenhofen, Tesat, Airbus and Inmarsat, has shown that everything is working well.

“This means that once all the commissioning is over, Sentinel-2B will be able to downlink huge amounts of data in a matter of moments via the EDRS ‘SpaceDataHighway’, which is the world’s first optical satellite communication network in geostationary orbit.”