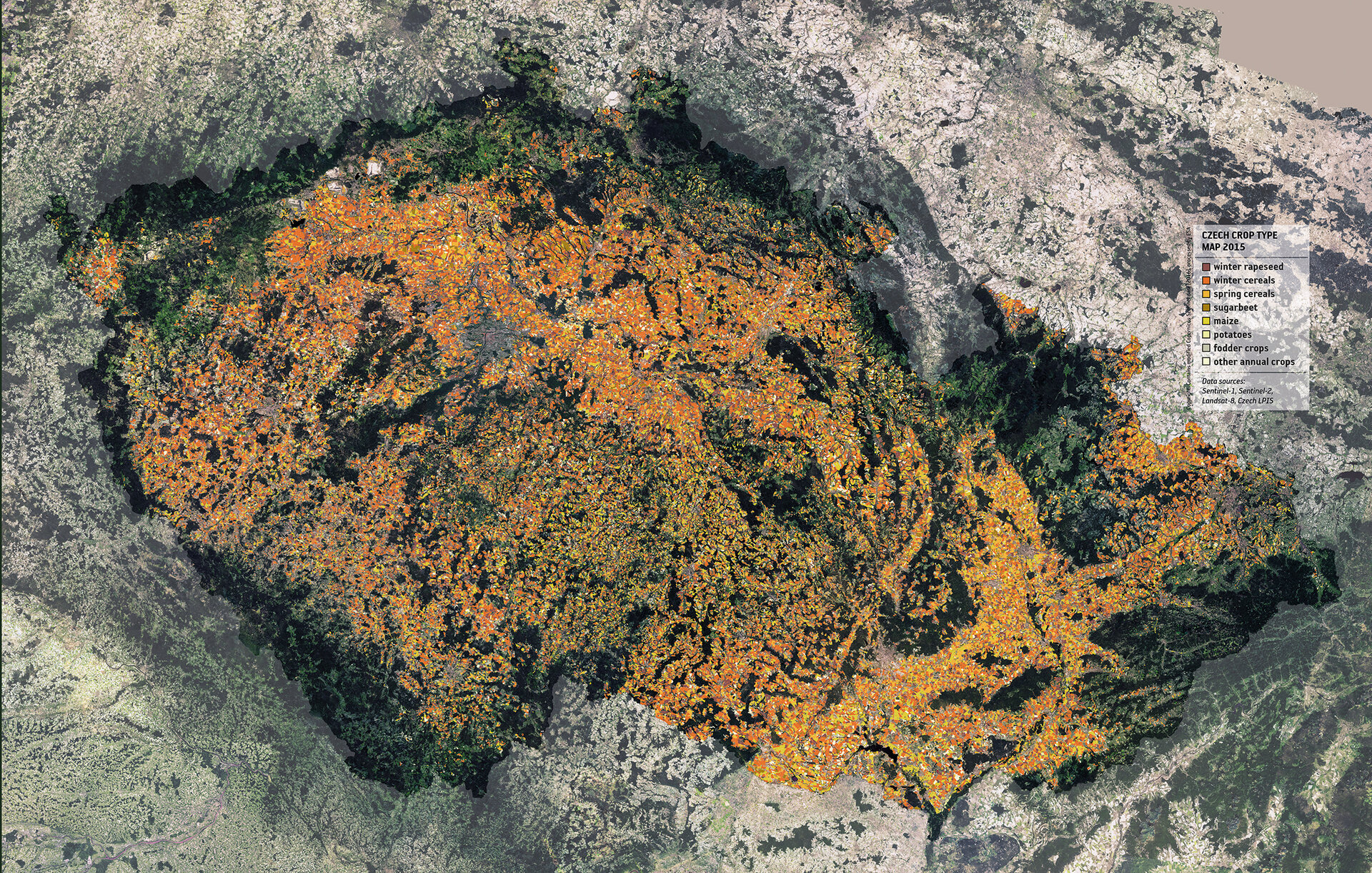 The unprecedented frequency of Sentinel observations capture rapid changes in agricultural production from national to field scale, serving as a major support for environmental monitoring and agricultural subsidy control.

The Sentinel satellites of Europe’s environmental Copernicus programme are used, among other things, to study changes in farming on a weekly basis, with a 10 m resolution, and with a free and open data policy.

Europe’s Sentinel-1 and Sentinel-2 satellites allow us to observe subtle changes in land use. For instance, which crops are being grown and how fast or well they are developing, as well as spotting differences within single, larger fields.

This information can be used for different purposes – from predicting seasonal yields to preventing hunger in some parts of the world. Planning can help to mitigate an expected bad harvest, for example.

Agricultural mapping and monitoring is a key application for Earth observation because of its need for recurrent and frequent data, to produce seasonal and annual information on crop production.

The Sentinels are explicitly designed to support the implementation and monitoring of European policies, such as the Common Agricultural Policy (CAP) at national to regional scale.

The EU spends some 40% of its budget on agriculture subsidies, and whether farmers are declaring everything correctly can be checked through satellite data. The CAP aims to improve agricultural production and sustainable use of natural resources, while considering global issues such as food security and climate change.

At the recent Living Planet Symposium in Prague, ESA launched a national crop map, together with the EU’s Joint Research Centre and the Czech State Agriculture Intervention Fund, covering the Czech Republic.

“This Czech crop map is a key proof-of-concept, linking the free and open data streams from the Sentinels with Member State’s geographical data infrastructure to generate information for a broad community of users in agriculture,” says Guido Lemoine, from the Joint Research Centre.

This national presentation was conceived as a demonstration of what could be achieved in Europe, through the combined use of in-situ information from the Land Parcel Identification Systems (part of the CAP management), together with the dense time series from Sentinel-1 and Sentinel-2 satellites.

The frequent radar data coverage of Sentinel-1 alone was able to distinguish the seven main crop types in the country, including cereals, maize and rapeseed, through their distinct seasonal temporal behaviour, viewed in the data.

Lucie Šavelková from the State Agriculture Intervention Fund says, “The results of the Czech-Agri project are very promising for the implementation in daily activities of the Czech Paying Agency.

“These results indicate high potential of the use of Sentinel data in the agricultural sector, providing useful information in supporting the administration and control of the European Common Agriculture subsidies. “

Renáta Suchá, also from the Fund, adds, “The wide Sentinel data coverage means the outcomes of the activities can be monitored on the overall national and regional level, providing a framework for the analyses of impact of agricultural policies and activities on the environment.”