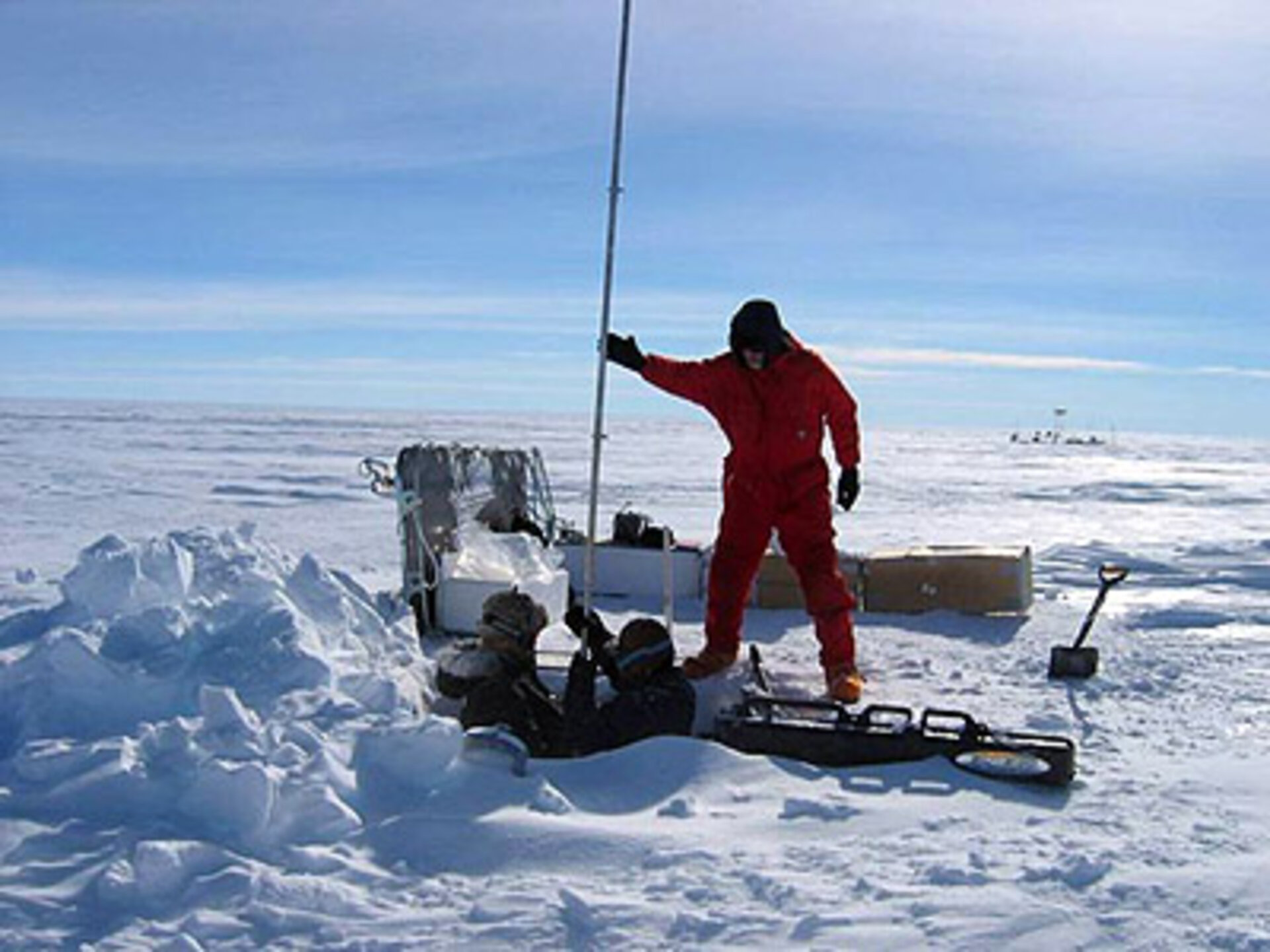 In an unusual step, European scientists participating in the ESA CryoSat validation experiment on the Greenland ice sheet will soon be joined by six students from the Climate Change College. The students will be given an exciting opportunity to take part in an extensive programme of field experiments in preparation for the CryoSat-2 mission.

"Having these students take part in CryoSat campaign activities is the result of a unique collaboration between ESA and the Climate Change College," said Malcolm Davidson, CryoSat Validation Manager. "The students will contribute to the fieldwork by taking and analysing snow and ice samples on the ground along side the UK scientists already in place. Not only will the students gain first-hand knowledge of how important scientific fieldwork is carried out, but they will also gain a deeper insight into the importance of ESA's CryoSat-2 mission to better monitor and understand environmental changes, in particular, changes in ice cover in the polar regions. It should prove a wonderful experience."

The go-ahead to build and launch the CryoSat-2 mission came in February 2006 after the loss of the first CryoSat last October due to a launch failure. The mission's objectives remain the same as before – to measure ice thickness on both land and sea very precisely to provide conclusive proof as to whether there a trend towards diminishing polar ice cover, furthering our understanding of the relationship between ice and global climate.

There is more to the CryoSat mission than engineering and the launch and operation of the satellite - just as important to its success is making sure that changes in ice thickness with time, measured by CryoSat, have the highest possible accuracy. Despite state-of-the-art technology on board, there are still a number of potential sources of error that could creep into the data, which stem from the complex nature of ice and snow.

It is known, for instance, that the signal the satellite receives is sensitive to changes in the properties of the snow and ice. Therefore it is crucial to understand, and then correct for, the seasonal changes that occur naturally. Long-term changes due to climate change can then be determined with the highest possible precision.

With the confirmation that CryoSat-2 will go ahead, validating the CryoSat measurements remain of utmost importance. Validation activities generally require both ground experiments to understand and map the properties of the sea- and land-ice surface layers and airborne measurements that simulate CryoSat radar altimeter acquisitions. For this experiment, an Air Greenland Twin Otter coordinated by the Danish National Space Centre is responsible for airborne acquisitions and uses the ASIRAS radar altimeter on-board to simulate CryoSat measurements. Following the experiment, the data will be processed and compared to the in-situ measurements on the ground.

"The key to the success of the campaign activities is to coordinate all the ground and airborne experiments. This means, for instance, that the planes have to fly very precise tracks so that the measurements taken from the plane match those taken by the scientists on the ground. If we are more than 10 metres off track, all the data and efforts are wasted," stated Sine Hvidegaard from the Danish National Space Centre. “This is quite a challenge for us.”

Led by Dutch polar explorer Marc Cornelissen, the students from the Climate Change College will set up camp next week on the ice at point T05 on the EGIG (Expédition Glaciologique Internationale Groenland) line. With around 15 years experience exploring the Arctic, Cornelissen is passionate about the polar environment and dedicated to bringing about awareness of the environment and contributing to a better understanding of climate change. This is what led him to initiate the Climate Change College, which is sponsored by Ben & Jerry's – the ice cream company, and supported by the WWF.

The aim of the college is to give students the opportunity to experience first-hand the fragile environment of the Arctic and the skills to be 'ambassadors' with the task of inspiring businesses and the public to address the issue of climate change.

Cornelissen stated that, "I really look forward to taking the students to a region where climate change is affecting the local Inuit culture and where scientists work under challenging conditions to better understand the scale and global impacts of climate change. This experience is exactly what they need to become convincing climate change ambassadors."

Cornelissen has already been involved in CryoSat validation work, when last year, during his Pole Track 2005 expedition to the North Pole he collected a set of snow depth measurements following a protocol that had been developed with ESA.

Cornelissen and the students are currently making their way to the Arctic; their first stop will be Kangerlussuaq in Greenland then through to Ilulissat and arrive at T05 on 3 May.