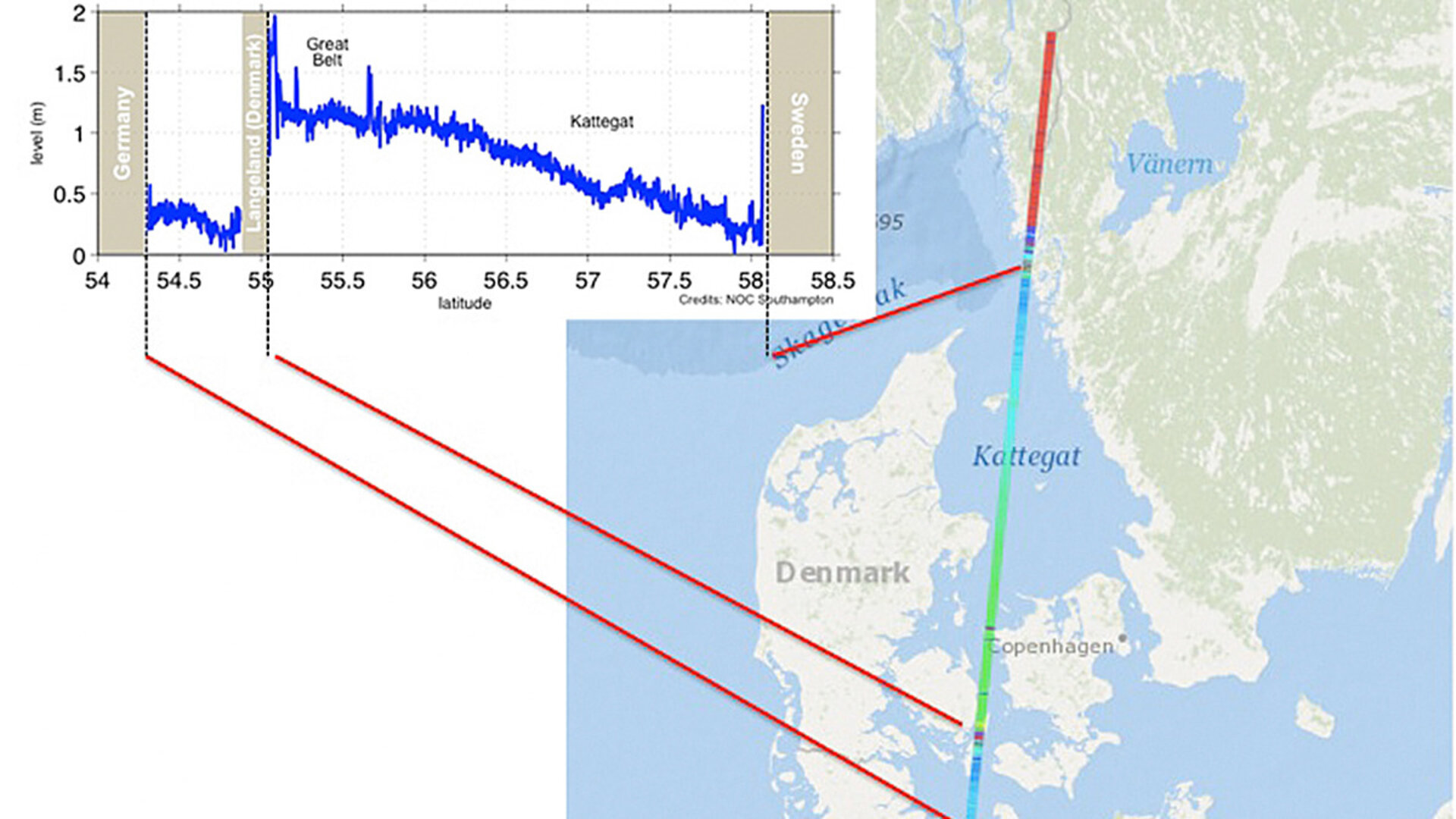 ESA’s CryoSat satellite measured the storm surge from the recent North Sea storms, as high waters passed through the Kattegat sea between Denmark and Sweden.

Since the storm coincided with a period of high tides in the North Sea, there were extremely high sea levels – a ‘storm surge’. In the UK, sea levels were at their highest since the 1953 North Sea Floods, while in Germany, parts of Hamburg were flooded.

On Friday night, CryoSat passed over Kattegat, providing an estimate of total water levels. The observations matched predictions, helping to confirm these models.

The measurements were made by CryoSat’s radar altimeter that – although designed to measure sea-ice thickness – is providing outstanding results over sea and, especially, coastal areas.

Until recently, altimeter measurements of sea-level height could only be made over open oceans because of land interference closer to the coast. In the last few years, however, progress has been made in reducing these effects, also thanks to the new generation of radar altimeters being heralded by CryoSat. This has allowed scientists not only to map water levels closer to the coast, but also profile land surfaces and inland water targets such as small lakes, rivers and their intricate tributaries.

Altimeter measurements from space can be used to validate storm surge models as well as provide near-realtime information that can be incorporated into predictions. Under ESA’s Data User Element, the eSurge project is helping to optimise the use of altimetry and other types of satellite data to improve storm surge forecasting.

The importance of realistic storm surge models was recently demonstrated by the devastation caused by Typhoon Haiyan in south Asia, where over 5900 people lost their lives in the Philippines alone.

“Even a small improvement to a storm surge model can have a significant impact in terms of the accuracy of warnings, and the potential to protect lives and property,” noted Kevin Horsburgh from the UK’s National Oceanography Centre.

The upcoming Sentinel-3 mission being developed for Europe’s Copernicus programme will carry altimeters similar to those on CryoSat, delivering more input for applications such as predicting storm surges.