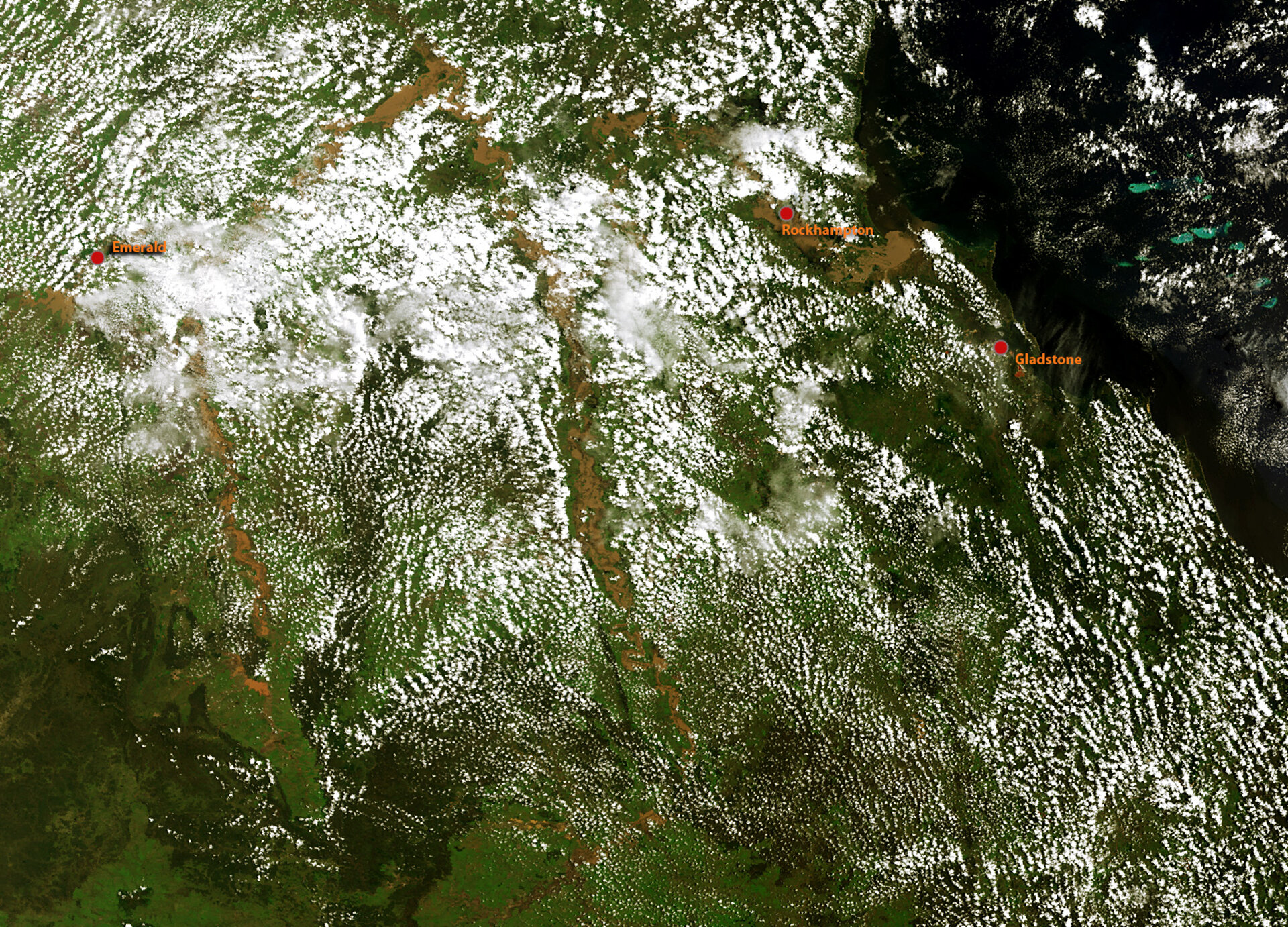 This image acquired by Envisat on 2 January shows the inundated areas currently causing misery in Australia's northeastern state of Queensland.

Over the last days, these floodwaters have left an area the size of France and Germany put together under a sea of muddy water – Australia's worst flood disaster in 50 years.

The image shows an area measuring approximately 450 km from east to west and about 350 km north to south. Although much of the ground is shrouded by cloud, the murky brown river flood water can clearly be seen.

Worst hit is the coastal town of Rockhampton which is almost cut off by the flooded Fitzroy River as it makes it way towards the ocean. The river water is thought to have peaked on 5 January at 9.2 m but more rain is expected. The floods have forced people out of their homes, ruined crops and caused damage to Queensland's transport infrastructure.

This image was acquired by Envisat’s Medium Resolution Imaging Spectrometer on 2 January at a resolution of 300 m.

ESA published an image of the same area on 10 December 2010 before the flood, which is interesting for comparison.