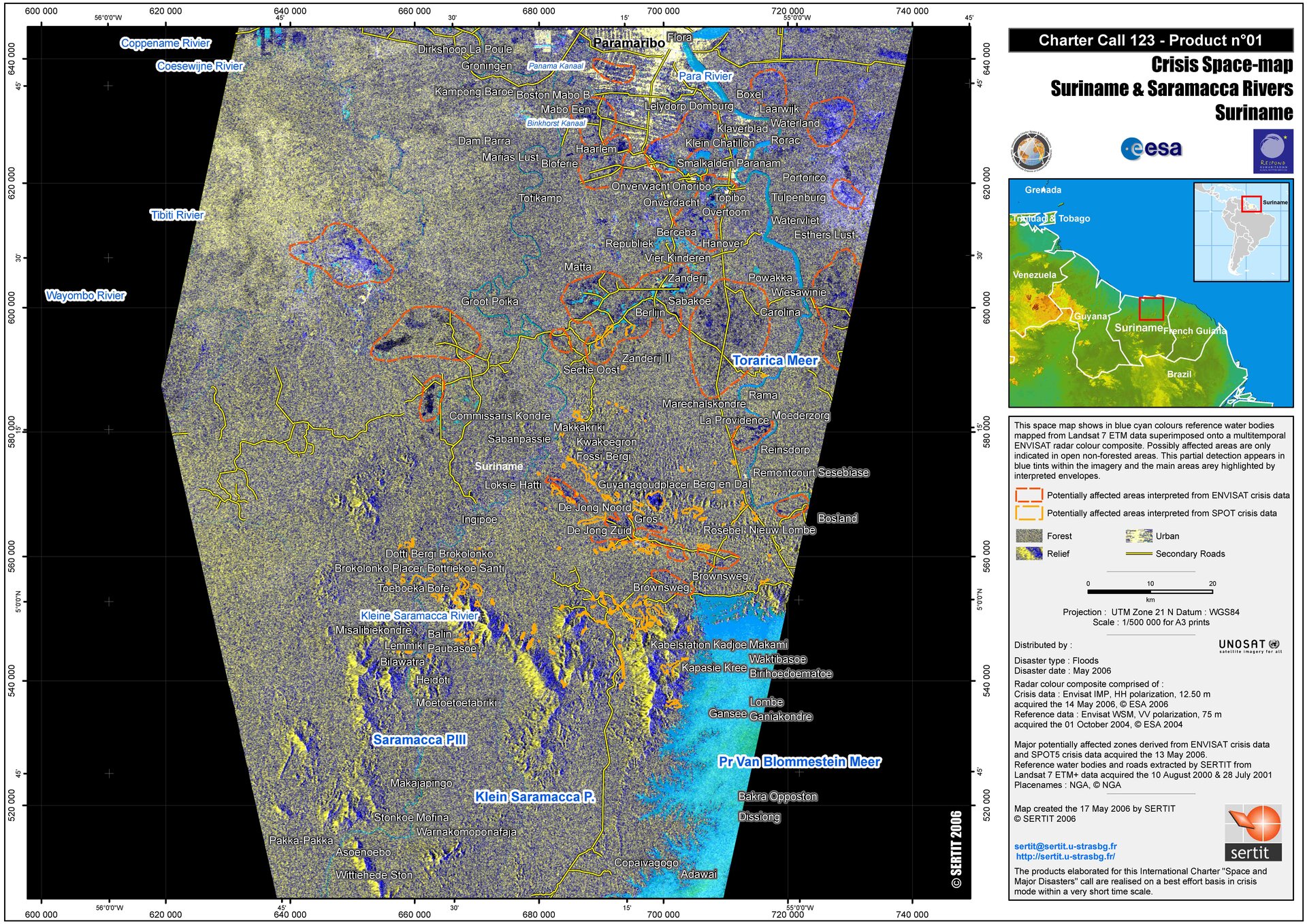 At least three people have been killed and an estimated 25 000 people have been displaced in Suriname as a result of flooding caused by torrential rains since 1 May. Approximately 25 000-30 000 square kilometres are currently under water, and the government has declared the southwest and central lowlands disaster zones.

In response to the crisis, the U.N. Office for the Coordination of Humanitarian Affairs (OCHA) has called for helicopters to deliver relief supplies. According to media reports, a Dutch relief plane flew blankets, stretchers, tarpaulins and mosquito nets to the area on Monday. The Suriname military is also reported to have been distributing food packages and hygienic items.

According to OCHA, an increase in the number of respiratory infections has been reported and stored rainwater, used for drinking, is quickly diminishing. Malaria is also a growing concern as it is endemic in the interior of Suriname.

In order to observe the crisis, the U.N. Office for Outer Space Affairs (UNOOSA) requested maps of the area from the International Charter "Space and Major Disasters".

This map, provided by GMES Respond over the area south of Paramaribo to Pr. Van Blommestein Meer, was comprised of ESA Envisat satellite imagery and complemented by Spot 5 satellite data. The data covering water bodies were derived from NASA’s Landsat 7 satellite.

Areas outlined in red and orange are potentially affected flooded areas as derived from Envisat, using its Advanced Synthetic Aperture Radar (ASAR) instrument, and Spot 5 respectively. The actual image, in which the vector information is overlain, is a multitemporal Envisat ASAR image composed of two images: one acquired on 1 October 2004 and another on 14 May 2006.