Despite having completed its mission in orbit over six years ago, ESA’s GOCE gravity mapper continues to yield new insights into our planet. Thanks to this extraordinary satellite, scientists now have a much clearer view of the secrets that lie deep below one of the most remote parts of the world: Antarctica. And while the vast expanse of white ice above may appear relatively uniform, it is a very different story below the bedrock.

A layer of ice up to 4 km thick, fierce winds and temperatures that can reach –60°C make Antarctica one of the harshest environments on Earth. This, coupled with the remoteness of this vast icy continent, means that it is difficult and expensive to carry out scientific research, particularly into what lies beneath deep below. Thankfully, data collected from space can offer information that field experiments alone cannot.

A paper, published recently in the Journal of Geophysical Research: Solid Earth, describes how scientists used gravity data from the GOCE satellite mission along with seismological models to reveal unprecedented insight into the crust and upper mantle, otherwise known as the lithosphere, below this frozen continent. 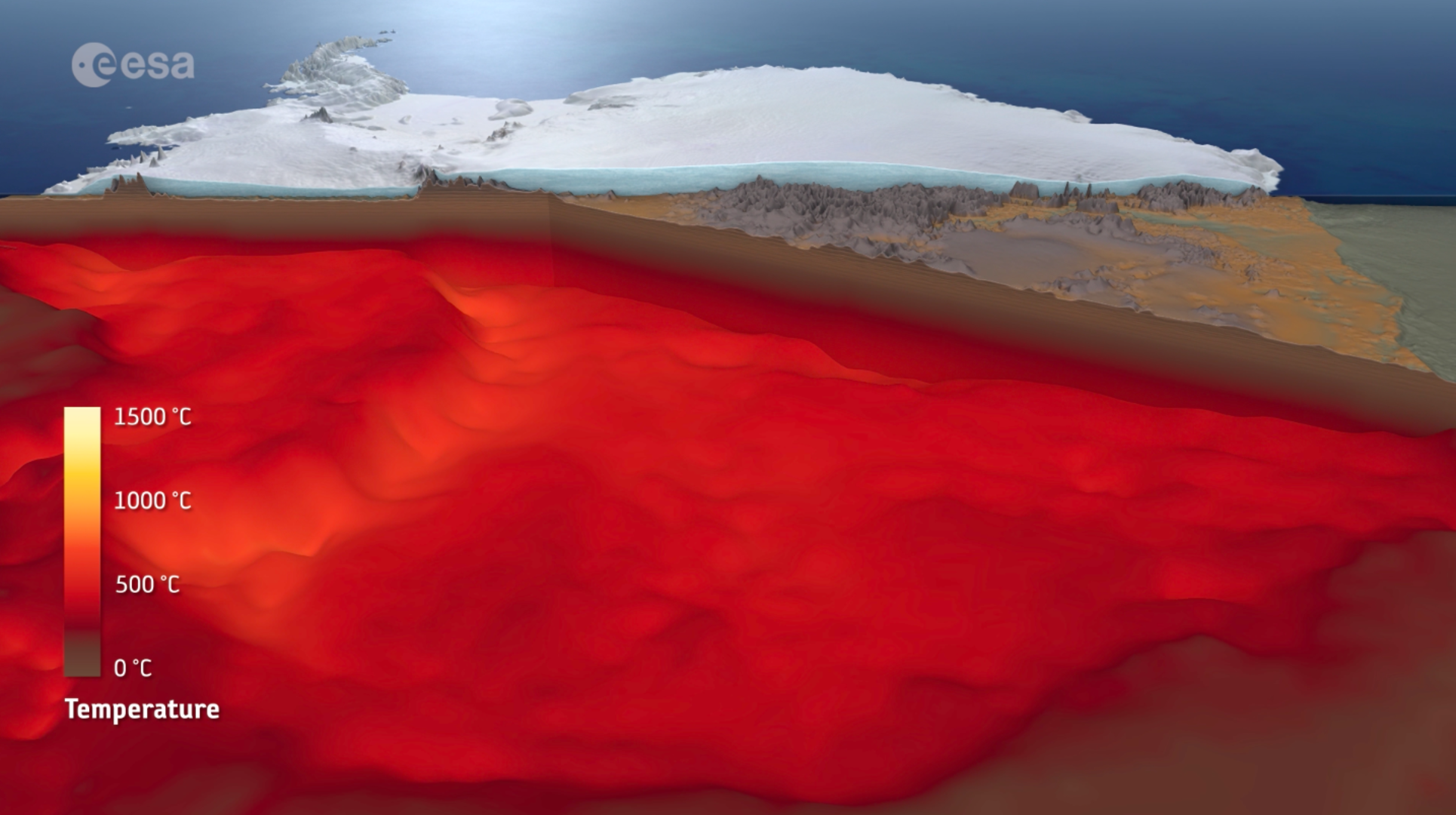 Dr Pappa from Kiel University in Germany, said, “We are now able to draw conclusions about such things as the depth of the transition from crust to mantle – and these measurements are dramatically different over the 14 million square kilometre region.

Their new view of the deep 3D structure of the Antarctic has also led to findings about ‘glacial-isostatic adjustment’.

Wouter van der Wal, from Delft University of Technology in the Netherlands, said, “This is a key process that determines how the continent responds to current and past ice-sheet thinning.

“We found large variations in mantle temperature beneath the continent, which lead to the uplifting and subsiding of the ground with very different speeds across the continent. These new constraints on crustal and lithosphere thickness are also pivotal in the quest to estimate Antarctic geothermal heat flux and how it affects subglacial melting and ice sheet flow.”

Dr Pappa added, “These are natural interactions between the ice and the solid earth. Until now, it was not possible to examine these processes more closely in the Antarctic in detail due to a lack of Earth models.”

These new findings about the deep structure of Antarctica are also crucial for understanding tectonics.

Fausto Ferraccioli, from the British Antarctic Survey, remarked, “Further findings that we can derive from the study concern the former connections between Antarctica and other continents such as Australia, Africa and India.”

The research was funded by ESA’s GOCE+Antarctica 3D Earth projects. The international consortium of both projects consists of nine institutions in six European countries.

ESA’s Roger Haagmans noted, “These are important findings also in the context of understanding sea-level change as a consequence of ice loss from Antarctica. When ice mass is lost, the solid Earth rebounds and this effect needs to be accounted for in ice volume changes. This can be better determined once the structure and composition of the Earth interior are better understood.”