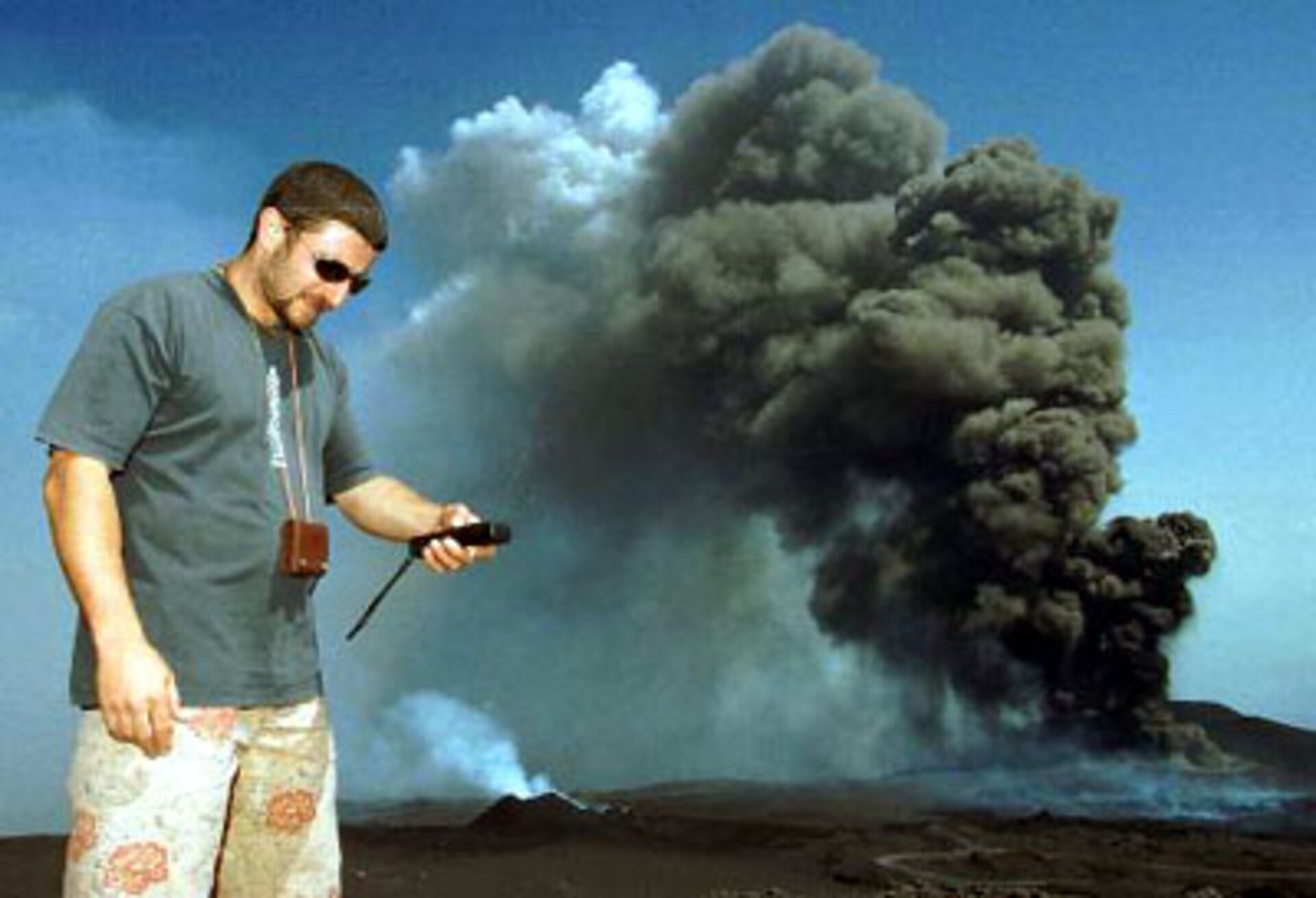 In the first major eruption since 1992, Etna, Europe’s most active volcano, is spewing out lava, ash, smoke and rocks in a pyrotechnic display which is threatening nearby towns and infrastructure. Instruments on board ESA’s European Remote Sensing satellite ERS-2 are carefully monitoring the volcano’s activity.

Although residents of the nearby village of Nicolosi in Sicily, Italy, are used to the 3310-metre volcano springing into life every few months, this is the first major eruption since 1992, when for the first time explosives were used to deviate the flow of lava away from populated areas. For more than two weeks the Italian authorities have been working day and night, trying to divert the flow of lava which is rolling down Etna’s slopes at speeds which can reach 2 metres per minute. A Herculean task which has to be repeated, as quickly as possible, each time the lava overruns the man-made barriers.

Instruments on board ERS-2 monitor the volcano’s movements, temperature and gas emissions. The most recent images from the Global Ozone Monitoring Experiment (GOME) instruments, which provide information on trace gas levels in the atmosphere, show that the level of sulphur dioxide released by the volcano are ten times higher than normal. This area of high concentration can be found up to 1000 km away and covers an area almost the size of Germany.

Another instrument on board ERS-2, known as the Along Track Scanning Radiometer (ATSR), measures the temperature of the Earth’s surface and clearly shows the plume of smoke arising from the volcano’s crater. By combining images from ATSR and GOME it can be seen that the visible plume of the volcano, consisting of water vapour and dust, has a far smaller extent than the chemical pollution in the atmosphere.

Monitoring Etna is not just a one-off operation. It is now over 10 years since ESA’s ERS satellites first began providing environmental data. Instruments on board the ERS satellite constantly keep watch over the Earth and provide precise and timely environmental data for users. In fact, the Synthetic Aperture Radar (SAR) data provided by ERS-1 and ERS-2 have been a new source of information for vulcanologists who use a complex technique called SAR interferometry, to track vertical movements of the volcano with a centimetre precision.

Volcanoes are unpredictable and Etna is no exception. Says Wolfgang Lengert, ESA ERS Mission Coordinator, “no-one can say for sure when this latest eruption will stop but the valuable data supplied by 10 years of SAR data from the ERS satellites is one of the tools that will be used to better understand this volcano.”

Once Envisat, ESA's newest satellite for environment monitoring, is launched in a few months time, vulcanologists will have yet more and better data to add to that already supplied by ERS, to help them with their studies of Mount Etna.