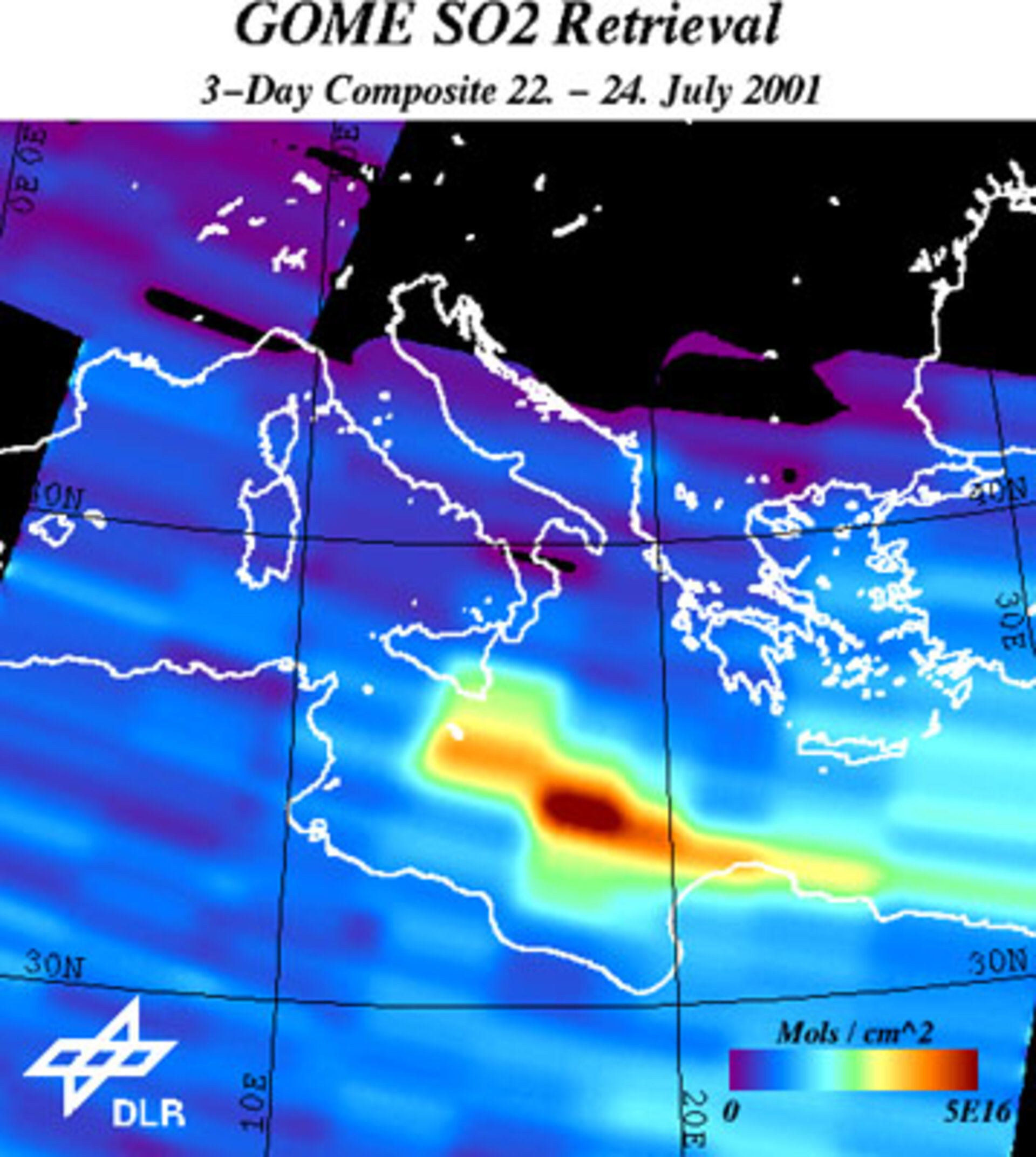 Scientists of the German Space Agency (DLR) in Oberpfaffenhofen have been monitoring the eruptions of the Etna volcano since mid July using the GOME instrument on board ERS-2. The satellite data show a region southeast of Sicily where the atmosphere is polluted with a concentration of sulphur dioxide up to 10 times higher than normal. To give an idea of the scale, the size of the area of dense concentration is nearly the same as Germany.