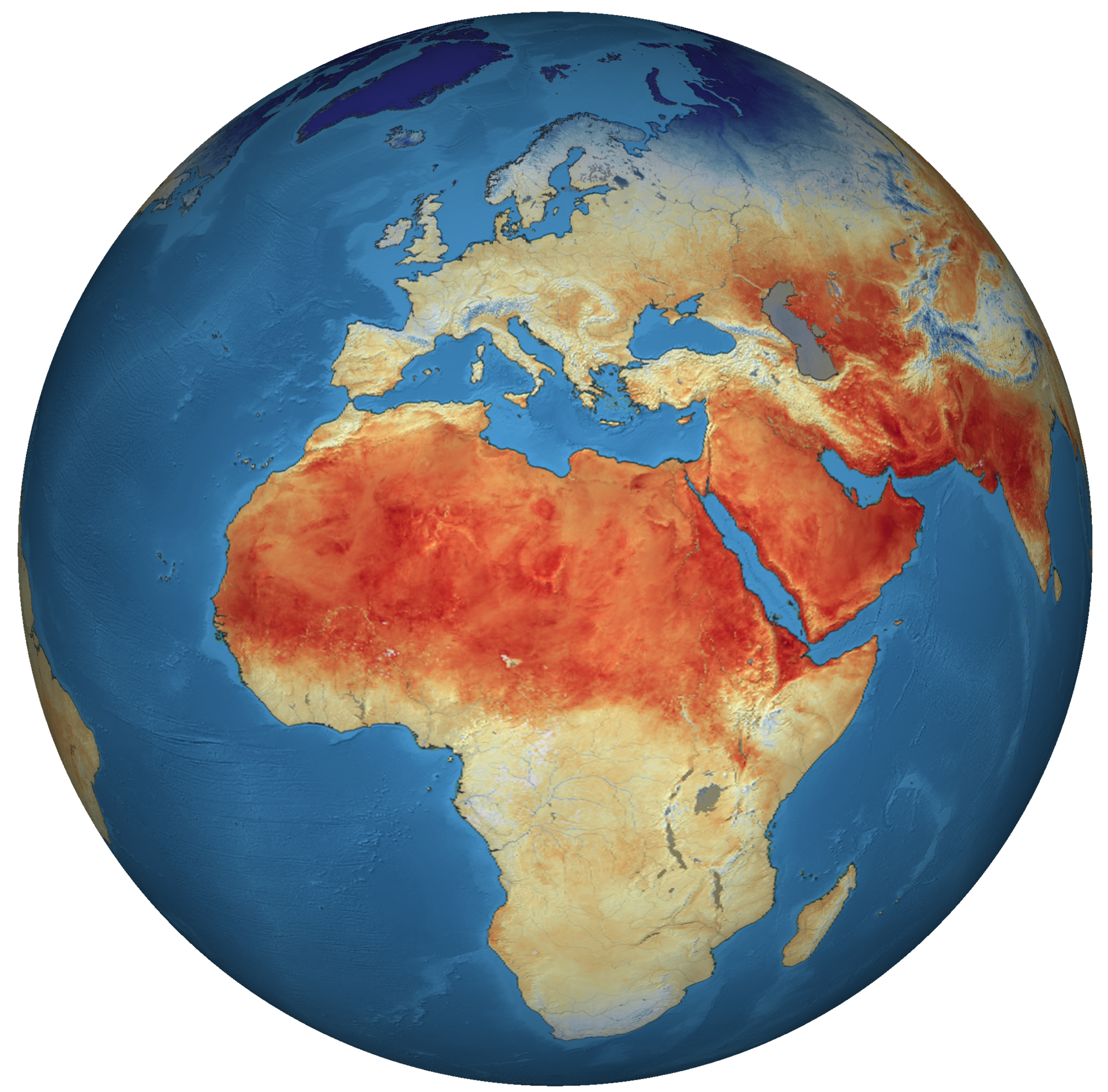 A bright red twin-engined aircraft, equipped with ultra-high-resolution thermal imaging technology has been scouring the agricultural heartlands of Europe this summer. It was no search and rescue exercise, but an initial step towards building a proposed new satellite system capable of recording the temperature of Earth’s skin in intricate detail.

The objective is to work towards increasing the resilience of agriculture to future water scarcity and variability, but it will also deepen our understanding of Earth’s climate system.

The instrument on board, called HyTES, is an advanced thermal imager built by NASA’s Jet Propulsion Laboratory. It has been surveying agricultural and urban areas in the UK and Italy as part of a joint airborne campaign between ESA and NASA.

The results will help provide test data to support the development of the proposed Land Surface Temperature Monitoring (LSTM) mission, which is one of six new missions being considered for Europe’s Copernicus programme. As with the Copernicus Sentinel missions, these new missions are being developed by ESA.

The campaign also supports the development of ESA’s Earth Explorer FLEX mission, which will improve our understanding of the way carbon moves between plants and the atmosphere and how photosynthesis affects the carbon and water cycles.

The test flights are helping to specify the best spectral band positions to be adopted by the mission,” said Dr Darren Ghent, of the University of Leicester and a member of the LSTM Mission Advisory Group. He noted the test data will help his team develop the algorithms for producing accurate thermal maps of the land surface.

From a low-Earth, polar orbit, the proposed Copernicus LSTM mission would map both land-surface temperature and rates of evapotranspiration, comprising the water vapour emitted by plants as they grow, in unprecedented field-scale detail. It would deliver information at 50 m resolution – 400 times finer than is currently acquired operationally from space-based thermal instruments such as the sea and land surface temperature radiometer on Copernicus Sentinel-3.

Dr Ghent continued, “In an urban context, this will help to understand and model thermal activity and ventilation in and around individual cities and inform planning and ‘climate-adaptive’ building design to deal with heatwaves such as those experience in western Europe during June.

“The data, however, will be equally, if not more relevant, in a rural setting, with major benefits relating to food production and sustainable water use. At the expected resolution it will be possible to monitor the temperature of individual fields, enabling growers to tailor irrigation regimes to specific crops and locations.”

Under water stress, plants reduce or cease the rate of water loss from their leaves reducing the productivity of the crop. This is closely related to the land-surface temperature, which can be detected from space before visible symptoms appear in crops.

The population of Earth is expected to surpass nine billion by 2050, a 30% increase from today, and will place pressure on finite water resources in the future.

Dr Ghent added, “Agriculture already accounts for the use of 70% of global freshwater. Increased water withdrawals to keep up with future food demands combined with water scarcity and variability issues due to the effects of climate change will be challenging.

“The field-level temperature information from LSTM will increase the efficiency of individual farms in a changed environment.”

Accurate knowledge of Earth’s skin temperature using satellite-derived information helps to explain the physics at the land-surface, and how energy and moisture are exchanged between Earth’s surface and the air above. This exchange is important for monitoring drought, changes in vegetation and the stability and extent of permafrost.

As part of ESA’s Climate Change Initiative, a research team, led by the University of Leicester, is already working to develop and extend the existing data records of land-surface temperature by merging datasets from a variety of satellites, including ones no longer in operation.

The current data record stretches from 1992 to 2017, but will be extended to 2020 by merging data from the radiometer instrument on Copernicus Sentinel-3 with supplementary data from polar and geostationary satellites to characterise diurnal variation.

Increasing the length and accuracy of climate data records is vital for climate researchers, allowing them to detect small changes in climate with greater confidence.

By running campaigns from a plane, ESA and the European Commission are starting their journey to develop an Earth observation mission that support efforts to increase resilience to future climate change at a resolution that will not only help to understand the role played by the temperature of the Earth’s skin, but also to act to mitigate the increasing water scarcity caused by climate change.