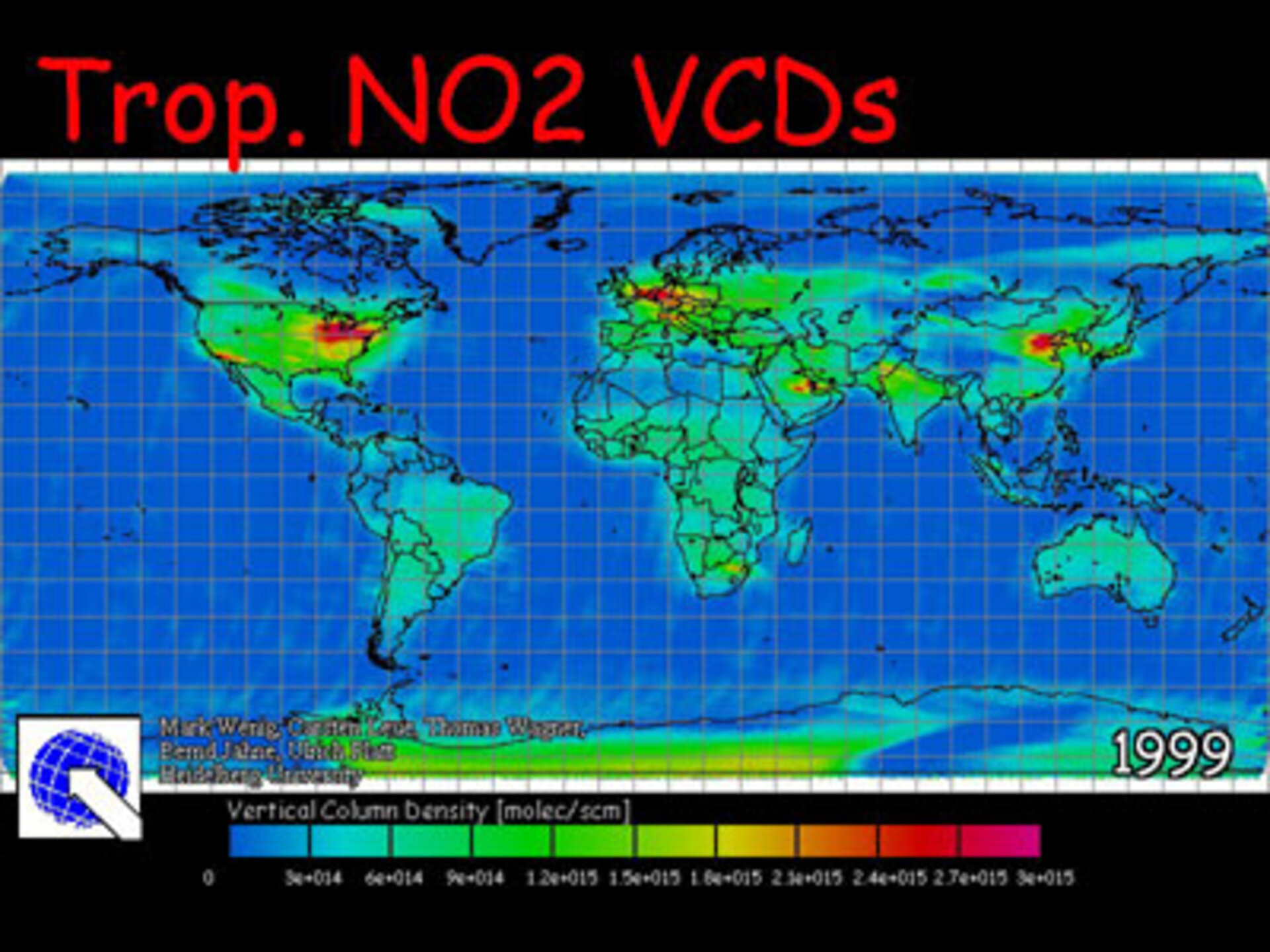 The recent Hague talks on global warming focused attention on the so-called greenhouse gases in our atmosphere. But these gases are only a part of the story. Mankind generates a wide variety of emissions that are changing the chemistry and composition of our planet's atmosphere. Satellite monitoring is helping scientists to understand those changes, track them and plan ways to reduce our environmental impact.

"The atmosphere is a very complex chemical system," explains ESA's Claus Zehner, "and global warming through greenhouse gases is only one of the effects we need to investigate. Here at ESA we facilitate the study of the behaviour of a wide range of gases in the atmosphere. They can tell us a great deal about the effects of man's industrial activities - and also about the relationship between the natural environment and atmospheric chemistry."

Aboard ERS-2 is an instrument called the Global Ozone Monitoring Experiment (GOME). Although designed to detect the presence of total ozone in the atmosphere, the device is able to map the abundance of a wide range of other gases as well. "GOME is a spectrometer which scans the atmosphere below the flight path of the ERS-2 satellite," explains Claus Zehner. GOME gathers sunlight backscattered by the atmosphere and scattered by the Earth's surface and analyses its spectrum of "colours" from infra-red to ultra-violet. Different chemical "species" absorb specific wavelengths of light, so their presence shows up as absorption bands in the measured GOME spectra.

"GOME looks straight down through the atmosphere to the Earth's surface," explains Zehner, " providing the unique ability to measure on global scale trace gas concentrations in the stratosphere and troposphere".

With the range of wavelengths scanned by the spectrometer, GOME is able to detect and measure levels of ozone, nitrogen dioxide, sulphur dioxide, formaldehyde, bromine and chlorine compounds, and water vapour, painting a picture of the complex chemistry of the atmosphere on a worldwide scale.

Scientists around the world are using GOME data in a variety of projects. Many are focused on the detection of natural and man-made air pollution emission sources from space. The following have been measured by GOME:

GOME can produce a global map every three days, so it is possible to chart changes and developments in atmospheric chemistry as they happen. The GOME scan can also be combined with other satellite data to help build up a clearer picture of what's going on below. For example, if the ATSR infra-red detector on ERS-2 detects a "hot-spot" that might indicate a forest fire, and at the same time, GOME is seeing the tell-tale signature of increased nitrogen dioxide, then the chances are high that there is a major forest fire raging.

GOME could play a crucial role in monitoring industrial emissions. The instrument has already detected pollution hot-spots on the Szechuan plateau - a heavily industrialised area of China which sits in a natural bowl formed by the surrounding mountains, around the Po valley in Italy; and over Bucharest, Romania.

"The scientific community is only beginning to develop this technology," says Zehner, "but GOME data, and its three successor instruments on Envisat, will be an important tool in our efforts to battle environmental pollution and climate change in the 21st century."