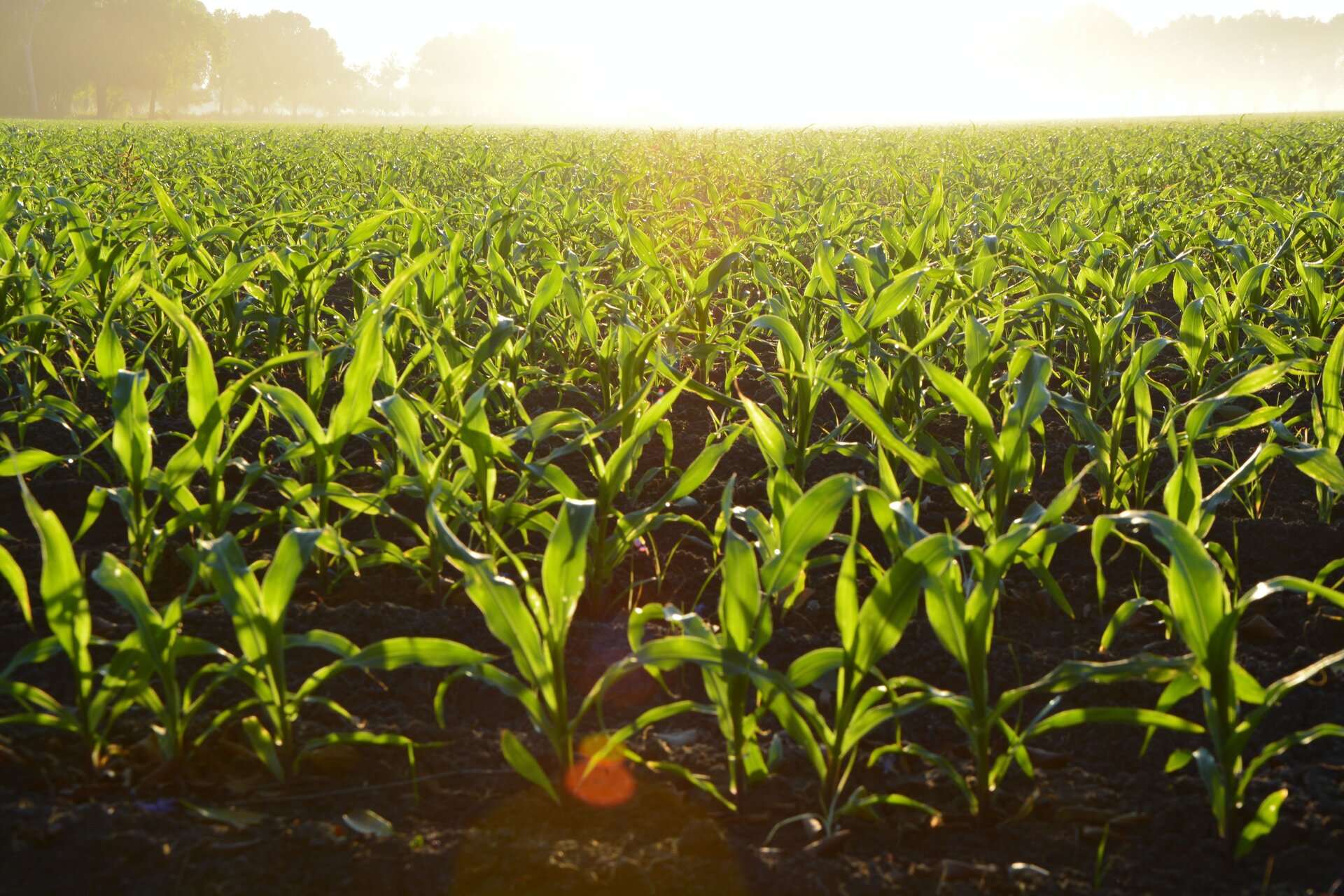 Freshwater is vital to life – but a growing global population, economic development and the effects of climate change are putting mounting pressure on this precious finite resource. Globally, agriculture accounts for 70% of all freshwater consumed, so efficient water management is essential. An ESA project that focuses on fusing data from two different Copernicus Sentinel missions is providing estimates of evapotranspiration, which is not only key for sustainable agriculture, but also important for water resource management and for a number of the United Nations’ Sustainable Development Goals.

Evapotranspiration is the process where water is transferred from the land to the atmosphere by evaporation from soil and other surfaces and by transpiration from plants.

The right amount of irrigation is, of course, a principal factor in keeping crops healthy. By monitoring evapotranspiration, crops suffering from water stress can be identified, even before any visible signs of damage have occurred.

At the same time, values of evapotranspiration can also be used to monitor the amount of water used in irrigation to make sure that water consumption remains sustainable. 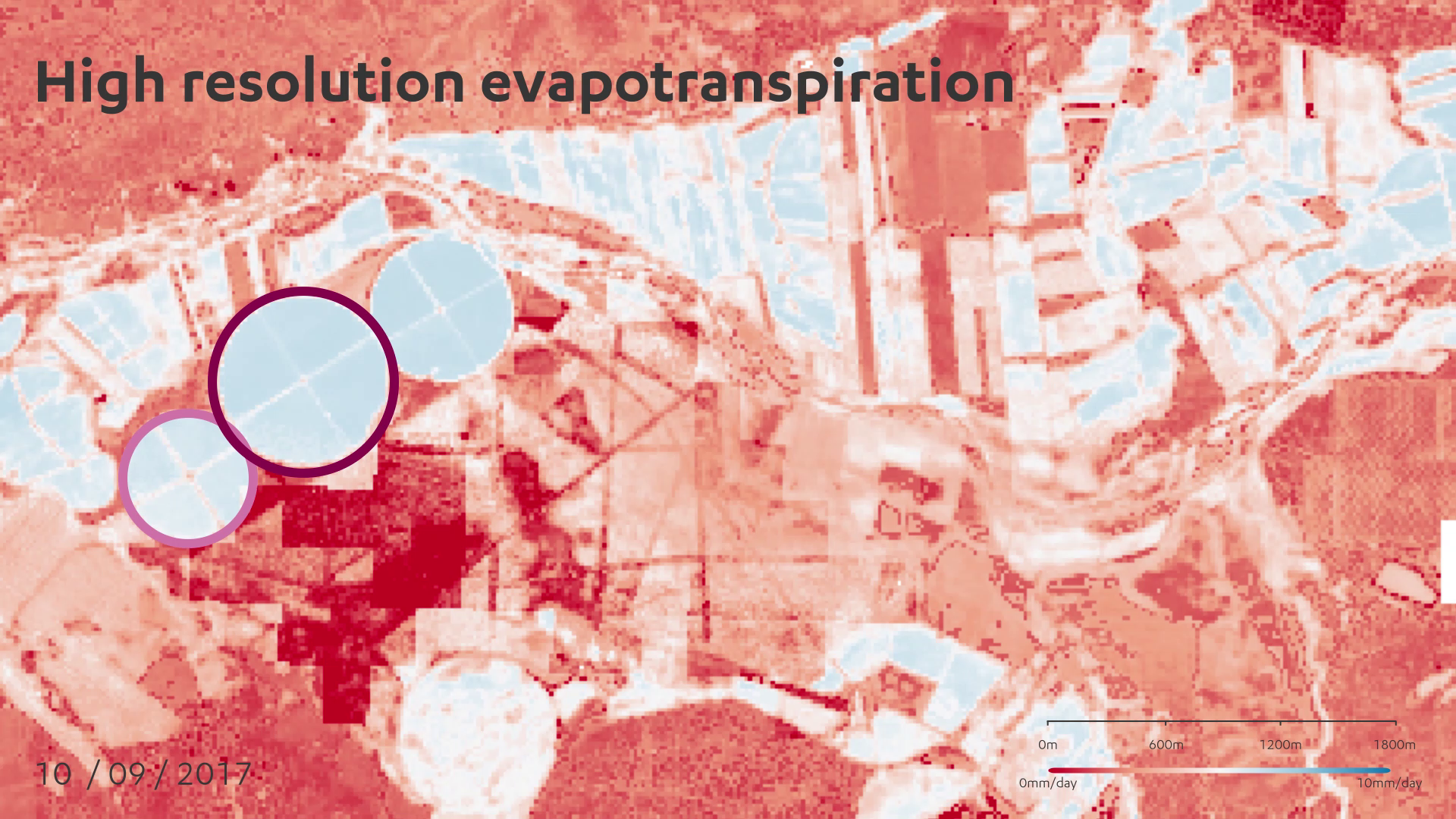 Data from the Copernicus Sentinel-2 and Sentinel-3 satellite missions are already used extensively for a range of agricultural applications, but to derive measures of evapotranspiration at the scale of a single field, optical and thermal data from these two missions have to be combined.

Both satellite missions carry camera-like instruments, but they deliver images at different resolutions and there is also a difference in the time it takes them to revisit the same place on Earth. For example, Sentinel-2’s multispectral instrument acquires images at a resolution of 10–20 m every three to five days, while Sentinel-3’s sea and land surface temperature radiometer acquires thermal images daily at a resolution of around 1 km.

To make these different resolutions of data work together so that growers have information to optimise irrigation at field scale, innovative machine-learning data fusion is needed.

Through ESA’s Sentinels for Evapotranspiration project, or Sen-ET for short, three companies – Denmark’s DHI GRAS, Spain’s Institute of Agrifood Research and Technology (IRTA) and Denmark’s Sandholt – have worked on an open source tool to merge data from both missions to realise maps of evapotranspiration at a smooth 20 m resolution.

DHI GRAS’ Radoslaw Guzinski said, “By combining machine-learning sharpening methods and physical models of land-surface processes we are able to optimally fuse the unique characteristics of the Copernicus Sentinel-2 and Sentinel-3 satellites. The resulting evapotranspiration maps, which cannot be produced by relying on one satellite type alone, show that the Sentinel constellation is larger than the sum of its parts.”

ESA is working with FAO to develop tools such as Sen-ET for the full use of the Copernicus Sentinels in responding to FAO’s information needs at national to global scales.

According to the recently published UN World Water Report, global water use has increased by a factor of six over the past 100 years, and continues to grow at a rate of about 1% per year as a result of increasing population, economic development and shifting consumption patterns. This, coupled with the effects of climate change, will not only set to make the situation worse in regions that already lack water, but is also likely to lead to issues in places where water is plentiful today.

The report also mentions that Earth-observing satellites can help identify trends in precipitation, evapotranspiration, snow and ice cover, melting, as well as runoff and storage, including groundwater levels.

While the Sen-ET project focuses on evapotranspiration, numerous satellite missions built by ESA can also be used to study and monitor many aspects of Earth’s water cycle and to provide key information that goes towards helping address some of today’s biggest environmental and societal challenges.

Moreover, ESA continues to develop and build satellites such as the upcoming suite of Copernicus high-priority candidate missions to address societal needs.

ESA’s Benjamin Koetz, noted, “One of the six missions we are developing is the Copernicus Land Surface Temperature Monitoring mission, for example. We are designing this mission to carry a high spatial-temporal resolution thermal-infrared sensor to provide unprecedented observations of land-surface temperature at field scale that will improve evapotranspiration monitoring even further. These measurements are key to understanding and responding to climate variability, manage water resources for agricultural production, predict droughts and also to address heatwaves.”