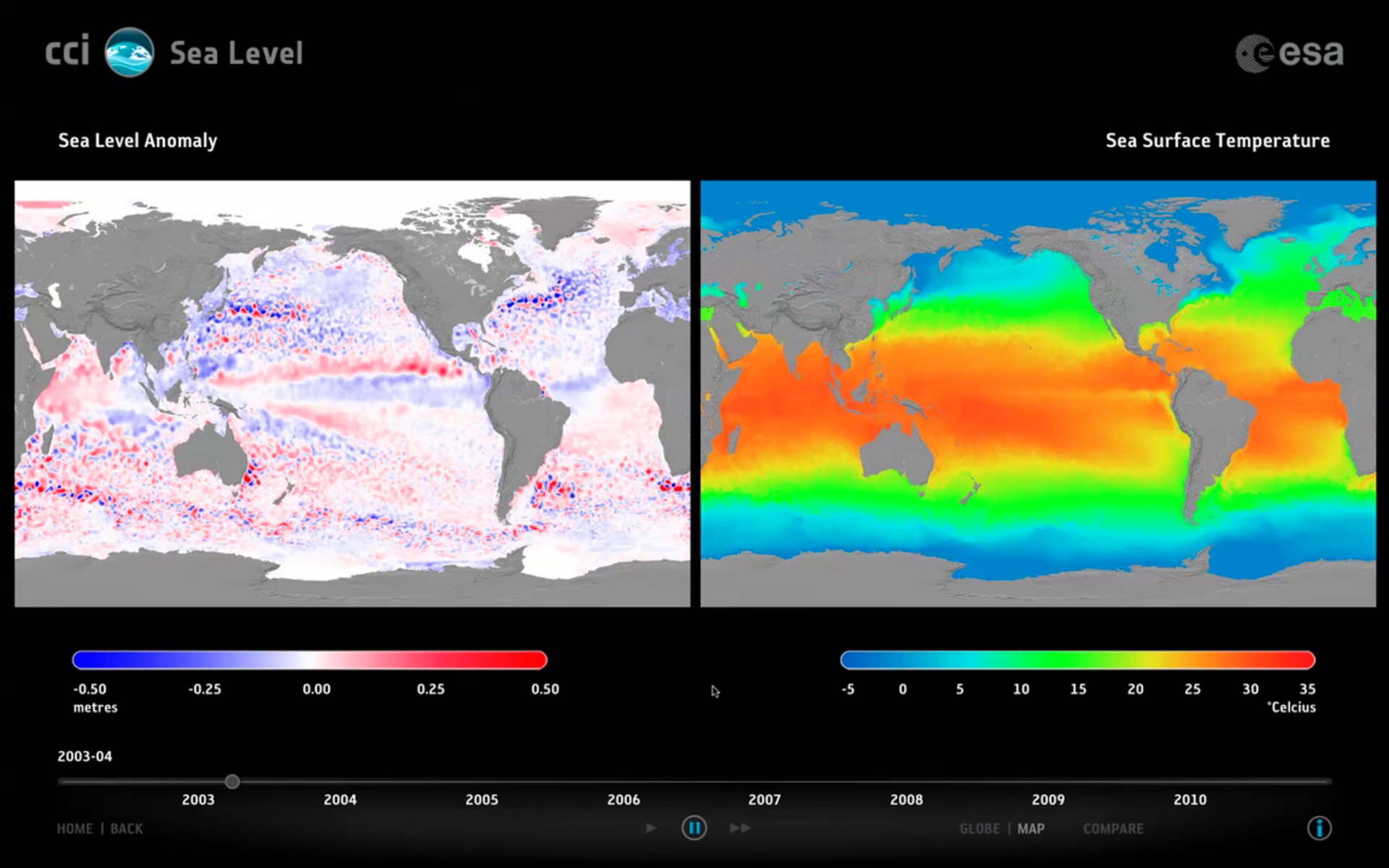 How do measurements from satellites flying above Earth provide essential information on the effects of climate change on our planet? Scientific and political organisations considered the question in London today.

The initiative is the world’s largest coordinated programme for providing data from space on key climate factors for analysing climate change.

UK Minister of State for Universities and Science, David Willetts, highlighted UK capabilities in climate research and praised the international cooperation in this domain. He is pleased that ESA chose Harwell–Oxford as the location for its ESA Climate Office, which opened in 2010.

He also noted how science depends on information from satellites: “When I’m talking to climate change sceptics […] I try to draw on the evidence from our scientists, and the most powerful single evidence that we have on this is the excellent work on the cryosphere in which ESA has played such an important role.”

ESA’s CryoSat satellite has been monitoring changes in the ice sheets that blanket Greenland and Antarctica since its launch in 2010.

Recently, a team of scientists from the UK’s Centre for Polar Observation and Modelling using CryoSat data found that the Antarctic ice sheet is now losing 159 billion tonnes of ice each year – twice as much as when it was last surveyed.

This ice loss greatly contributes to rising sea levels – one of the many devastating effects of climate change.

Sea-surface temperature is another crucial factor – satellites show that a warming trend lasting 30 years has slowed within the last 15 years.

Scientists speculate that one of the causes of this ‘plateau’ in sea-surface temperature could be a change in the exchange of ocean water between warm, surface waters and cold, deep waters below 700 m – as if the warming is ‘hiding’ deep down.

The Director of ESA’s Earth Observation Programme, Volker Liebig, praised the progress of the Climate Change Initiative but also stressed the need for continued measurements from satellites for environmental and climate research.

He noted the “decisive step forward in operational monitoring services” with the Sentinel satellites being developed for Europe’s Copernicus programme.

Using these scientific observations of climate is fundamental for making policies: “Political attention is important to this subject – but political action is most important.”